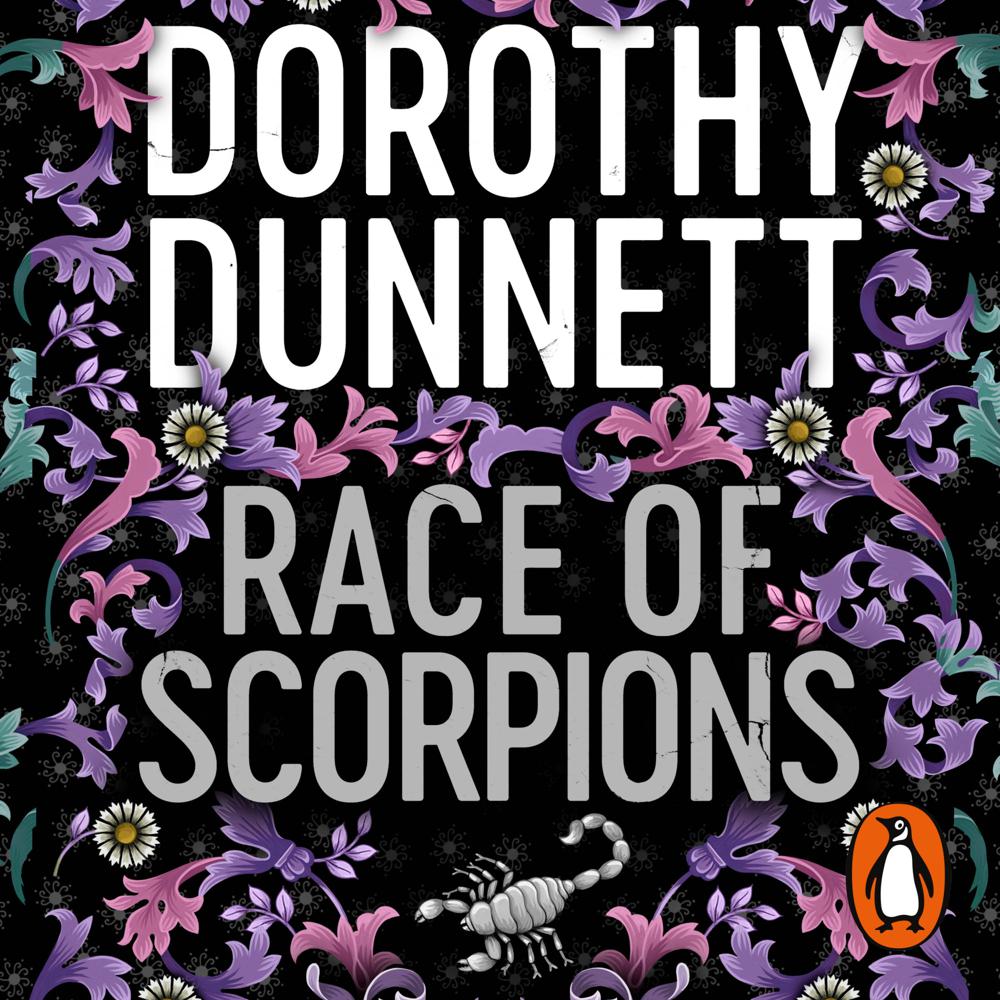 Penguin presents the audiobook edition of Race of Scorpions by Dorothy Dunnett, read by John Banks.

This is the third book in the "House of Niccolo" series. Set in 15th-century Cyprus, this novel continues the saga of Nicholas van der Poel, international mercenary who started out as a dyer's apprentice, as he plays for the highest stakes with the greatest super-powers in Europe.