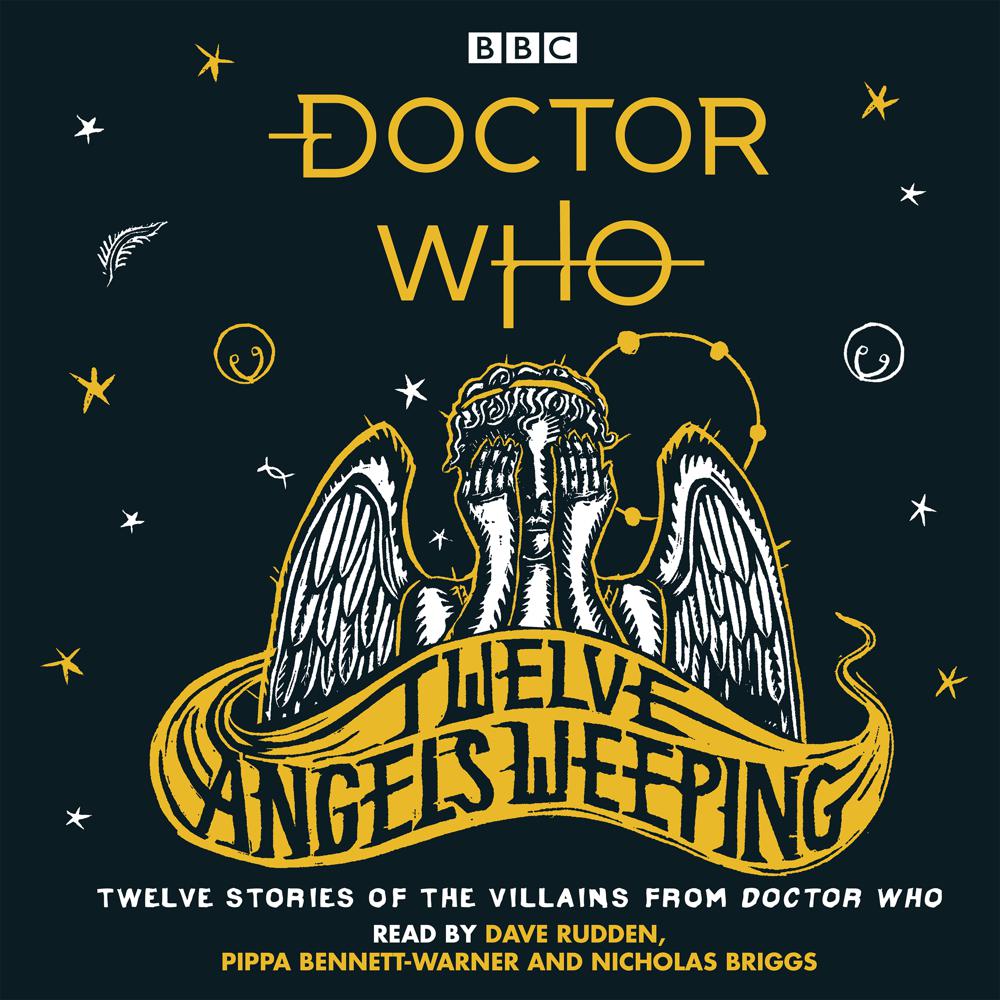 Penguin presents the audiobook edition of Twelve Angels Weeping written by Dave Rudden, and read by the author, Pippa Bennett-Warner and Nicholas Briggs.

Twelve extraordinary Doctor Who stories, each featuring a monstrous villain from the Doctor Who world.

On every planet that has existed or will exist, there is a winter . . .

Many of the peoples of Old Earth celebrated a winter festival. A time to huddle together against the cold; a time to celebrate being half-way out of the dark.

But shadows are everywhere, and there are some corners of the universe which have bred the most terrible things, lurking in the cold between the stars.

Here are twelve stories - one for each of the Twelve Days of Christmas - to remind you that to come out of the darkness we need to go into it in the first place.

We are not alone. We are not safe. And, whatever you do: don't blink.