She Lies in Wait
Gytha Lodge 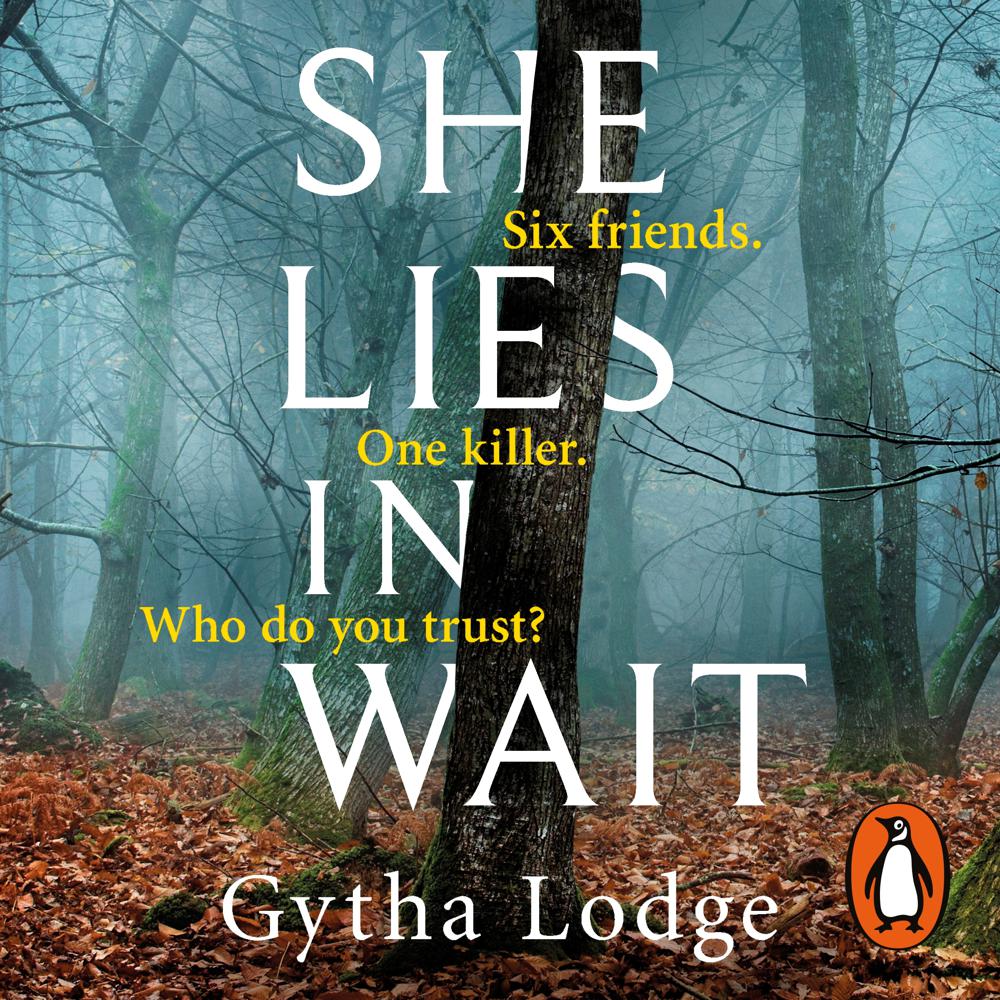 Penguin presents the audiobook edition of She Lies in Wait by Gytha Lodge, read by John Hopkins, Aimee-Ffion Edwards, Joe Coen and Gytha Lodge. Six friends. One killer. Who do you trust? On a hot July night in 1983, six school friends go camping in the forest. Bright and brilliant, they are destined for great things, and young Aurora Jackson is dazzled to be allowed to tag along. Thirty years later, a body is discovered. DCI Sheens is called to the scene, but he already knows what's waiting for him: Aurora Jackson, found at long last. But that's not all. The friends have all maintained their innocence, but the body is found in a hideaway only the six of them knew about. It seems the killer has always lurked very close to home...

I thoroughly enjoyed it - a great evocation of being a teenager, and a tense meshing of time lines. I'm very glad it's the start of a series

Classic detective fiction at its best! Lodge paints an absorbing tale of murder - and more - involving a cast of superbly drawn characters. Rarely does a book so seamlessly blend the past and the present, building edge-of-the-seat suspense to the very final scene, all the while offering up piercing psychological insight

This twisty-turny read is a cut above the rest because of the brilliant writing. 5 *****

Masterful and immersive, told with pace and nuance - totally gripping. The tension wracks up page after page. A fantastic book, a sure-fire bestseller

Slow-burning, yet intense ... Ticks all the crime thriller boxes

Most enjoyable - Gytha Lodge is a skilled storyteller and she weaves such an intricate plot. The book hooked me early on and kept me up way past my bedtime on several nights! The team of detectives Gytha has put together is top notch. All in all, a very satisfying read

An engaging tale of lust, rivalry and murder

Sheens and his team are compassionate, clever, and likeable... The mystery intrigues and twists, offering enough red herrings and moments of police procedural to please fans of the genre. There are already two more DCI Sheens novels in the works - hooray!

Brilliant. We predict she is a big name for the future

An atmospheric debut... Lodge smoothly intercuts the present-day police probe by whip-sharp recent transfer Det. Constable Juliette Hanson and other team members with flashbacks to the last day of Aurora's life as seen through her eyes... This psychological thriller marks a promising start to a planned series

She Lies in Wait drew me in from the very first page. Gytha Lodge has created a compulsive crime novel with a heartbreaking story and a complex plot as well as a whole set of brilliant characters, especially the clever and likeable DCI Sheens. Difficult to put down, it kept me guessing until the end

In this cracking, page-turning thriller, Gytha Lodge brings the reader on a twisty edgy ride, flipping deftly between two timelines as it races towards the reveal. Gripping stuff

Gytha Lodge is an incredibly talented writer and this is an haunting, assured debut that will stay with the reader long after they've finished the last page.

What a marvel! A corkscrew-twisty, knife-sharp thriller - yet it doubles as a tender ode to loss and longing. Prepare to be haunted

Classic detective fiction at its best! Lodge paints an absorbing tale of murder-and more--involving a cast of superbly drawn characters. Rarely does a book so seamlessly blend the past and the present, building edge-of-the-seat suspense to the very final scene, all the while offering up piercing psychological insight that draws us in as completely as the plot.

This enjoyably chilling suspense tale conveys both the thrills and the dangers of being a teenager on the brink of adult independence... The obvious questions of how she died and at whose hand are properly dealt with. But the fascination of this story is in the character studies of the surviving children, all grown up now and participants in a dark mystery that they all wish had never seen the light of day

With a punchy hook, this is the perfect read for a book club

A stunning debut. Brilliantly formed characters and a twisty, clever plot had me turning pages well past my bed time.

An atmospheric thriller that takes the idea of six friends with a dark place in their past and gives it a series of fresh, chilling twists. A novel that literally makes you hold your breath then gasp out loud

A dark, deep, terrific thriller and a scorching portrait of friendship and its betrayal

A stunner, a proper whodunnit. It kept me up well past bed-time, turning those pages. Well-plotted, brilliant characters, beautifully written: a sure-fire hit

I loved it. A SUPERIOR crime book

She Lies in Wait delivers on just about every level - a killer premise, an absorbing plot that twists and turns at just the right pace, and in DCI Jonah Sheens a lead detective who has hit the page fully-formed and instantly likeable. One to watch!

By turns elegant and savage, absorbing and clinical, She Lies In Wait is one of those rare debuts that stops you dead, commands you to turn each page, and leaves you piecing together a story you are desperate to unfold yet loath to finish. Seriously impressive.