Doctor Who: The Secret in Vault 13
David Solomons 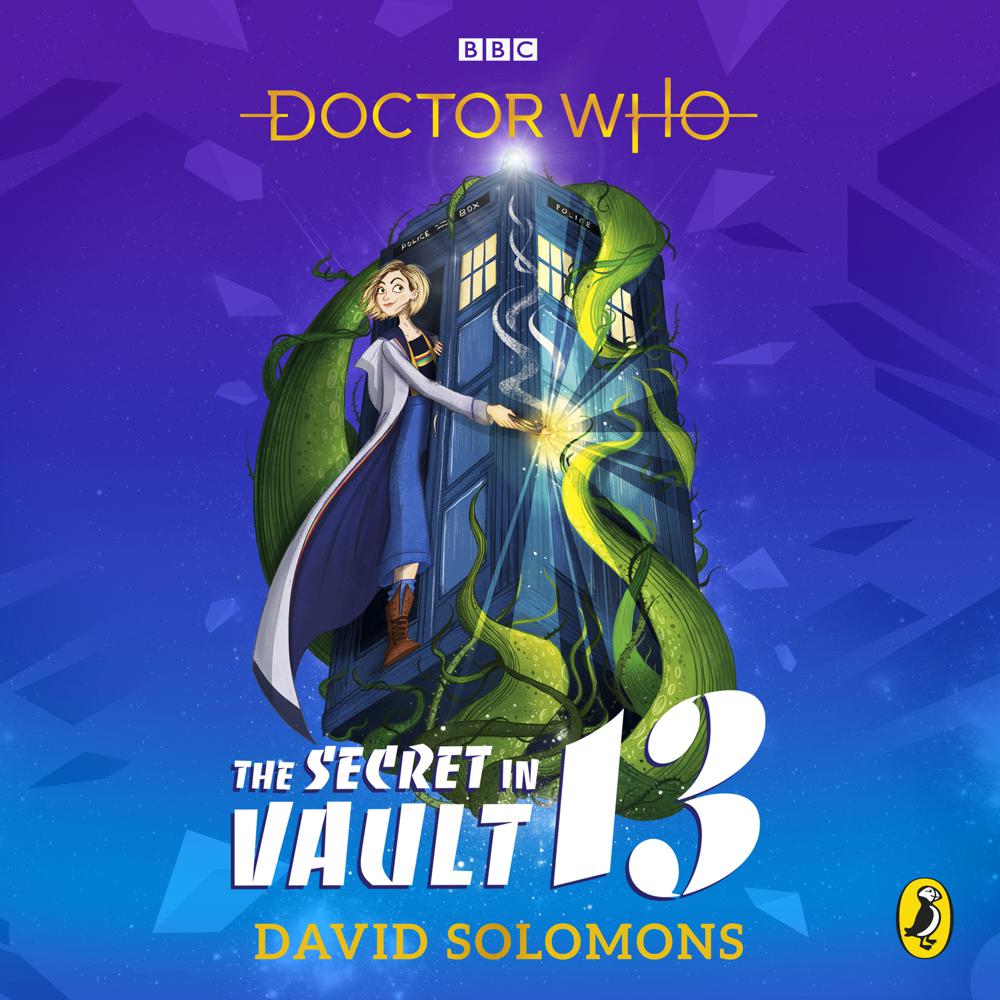 Penguin presents the audiobook of The Secret in Vault 13 by David Solomons, read by Sophie Aldred.
A sinister school where graduation means death . . .
A monstrous mystery lurking below a quiet London street . . .
A desperate plea for help delivered by . . . hang on. A potted plant?

The Doctor has been summoned. The galaxy is in terrible danger, and only a Time Lord can save it. But to do so, she must break in to an ancient vault on a remote and frozen world - from which nobody has ever returned alive . . .

Can the Doctor and her friends Yaz, Ryan and Graham uncover the shocking secret in Vault 13?

A thrilling, hilarious and scary adventure for the Thirteenth Doctor, as portrayed by Jodie Whittaker.

Perfect for younger readers, this will be a must-have for fans, and an ideal introduction to Doctor Who and the brilliant new series airing in autumn 2018.

Fizzes with wit and bold ideas; Solomons writes with confidence and style

This book will be adored by Doctor Who fans and may even create new ones. I am really looking forward to sharing this at school and getting the children's opinions/reviews.

David Solomons's zany, inimitable wit makes for a series of capers that are thrilling and satisfying.

Solomons has woven together an exciting, action-packed, fun-filled plot with unforgettable characters to create this rollercoaster adventure. Whether your youngsters are already confirmed Doctor Who fans, or eager to learn more about this iconic TV character, this amazing adventure is guaranteed to both entertain and amuse.