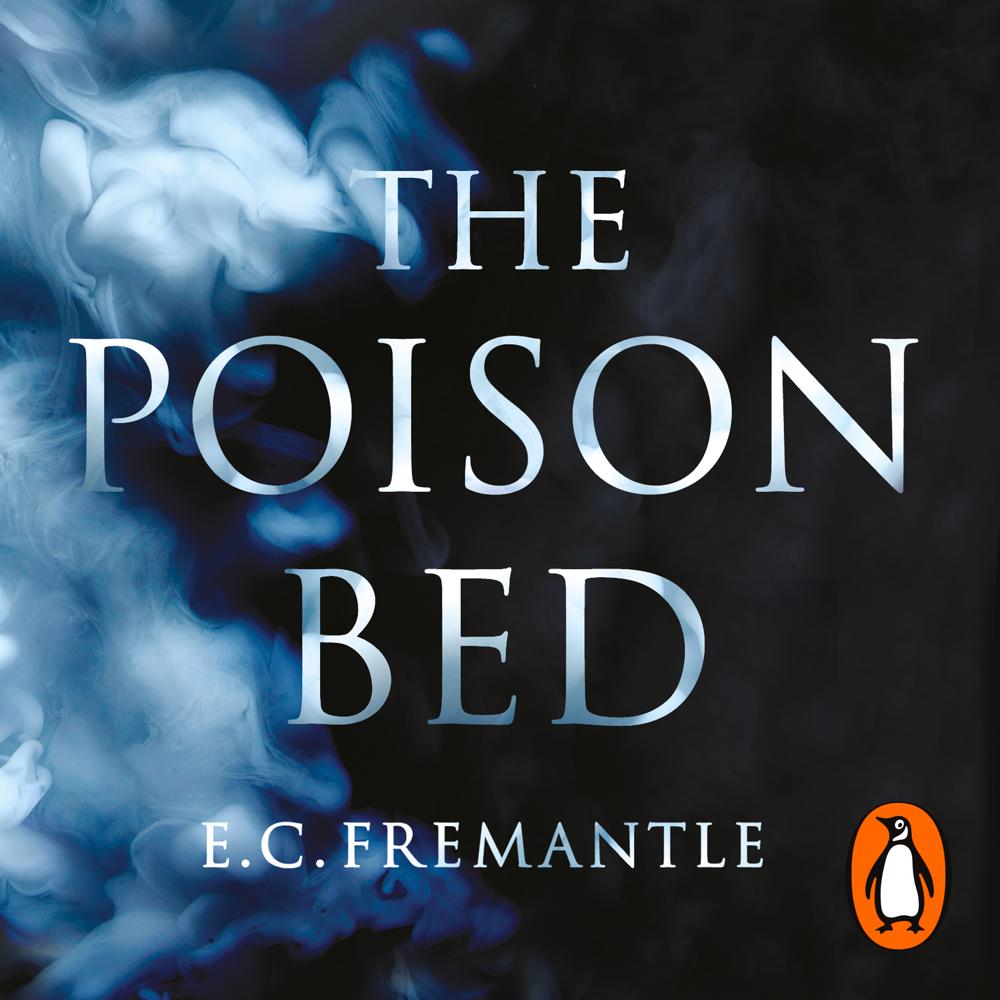 Penguin presents the audiobook edition of The Poison Bed by E C Fremantle, read by Ross Anderson and Perdita Weeks.

A Marriage. A Murder. One of them did it. Which of them will die for it?

In the autumn of 1615 scandal rocks the Jacobean court when a celebrated couple are imprisoned on suspicion of murder. She is young, captivating and from a notorious family. He is one of the richest and most powerful men in the kingdom.

Some believe she is innocent; others think her wicked or insane. He claims no knowledge of the murder. The king suspects them both, though it is his secret at stake.

Who is telling the truth? Who has the most to lose? And who is willing to commit murder?

'A Jacobean GONE GIRL Dark and deeply satisfying, THE POISON BED is a tale of monstrous intrigue and murder' M J Carter

'A thoroughly compelling tale of sexually-charged intrigue and murder. Once started, impossible to put down' Minette Walters

An intoxicating blend of intrigue, seduction, witchcraft and murder. The Poison Bed is beautifully told and impossible to put down

Flawless. A sharp, well-constructed thriller, this is a book that will keep you on your toes

A toxic blend of glamour, intrigue and ambition

A tale of intrigue and ambition, this is a rich and fascinating book

A great summer read. Fremantle weaves together documented fact with sensitively imagined fiction to create a novel that helps us understand a time and place better

A Jacobean Gone Girl! Dark and deeply satisfying, The Poison Bed is a tale of monstrous intrigue and murder

A riveting tale. I cannot recommend this highly enough

A seductive historical thriller. The Jacobean world leaps off the page in all its vivid, visceral glory

Immaculately detailed and atmospheric, this Jacobean mystery borrows from both the revenge tragedies and contemporary noir thriller to manipulate the reader. It is dark, clever and compulsive

A novel set in the court of James I that reopens the case of Robert and Frances Carr, aristocrats charged with killing a man who opposed their marriage. With skill and delicacy, Fremantle presents the period as a cabinet of curiosities

A riveting tale that kept me reading into the night. Beautifully written and realised

Exquisite. The reveal is terrifying

A creepy and powerfully immersive retelling of one of the greatest scandals of the Jacobean court . . . The Poison Bed is unerringly addictive. Fremantle's writing has a dynamic quality and an immediacy that draws readers in, whether or not they're familiar with the material of the story

A twisting psychological thriller based on a real Jacobean murder. Unputdownable

A thoroughly compelling tale of sexually-charged intrigue and murder. Once started, impossible to put down

Who is to blame? And will they get away with it? A rollicking read

Engaging, vivid and revelling in historical detail, this thriller delves into a notorious murder. The reversal comes in a double blow, the first of which is so cunningly done I found myself pausing, frowning and riffling back through the pages to confirm that I had, indeed, been thoroughly stitched up

A twisting tale of power, poison and intrigue. Historical fiction with the pull of a psychological thriller

A gripping page-turner that will have you awake long into the night. Ingenious

Gripping and fascinating. Fremantle is a master