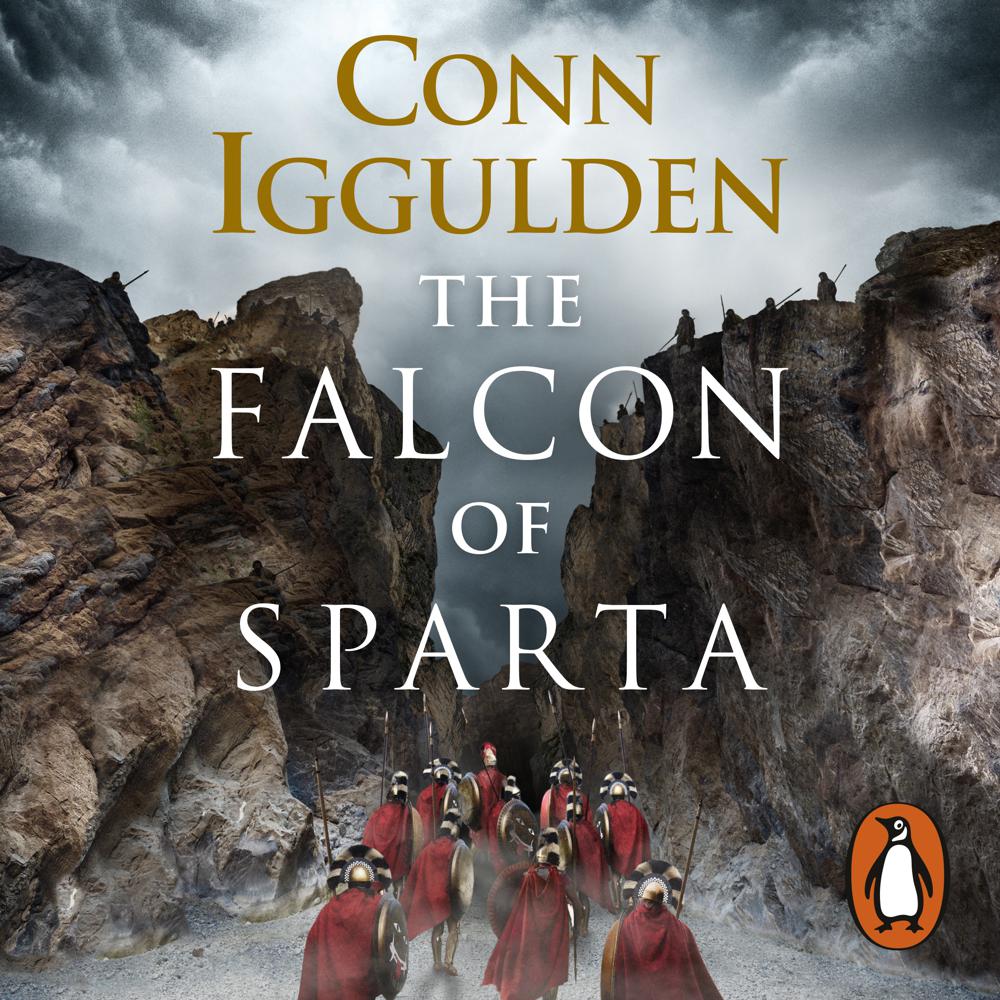 Penguin presents the audiobook edition of The Falcon of Sparta by Conn Iggulden, read by Michael Fox.

In the Ancient World, one army was feared above all others.

401 BC. The Persian king Artaxerxes rules an empire stretching from the Aegean to northern India. As many as fifty million people are his subjects. His rule is absolute.

The sons of Sparta, those whose fathers and grandfathers fell at Thermopylae and perished in the Peloponnesian Wars, work as mercenaries for Persian princes eager to play the game of thrones. When Cyrus the younger, brother to the Great King, lays claim to his father's crown, he does so with an elite army of Spartans at his side.

Yet battles can be won - or lost - with a single blow. Princes fall. And when the dust of civil war settles, the Spartans are left stranded in the heart of an enemy's empire, without support, without food and without water. Far from home, surrounded by foes, it falls to the young soldier Xenophon to lead the survivors against Artaxerxes' legendary Persian warriors.

Drawing on one of history's most epic stories of adventure, The Falcon of Sparta masterfully depicts the ferocity, heroism, and savage bloodshed that was the ancient World.

His finest novel to date, brings alive the extraordinary world of ancient Persia, as well as the ruthless nobility of the Spartans. The battle scenes are thrilling and the men who fight in them are impeccably portrayed

Iggulden tells an absolutely cracking story. The pace is nail-biting and the set dressing magnificent

One of our finest historical novelists