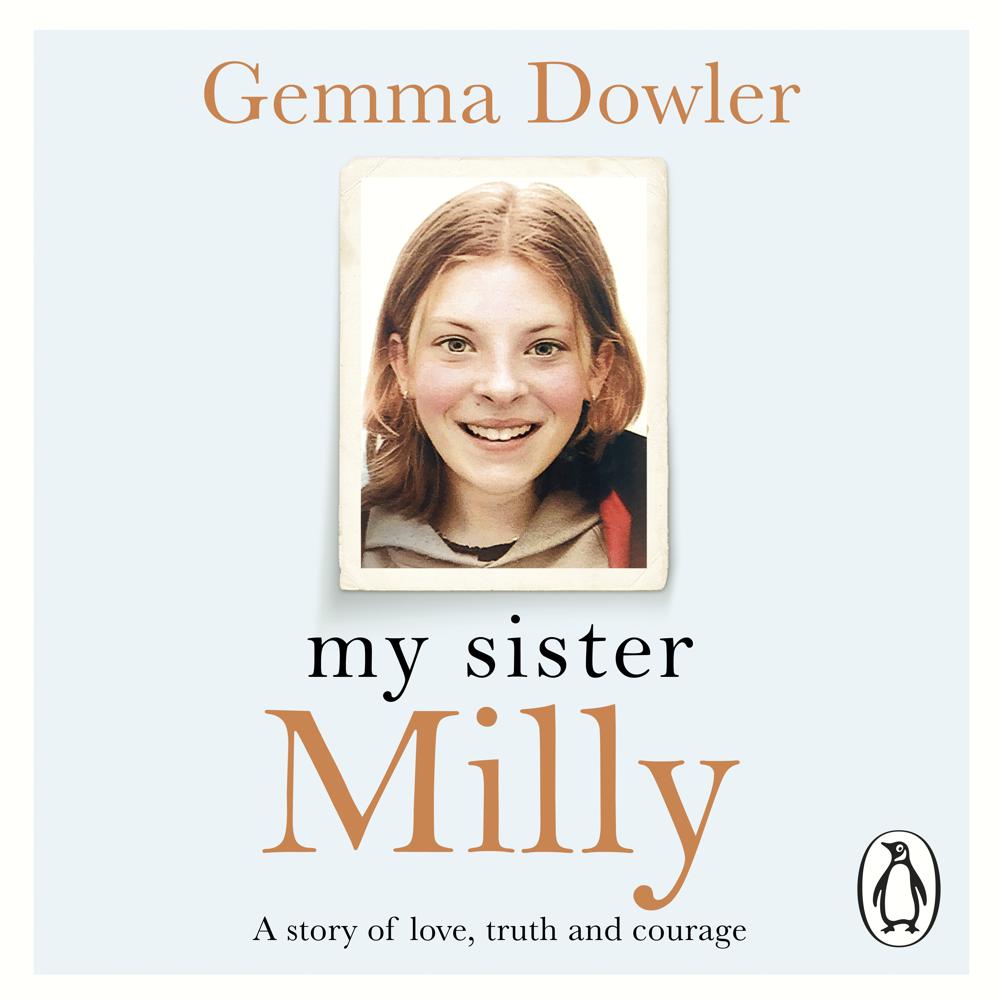 Penguin presents the audiobook of My Sister Milly by Gemma Dowler, read by Ruby Thomas.

This is Gemma Dowler's powerful account, as seen on The One Show and This Morning . . .

'My name is Gemma Dowler. On 21 March 2002, a serial killer named Levi Bellfield stole my sister and sent our family to Hell . . .'

Everyone thinks they know the story of Milly Dowler.

Haunting headlines about the missing schoolgirl splashed across front pages. The family's worst fears realised when her body was found months later. The years of waiting for the truth, only to learn that the killer, known to the police, lived just yards from where Milly had vanished. The parents subjected to horrific psychological torture at a trial orchestrated by the murderer. And the shocking revelation of what journalists would do for a story - criminal acts that brought down a national newspaper.

But these bare facts hide the true story.

In My Sister Milly, Gemma Dowler shares the heartbreaking account of Milly's disappearance, the suspicions that fell on the family, the fatal errors made by the police, and the media's obsession that focused relentlessly on every personal, intimate and emotional aspect of the Dowlers' lives. It is the story of two stolen childhoods - Milly's and Gemma's - and about the love that kept the family together as they struggled with terrible darkness and injustice.

However, this book is a story of hope and recovery.

It's taken fifteen years of pain for the family to find their voice. The family has worked hard and has received intensive therapy to recover from the trauma of Milly's murder. Their story shows that whatever suffering you endure in life, there is always hope, and there is always love.

Now, for the first time, Gemma tells their story and that of the real Milly. Above all, in this book the family want to bring back to life their incredible daughter and sister. Now, finally, the truth about Milly Dowler can never be denied.

Gemma's book paints happy memories of her sister, a quirky teen who loved music, dancing and playing the saxophone

This is Gemma Dowler's powerful account, as seen on The One Show and This Morning . . .

'My name is Gemma Dowler. On 21 March 2002, a serial killer named Levi Bellfield stole my sister and sent our family to Hell . . .'

Everyone thinks they know the story of Milly Dowler.

Gemma Dowler has finally revealed how deep they sank in My Sister Milly . . . her family's story is told in their own words

Inspired . . . the book to allows her voice to be heard

[Gemma] opens up . . . the books serves as 'fighting spirit'