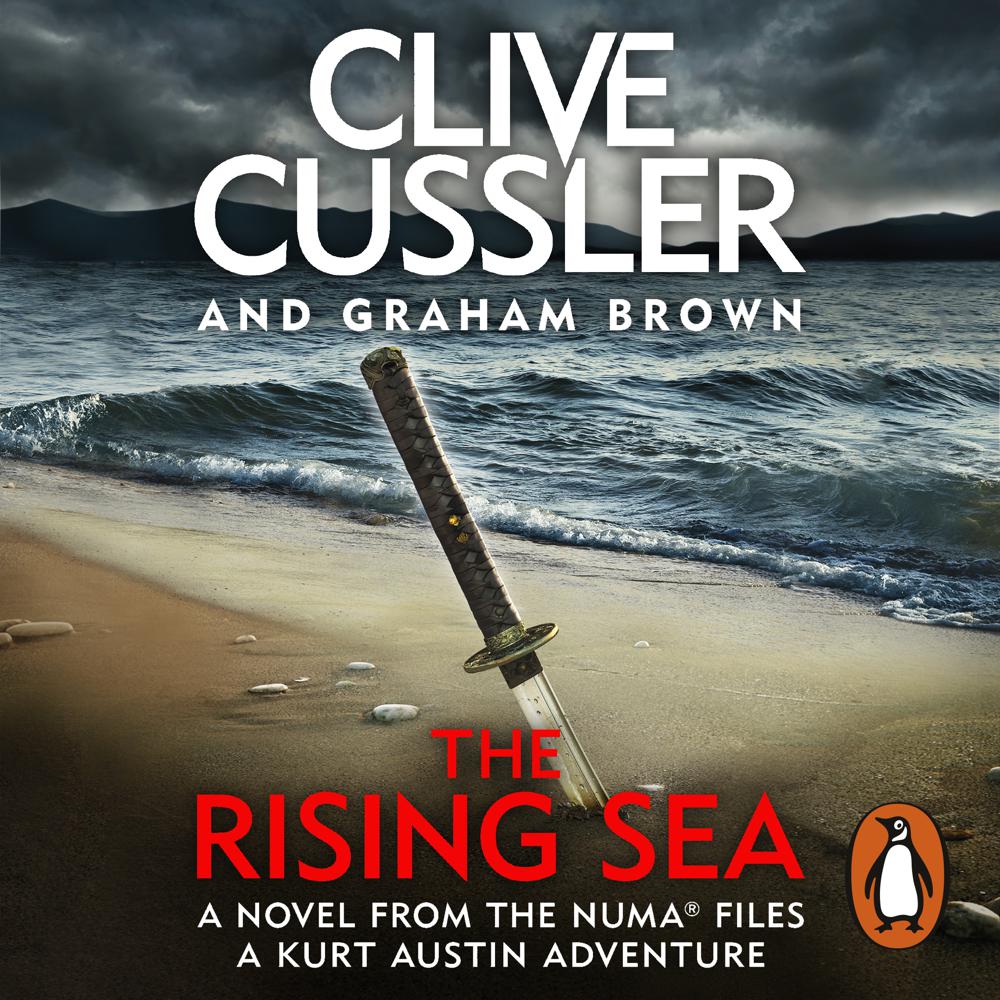 Penguin presents the audiobook edition of The Rising Sea by Clive Cussler, read by Scott Brick.

When NUMA scientists discover a startling rise in the Western Pacific sea levels, they fly to Japan in search of answers. Kurt, Joe and the team uncover a secret Chinese mining operation beneath the East China Sea, and a diabolical plan to destroy the Japanese-American alliance and unbalance the world's scales of power.

To avert an international disaster, Kurt and his team must outwit a powerful, ruthless industrialist, an assassin too violent for the Yakuza, and an extraordinary hi-tech threat . . . risking everything in a desperate attempt to stop the coming flood.