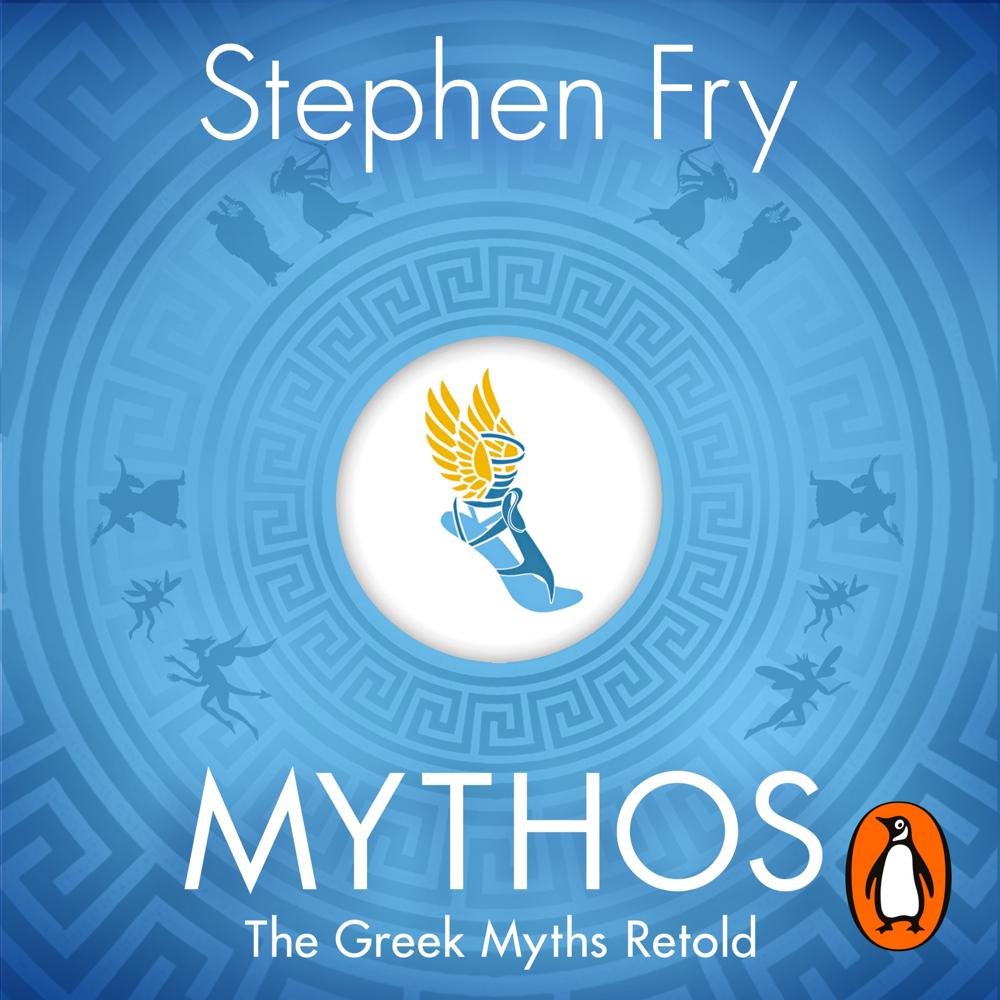 Step into another world - of magic, mayhem, monsters and maniacal gods - in Stephen Fry's momentous Sunday Times bestseller Mythos, brought to you by Penguin.
Lose yourself in the wonder of Greek myths in Stephen Fry's vivid retelling of the ancient classics.
Marvel in awe at the wise Athena as she is born from the cracking open of the great head of Zeus.
Shiver in fear when Pandora opens her jar of evil torments.
Listen with joy as the legendary love affair between Eros and Psyche unfolds.
Read by Stephen Fry himself, Mythos captures these extraordinary mythos for our modern age - in all their dazzling and deeply human relevance - in Fry's tantalising and magical narration.
'Fry's ear is finely tuned to the quaint tonality of some of his ancient sources. [His] distinctive voice undoubtedly adds something lively, humorous and intimate to myth's psychological dimension' Guardian
'Wit and erudition are impressively evident in Stephen Fry's idiosyncratic retelling of the myths of the Greek gods . . . He adds fascinating philological glosses and cultural references' The Times
'[Fry] exhibits prodigious learning, a great facility with words, and enormous erudition and enthusiasm' Mail on Sunday

Wit and erudition are impressively evident . . . Read by Fry with his accustomed ebullient showmanship [he] gives the legends modern resonance by telling them with a contemporary colloquial twist'

Brilliant . . . Stephen Fry's writing style makes it appealing to all. There's something for everyone

The Greek myths are told to you here by the ever-soothing voice of Stephen Fry, who takes you from Zeus to Athena with his typical humour. The Greek gods of the past become relatable as pop culture, modern literature and music are woven throughout. It is joyfully informal yet full of the literary legacy threaded through so much of the tapestry of contemporary Greece

I quite like Mythos, Stephen Fry's book on the Greek myths - he makes them amusing. I like people that illuminate the past with humour

Entertaining and edifying . . . Fry flexes his famous intellect in making the myths coherent and natural. The best thing Fry's written since his superb first novel, The Liar

Mythos is Stephen's vivid retelling of the Greek myths. Bringing to life the Gods, monsters and mortals of Ancient Greece, he reimagines their astonishing stories for the modern world.

Fry reimagines the Greek myths with wit, warmth and humanity, bringing them into the modern age. A welcome addition to any bookshelf

Fry takes us from Zeus to Athena with humour. The Greek gods of the past become relatable as pop culture, modern literature and music are woven throughout. Joyfully informal yet full of the literary legacy

The patron saint of British intelligence

Mythos is the best thing he's written since his superb first novel . . . it is entertaining and edifying - one cannot really ask for more than that

National Treasure: noun - someone or something regarded as emblematic of a nation's cultural heritage, such as Stephen Fry

Lively, humorous and intimate, this retelling has real charm

Mythos has the gripping nature that one would hope for from a modern blockbuster. Filled with a sharp and delightful sense of humour, Stephen Fry's many witticisms making it an even more enjoyable read. I would recommend it for so many reasons

Mythos combines authority and accessibility. Most readers will learn something, many a great deal; and all will find the experience enjoyable

Fresh revivals of the myths of ancient Greece. In his own imitable style, Fry takes an erudite look at the doings of gods, goddesses, kings, queens and ordinary mortals

A wondrous new immersion in ancient stories we only thought weknew. Page to page, Mythos is brilliant, funny, erudite, inventive, surprising and enthralling