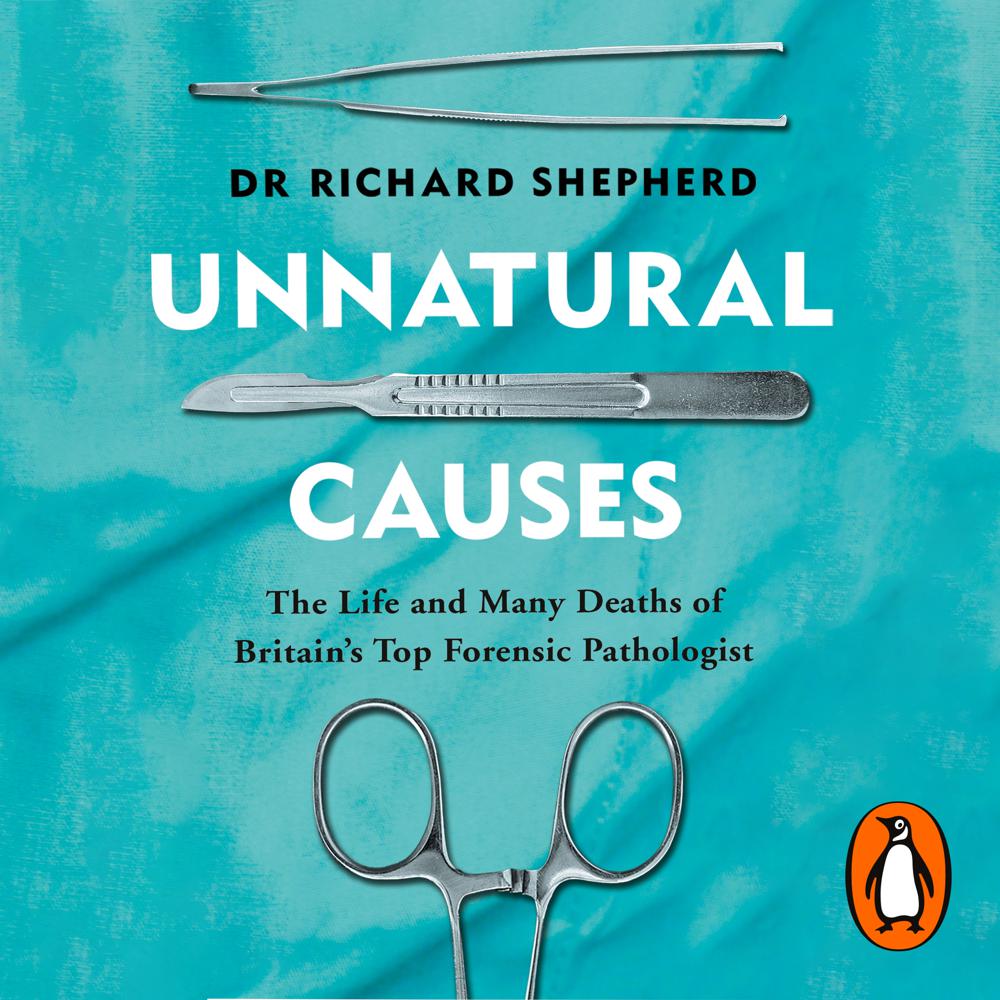 Meet the forensic pathologist, Dr Richard Shepherd, in the true crime book of the year - brought to you by Penguin.

'The dead do not hide the truth and they never lie. Through me the dead can speak . . .'

He solves the mysteries of unexplained or sudden death.
He has performed over 23,000 autopsies, including investigating some of the most high-profile cases of recent times; the Hungerford Massacre, the Princess Diana inquiry, and 9/11.
He has faced serial killers, natural disasters, 'perfect murders' and freak accidents.
His evidence has put killers behind bars, freed the innocent, and turned open-and-shut cases on their heads.
Yet all this has come at a huge personal cost.

Written and narrated by Dr Richard Shepherd, Unnatural Causes tells the story of not only the cases and bodies that have haunted him the most, but also how to live a life steeped in death.

The true crime book of the year; a thoughtful, revealing, chilling and bizarre record of an extraordinary life and profession

His experiences, from morgue to court, are sometimes gruesome, always gripping

This book holds within its pages the story of a life told with honesty, and this is partly why it is such a pleasure to read. A fascinating autobiography. Unputdownable.

Fabulous . . . The UK's top pathologist investigating high-profile deaths such as that of Diana, Princess of Wales

A deeply mesmerising memoir of forensic pathology. Human and fascinating

Partly an autobiography, but also a love letter to pathology. It's dignified and graceful and painfully honest about the human and emotional cost of so much time with the dead. Insightful, moving and mesmerising

Unnatural Causes gives a sense of the toll that dealing with so many dead bodies takes. It's a very human book that looks at the cases he has been involved with, from the Hungerford massacre to the murder of Stephen Lawrence

Puts the reader at his elbow as he wields the scalpel

An unputdownable record of an extraordinary life

A unique insight into a remarkable profession

One of the most fascinating books I have read in a long time. Engrossing, a haunting page-turner. A book I could not put down