Queen of the Night
Alexander Chee 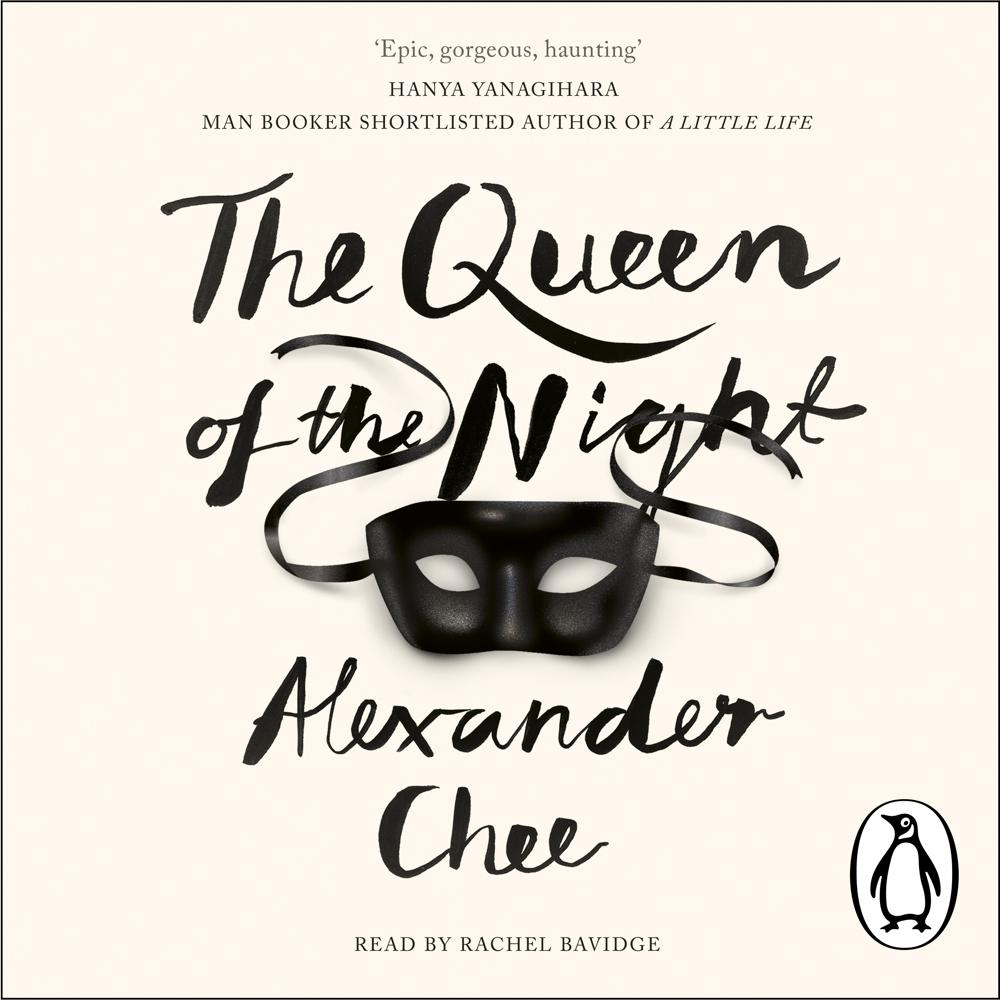 Penguin presents the unabridged, downloadable, audiobook edition of The Queen of the Night by Alexander Chee, read by Rachel Bavidge.

From a writer praised by Junot Díaz as 'the fire, in my opinion, and the light', a mesmerizing novel that follows one woman's rise from circus rider to courtesan to world-renowned star

Lilliet Berne is a sensation of the Paris Opera, a legendary soprano with every accolade except an original role. When one is finally offered to her, she realizes with alarm that the libretto is based on a hidden piece of her past.

Only four could have betrayed her: one is dead, one loves her still, one wants only to own her. And one, she hopes, never thinks of her at all.

As Lilliet mines her memories for clues, she recalls her life as an orphan who left the American frontier for Europe and was swept up into the glitzy, gritty world of Second Empire Paris. In order to survive, she transformed herself from circus rider to courtesan, from empress's maid to stage ingénue,all the while weaving a web of passion and intrigue. Will the truth secure Lillet's fate - or destroy her with the secrets it reveals?

Fifteen years in the writing, The Queen of the Night is a literary tour de force that is also ferociously readable. A blazing tale of lust, ambition, betrayal and revenge, it will captivate readers right up to its final electrifying denouement.

ALEXANDER CHEE won a Whiting Award for his first novel, Edinburgh, and is a recipient of the NEA Fellowship in Fiction and residencies from the MacDowell Colony, Ledig House, and Civitella Ranieri. His writing has appeared in the New York Times Book Review, Tin House, Slate, and NPR, among others, and he is a Contributing Editor at The New Republic. He lives in New York City.

Readers [will be] absorbed until the final aria, waiting to see whom fate will curse and whom it will avenge

Lush and sweeping . . . A moving meditation on the transformative power of fate, art, time, and sheer survival

A spellbinding story of intrigue and self-reinvention

A celebration . . . of creativity, ingenuity, endurance, mastery and grace

Utterly engrossing. You won't want to miss this

A wild opera of a novel and the perfect summer read: swift, smart, immersive and gorgeous

A night at an opera you'll wish never-ending

An astonishing universe into which its lucky readers can dissolve completely

Sprawling, soaring, bawdy and plotted like a fine embroidery