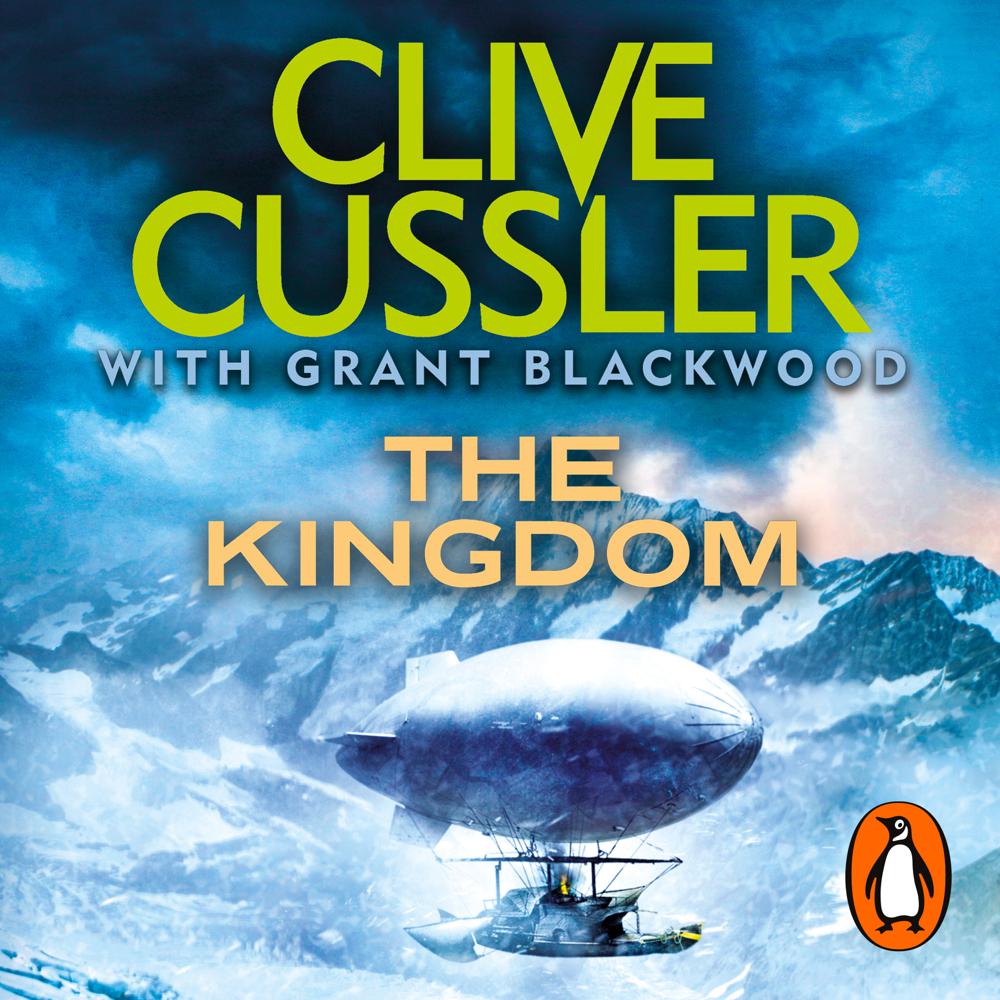 Penguin presents the unabridged, downloadable, audiobook edition of The Kingdom by Clive Cussler and Grant Blackwood, read by Scott Brick.

Whether it's lost treasure or missing persons, the Fargos find themselves in a heap of trouble every time . . .

When Texas oil baron Charlie King contacts Sam and Remi Fargo he has an unusual request. He hired an investigator - and good friend of the pair - to locate his missing father in the Far East. But now the investigator has vanished. Would Sam and Remi be willing to look for them both?

Though something about the request doesn't quite add up, Sam and Remi agree to help out.

It's a journey that takes the Fargos to Tibet, Nepal, Bulgaria, India, and China. They get mixed up with black-market fossils, a centuries-old puzzle chest, the ancient Nepali kingdom of Mustang, a balloon aircraft from a century before its time . . . and an extraordinary skeleton that might turn the history of human evolution on its head. Oh, and not a few unfriendly people with guns and itchy trigger fingers . . .

Packed with endless imagination and breathtaking supense, The Kingdom is a spectacular new Clive Cussler adventure.