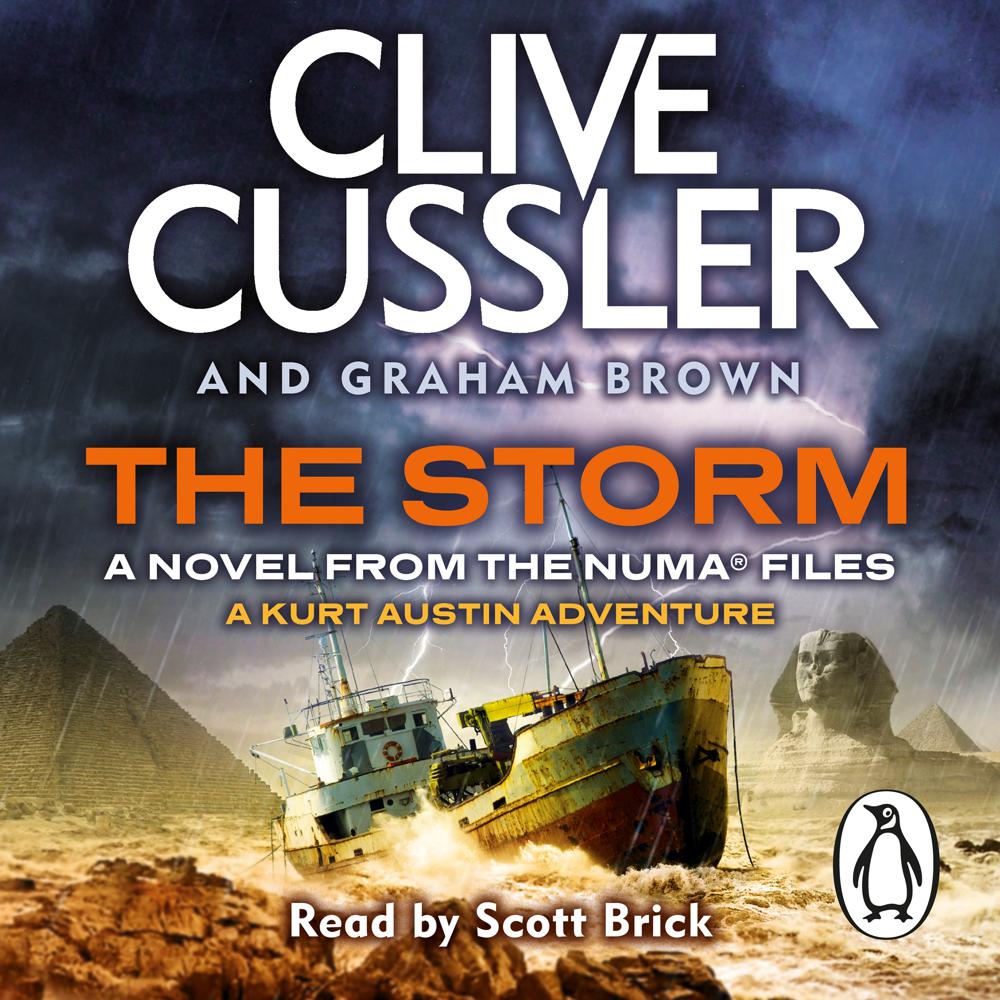 Penguin presents the unabridged, downloadable, audiobook edition of The Storm by Clive Cussler and Graham Brown, read by Scott Brick.

A deadly, unstoppable force has just been unleashed on the world . . .

In the middle of the Indian Ocean, a NUMA research vessel spots what the crew believe is a slick of oil. But as their boat sails into this liquid they quickly find that it is something far more deadly. In moments everyone aboard is killed, and only a flaming wreck is left.

Quickly, Kurt Austin and Joe Zavala of NUMA are dispatched to investigate. What they find on recovering the smoldering hulk leads them to the discovery of an audacious scheme to permanently alter the earth. It will kill millions - and it is already well underway.

Who could be behind it, and why? Questions Austin and Zavala must answer if they are to somehow prevent murder on a global scale . . .