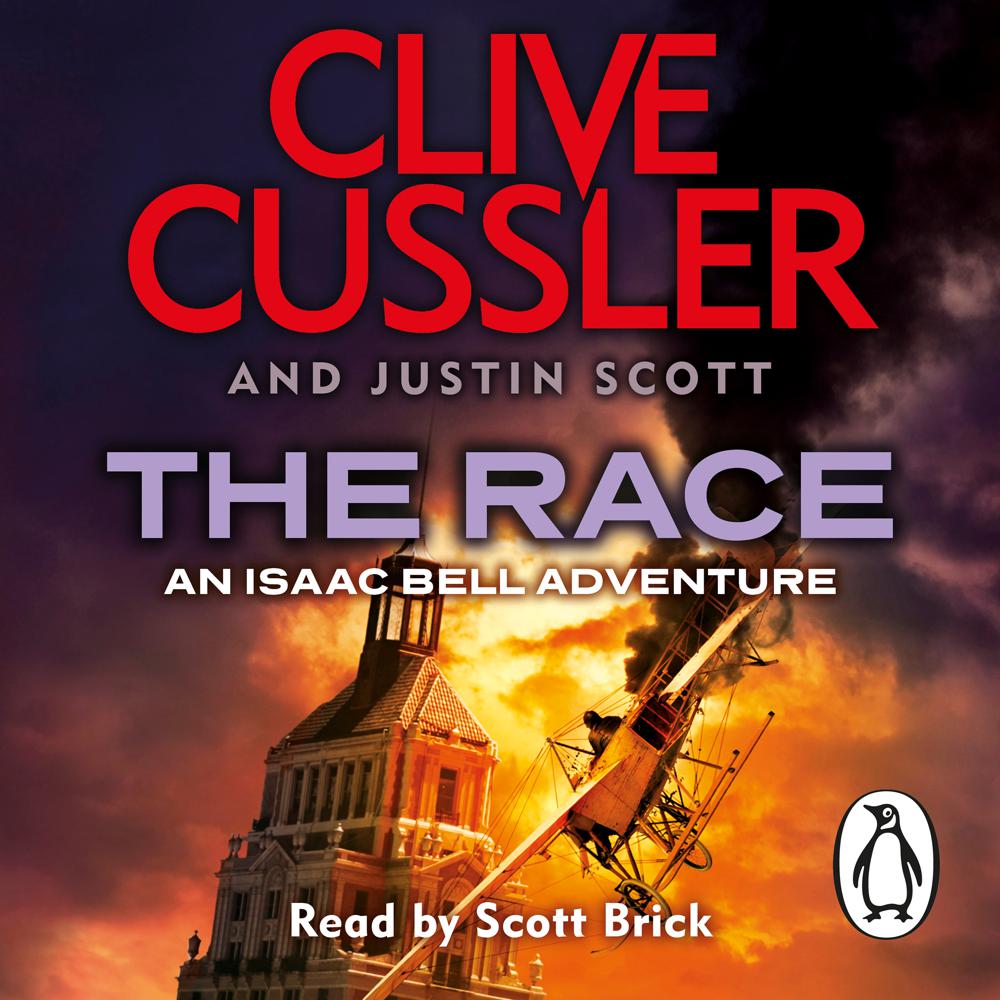 Penguin presents the unabridged, downloadable, audiobook edition of The Race by Clive Cussler and Justin Scott, read by Scott Brick.

1910, and America's first ever cross-country flying race has been sabotaged . . .

Newspaper magnate Preston Whiteway is offering a big prize for the first aviator to cross America in under fifty days. He wants Josephine Frost - the country's leading as well as most glamorous pilot - to win. Which is why he's hired Isaac Bell of the Van Dorn Detective Agency.

Josephine saw her husband Harry Frost kill a man. Now he wants her dead. And with underworld contacts ready to help in every city en route, he'll do anything, go after anyone who gets in his way - including Whiteway and Bell.

Packed with brilliant twists and turns, The Race sees the intrepid Private Investigator locked in a deadly cat-and-mouse game with a killer whose resources are only matched by his willingness to cause mayhem during the race of a life time . . .

All-action, narrow escapes and the kind of unrelenting plot tension that has won Cussler hundreds of millions of fans worldwide