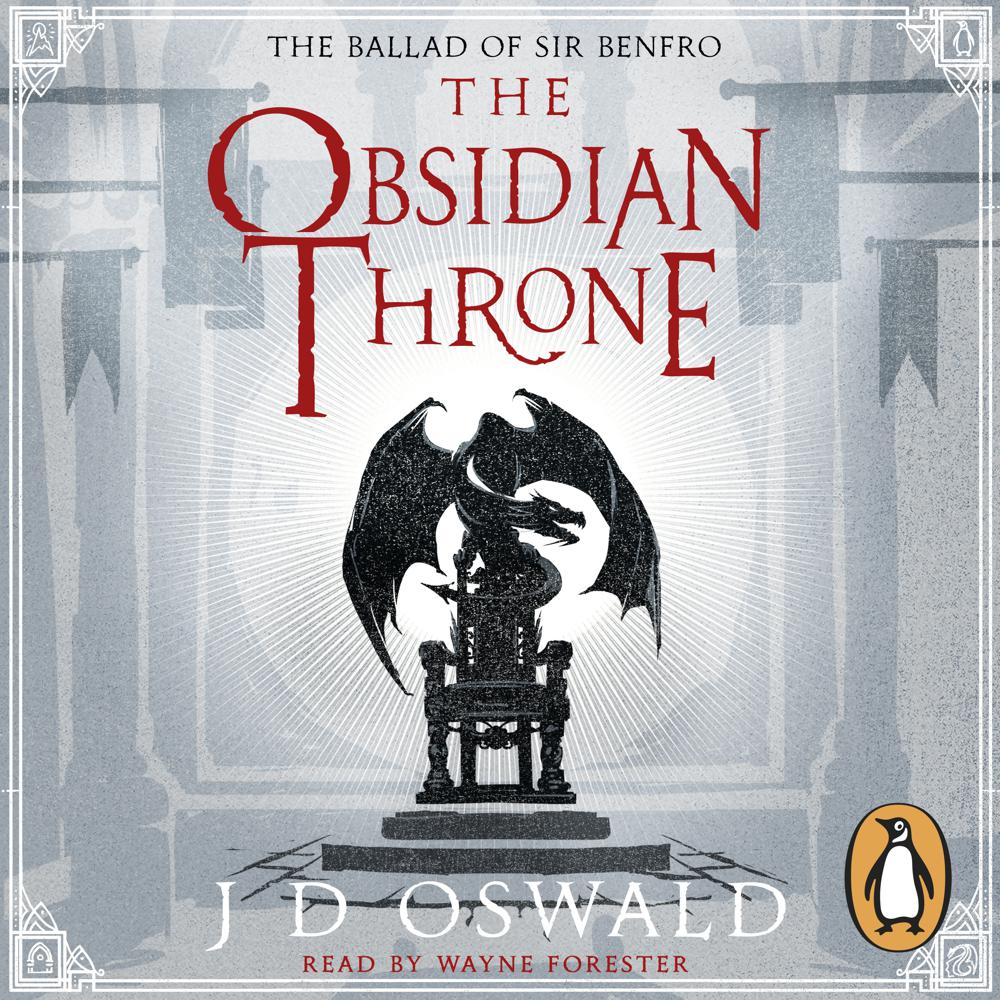 The Obsidian Throne is J.D. Oswald's stunning conclusion to 'The Ballad of Sir Benfro' series.

There is no war in the northlands, just annihilation. Either the dragons will destroy this world or Queen Beulah will raze it to the ground.

Below the city is a secret the House of Balwen have kept for millennia, a treasure beyond imagination. None but a direct descendent of Balwen himself can open the escape routes from this cavern. To do so, Princess Iolwen will need to claim the Obsidian Throne.

Meanwhile Errol and Sir Benfro find their destinies drawing closer together, with the future of all life in the Twin Kingdoms resting on these two unlikely heroes. There will be self-sacrifice and terrible betrayals. And the lives of boy and dragon will be forever changed.

J. D. Oswald is the author of the epic fantasy series 'The Ballad of Sir Benfro', which includes Dreamwalker, The Rose Cord, The Golden Cage, The Broken World and The Obsidian Throne. He is also the author of the Inspector McLean series. James runs a 350-acre farm in north-east Fife.

Quite simply , an absolutely awesome read which kept me enthralled from start to finish

Magical. With Game of Thrones making mythical creatures universally cool, The Ballad Of Sir Benfro couldn't have come at a better time

I absolutely loved this! It's unlike anything I have read before

One of the best new fantasy novels I've read recently

The sort of book I want to sit down and read to people on a stormy night. Everything a fantasy fan could ever want is woven into the warp and weft of the narrative

I can't wait to read the next book in this series