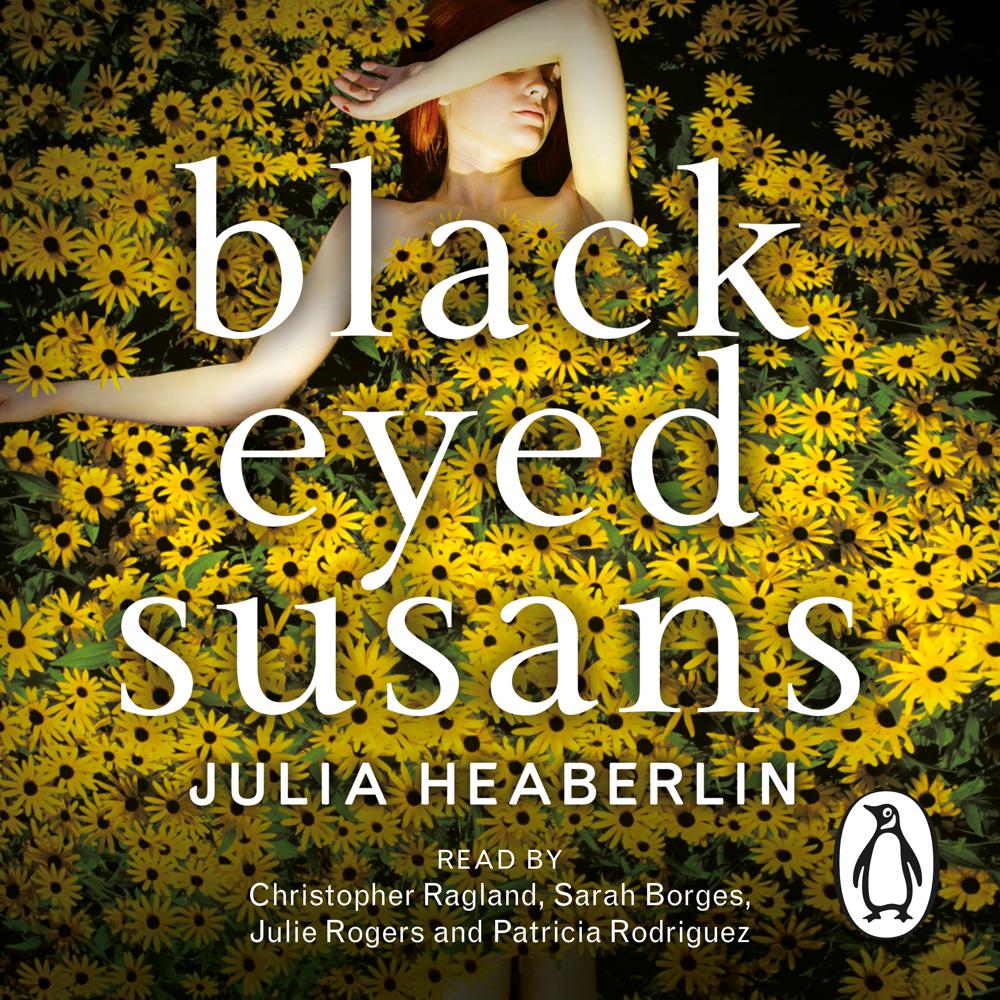 Seventeen-year-old Tessa, dubbed a 'Black-Eyed Susan' by the media, became famous for being the only victim to survive the vicious attack of a serial killer. Her testimony helped to put a dangerous criminal behind bars - or so she thought.

Now, decades later the black-eyed susans planted outside Tessa's bedroom window seem to be a message from a killer who should be safely in prison.

Haunted by fragmented memories of the night she was attacked and terrified for her own teenage daughter's safety, can Tessa uncover the truth about the killer before it's too late?

an intriguing tale told by a compelling but unreliable narrator who struggles to remember details of her abduction as a teenager, but is convinced the wrong man faces execution for the crime

The denouement is unexpected, plausible and perfectly satisfying . . . Black Eyed Susans is a thumping good mystery

One of the classiest thrillers you'll read this year

As well as a brilliant premise, the writing style keeps you hooked and at times is quite unsettling . . . it takes a lot of skill to be able to unnerve a reader like that, so hats off to Julia Heaberlin for writing such a gripping and atmospheric story that had me jumping every time I heard an unexpected noise. This book will draw you in and have you second guessing yourself page after page. Black Eyed Susans is probably one of the most cunningly clever and gripping thrillers I've read in a long while and I would recommend this as one of my top reads of the year so far

The book is a delicious mix of well-researched facts, creative plot twists and a likable main character . . . a masterful storyteller

There's a hint of Kathy Reichs, Gillian Flynn's Gone Girl and of Paula Hawkins's The Girl on the Train. Despite its dark subject matter, this is a hopeful book . . . the ending managed to be both surprising and satisfying.

It's a terrific plot, matched by the quality of the writing and superbly paced tension

A sophisticated take on the serial killer novel

Heaberlin drip-feeds an intriguing story at a tantalising pace . . . Heaberlin has written an intelligent, absorbing and well-researched page-turner that will delight fans of Megan Abbot and Tana French

This is a deftly organised, impeccably paced psychological suspense thriller that nods to Daphne du Maurier and, like all Heaberlin's fiction, boasts purr-inducing prose

This twisted tale is disturbing in the best way, rife with suspense and rich in eerie detail. A deeply creepy page-turner that you won't want to put down

A powerful thriller . . . With a fairy-tale-like atmosphere, the creepy thriller works insidiously on the senses . . . Clever, ingeniously manipulative and elegant.

This is the debut novel of Julia Heaberlin, and again it's excellent . . . Beautifully written . . . It's a great book

In a grave under a patch of Black-eyed Susans, in a Texas field, a serial killer buries four girls. Three die. One survives. Sixteen-year-old Tessa, after several days with the three corpses, is traumatised. Her evidence in court results in a man being sentenced to death for murder. Tessa achieves a measure of normality and becomes a single mother and an artist. Now, nearly 20 years later, Black-eyed Susans are freshly planted outside her window and she's approached by lawyers trying to stop the imminent execution of the convicted man who is still on death row, claiming his innocence. The story is narrated in alternate chapters by the Tessa of 1995, soon to be a witness at the man's trial, and today's Tessa, tormented by the thought that if the wrong man has been convicted, the real killer is free and a danger to her and her daughter. But, we learn gradually, that Tessa has been keeping secrets too. It's a terrific plot, matched by the quality of the writing and superbly paced tension.

Fascinating details about identifying remains through bone and DNA analysis are woven through equally compelling present-day narration and flashbacks to Tessa's therapy sessions and trial testimony. The pieces can't come fast enough as the story builds to a shocking and satisfying conclusion. Deliciously twisty and eerie, Heaberlin's psychological suspense novel is intricately layered and instantly compelling

We can't remember the last time a thriller burrowed under out skin like this. Sparkling characters, authentic emotion, and an unpredictable plot makes this a terrific read from start to end

Creepy and compelling, Black-Eyed Susans is a shadowy and crooked journey to a very dark place indeed, a twisty fairytale that deceives you just when you think you've cracked it and a thriller to make you remember why you love thrillers. Don't miss it.

A spellbinding tale, at once both completely believable and utterly suspenseful - and once you reach the novel's perfect ending, you will want to read it again

An intriguing and twisty read... This is a very well written thriller with a cleverly structured plot

The best thriller I have read in a very long time. Intelligent and very intriguing - this author's writing pulled me in immediately. I think it outshines both 'Gone Girl' or 'The Girl on the Train'.

Black-Eyed Susans is a masterful thriller that shouldn't be missed . . . and in terms of suspense, characterizations and storytelling... is outstanding. Heaberlin's work calls to mind that of Gillian Flynn. Both writers published impressive early novels that were largely overlooked, and then one that couldn't be: Flynn's Gone Girl and now Heaberlin's Black-Eyed Susans. Don't miss it.

Sophisticated, disturbing and with plenty of red herrings

Black Eyed Susans is haunting, intense and original - it'll keep you guessing till the last page

This dark, complex thriller is not just a gripping page-turner, but also brilliantly explores the psychology of the victim.

Gripping... The suspense builds as Tessie uncovers devastating secrets from the past en route to the shocking ending

In Julia Heaberlin's mesmerising novel, the haunted Tessa is the only survivor of a serial killer's reign of terror. But after several decades, she finds flowers planted outside her bedroom window. Is the murderous monster she escaped from still in prison - or closing in on her? In a crowded field, Heaberlin is something special, and clearly an author to whom close attention must be paid

With vivid, original prose that never misses its mark, Julia Heaberlin lures you into this psychologically astute and utterly riveting story of a victim left for dead by a serial killer, whose forgotten memories may hold the key to finding 'her monster.' As this dark journey into her past unfolds, you will race through the pages to discover the shocking secrets she thinks she wants to remember--only to find the truth lingering in your own mind long after you're done. A fascinating, twisted book

If readers looking for the next Gone Girl do pick it up, I guarantee they won't put it down. A classic page-turner.

This book is a rarity in that the research underpinning it is evident but not obtrusive. Black Eyed Susans is a fine achievement. It drips with authenticity, empathy and dread, meditating on the Death Penalty as well as offering an empathetic study of the life of a survivor. Take note - Julia Heaberlin belongs on every suspense fan's bookshelf

A fascinating, educated, highly absorbing read that I struggled to put down for any length of time. Any free moment was spent with my head in this book.
Intense, creepy and atmospheric, Black-Eyed Susans is a intelligent character driven masterpiece excellently paced with some great plot twists which had me guessing right to the very end ... brilliant!