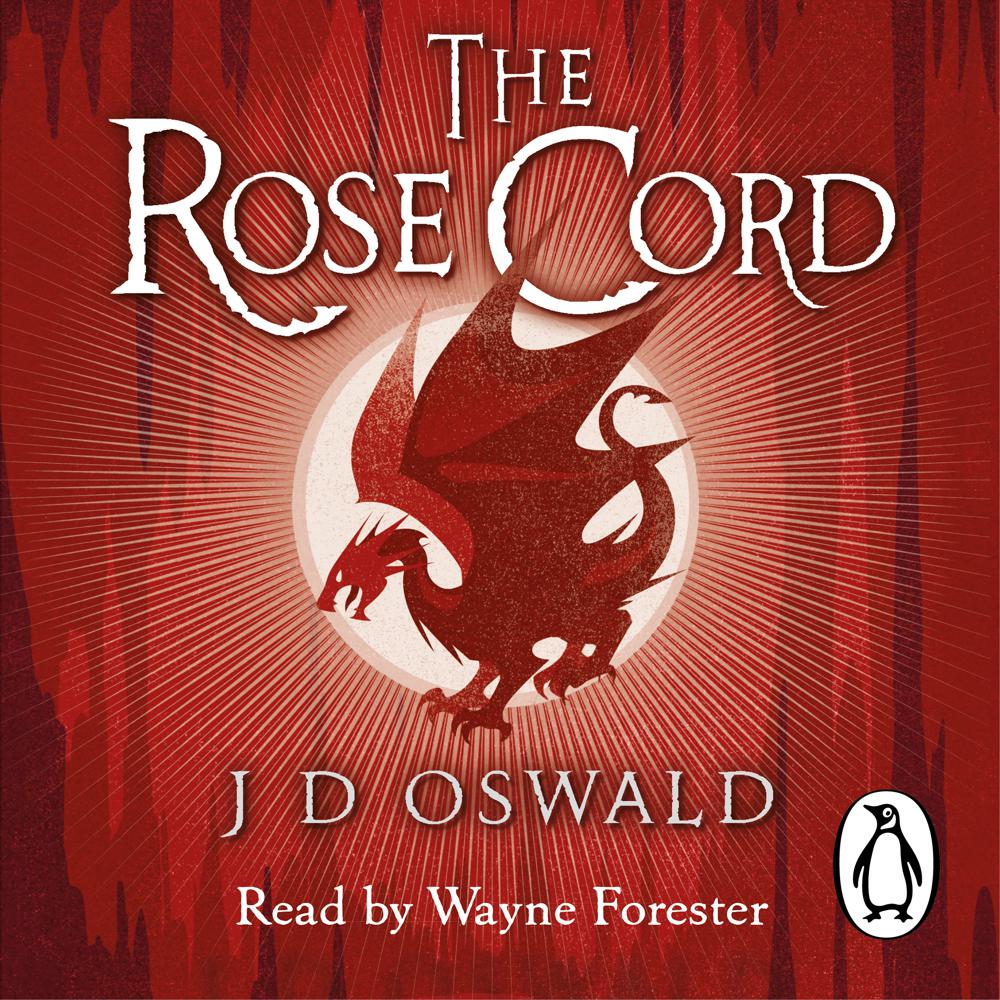 Penguin presents the unabridged, downloadable, audiobook edition of The Ballad of Sir Benfro: The Rose Cord, the second installment in the new fantasy series from JD Oswald, read by Wayne Forester.

Fleeing the vengeful Inquisitor Melyn, Sir Benfro is drawn to the last resting place of a great dragon of legend, Magog. Through Magog's spirit, Benfro discovers the true nature of his forebears. But with this knowledge comes terrible danger.

Errol Ramsbottom's dreams of becoming a great Warrior Priest are shattered when he discovers the dark secret of the Holy Order's power. But as a chosen novitiate he is trapped, unwillingly drawn deeper into the sinister plans for war which will engulf Gwlad.

With the forces of magic gathering so the destinies of Errol and Sir Benfro further entwine.