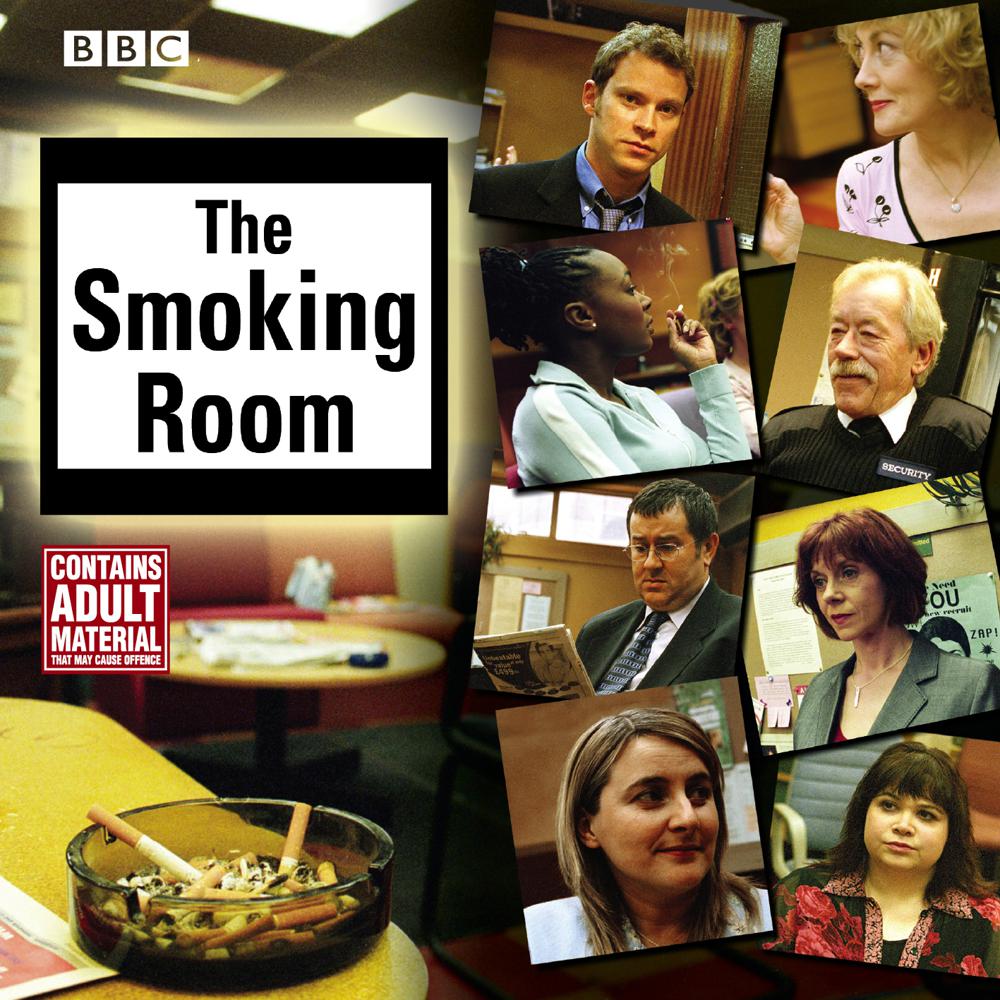 In the world of work, there is one place where seniority means nothing, where shoptalk is banned, and where the persecuted minority gather regularly to discuss every subject under the sun: the smoking room.Set entirely in the smoking room of a large company, this eight-part comedy series explores the personal foibles and suppressed longings of an oddly assorted bunch of characters. These individuals wouldn't normally even socialise together, but their shared love of nicotine provides a tenuous link between them all.
There's the smoking-room fixture with a passion for the postboy; the grouchy security guard; the thick-skinned office Romeo; the terminally paranoiac; the divorcee enjoying a new adolescence; an entirely self-centered emotional wreck; the boss who wants to be popular; and the voice of reason among all the madness.
©2005 BBC Audiobooks Ltd. (P)2005 BBC Audiobooks Ltd.