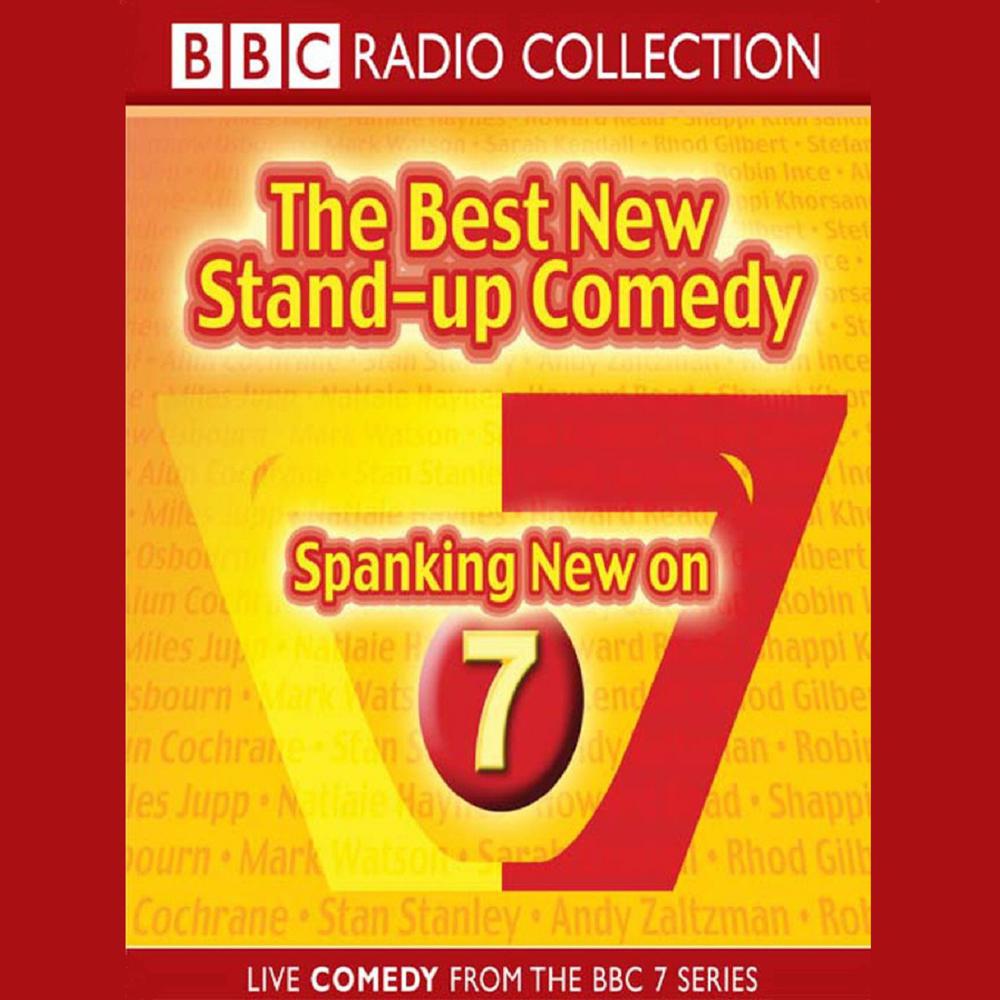 Spanking New on 7 is BBC7's first original comedy series. Compered by Robin Ince (from BBC2's The Office, E4's The Pilot Show and Radio 4's The In-Crowd) it showcases new or unknown stand-up comedians.This release features the best of the first series, including material not featured in the original BBC7 broadcasts.
Spanking New on 7 has an edgier and more adult feel than other BBC comedy broadcasts. It's as close to being in a comedy club as you can get in your own home, but without the overpriced beer and hecklers!
©2004 BBC Audiobooks Ltd. (P)2004 BBC Audiobooks Ltd.