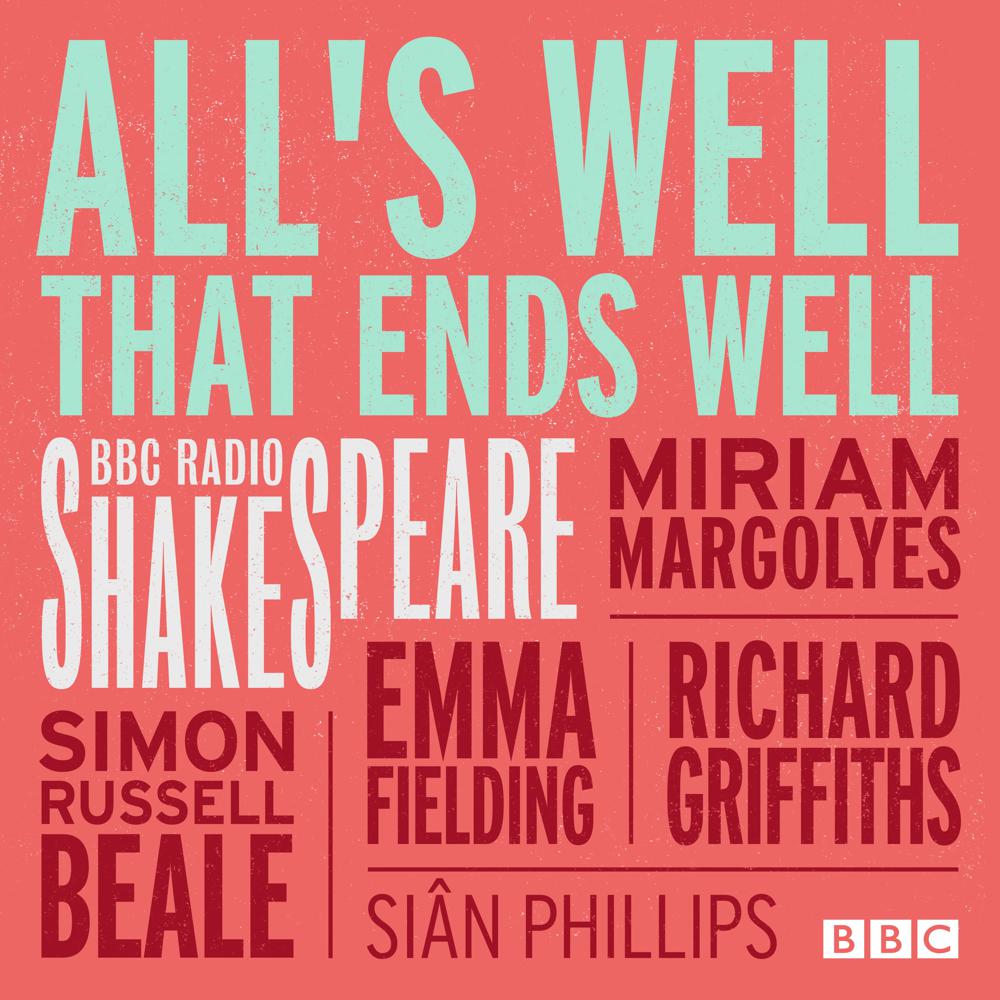 In this BBC full-cast production of All's Well That Ends Well, the trials of marriage are hilariously explored. Will Helena complete the Herculean tasks to win Bertram's love?

All's Well That Ends Well finds Helena rewarded for her ministries to the sick with the choice of any husband she wishes. Her choice, Bertram, is unwilling to have her as his wife and sets her a number of seemingly impossible tasks to complete before he will relent.

Starring Emma Fielding as Helena, Siân Phillips as the Countess and Miriam Margolyes as the Widow, with Richard Griffiths as the King, Simon Russell Beale as Parolles and Carl Prekopp as Bertram.