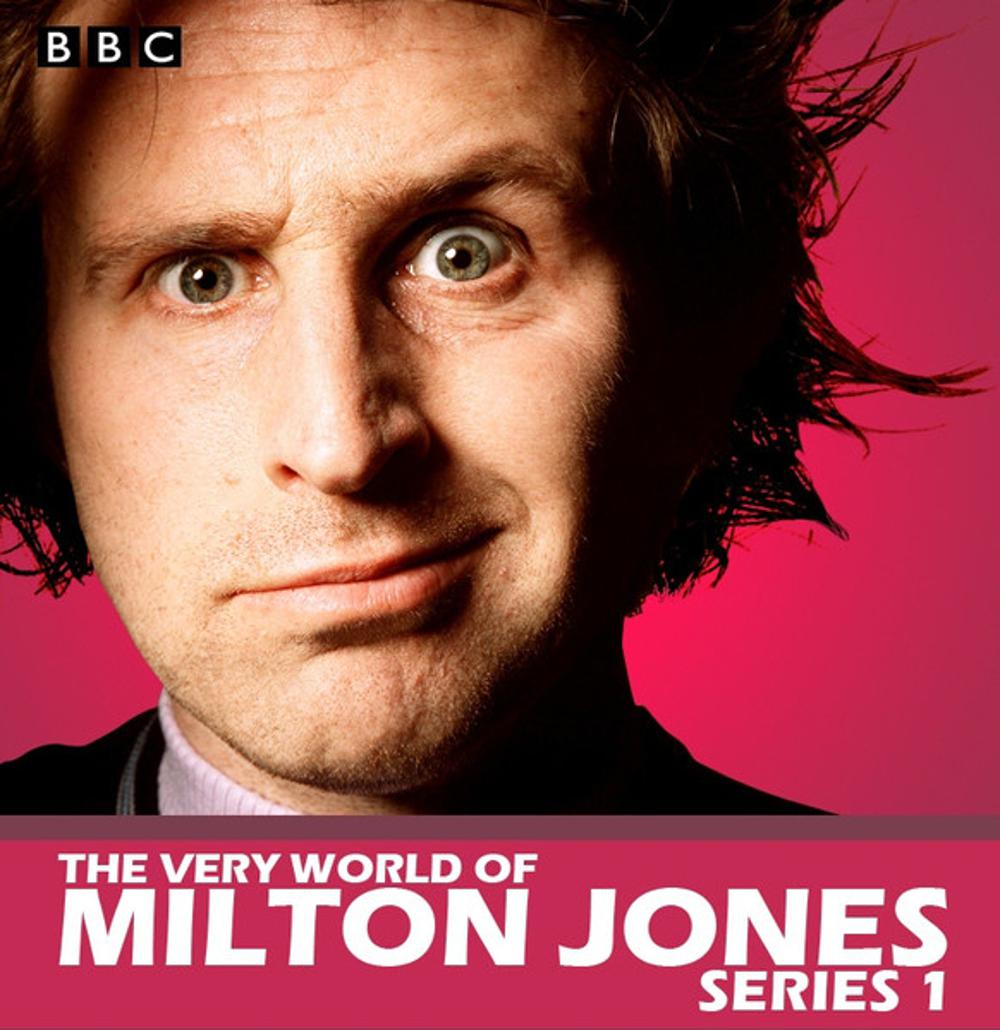 'Milton Jones, Milton Jones - so good, they named him'. BBC Radio 4 has a new star on his hands. No-one knows where he's from - 'As a child, I always remember my father saying to me "Son, to pay for your education your mother and I had to make a lot of sacrifices." Because they were both druids.' No-one can predict what he gets up to - 'I'm not getting on with my yoga teacher at the moment ... which frequently puts me in a very difficult position.' And no-one can tell what made him the way he is - 'You see when the boys in the playground found out that I had a potentially fatal allergy to peanuts they used to shove me up against a wall and make me play Russian roulette with a bag of Revels.' Each week, Milton Jones faces his own death. His life flashes before his eyes. We hear everything that's happened to him, and anything that might have happened to him. His hopes, his dreams, his fears. BBC Radio 4 invites you to enter The Very World Of Milton Jones. Your mind will never be the same again...

His comedy - much of it based on puns and misunderstandings carried to fantastic lengths - is very distinctive and hard to describe, but if you haven't sampled it yet, you really should. You might find yourself laughing rather a lot.