Hitchhiker's Guide To The Galaxy, The Tertiary Phase
Douglas Adams 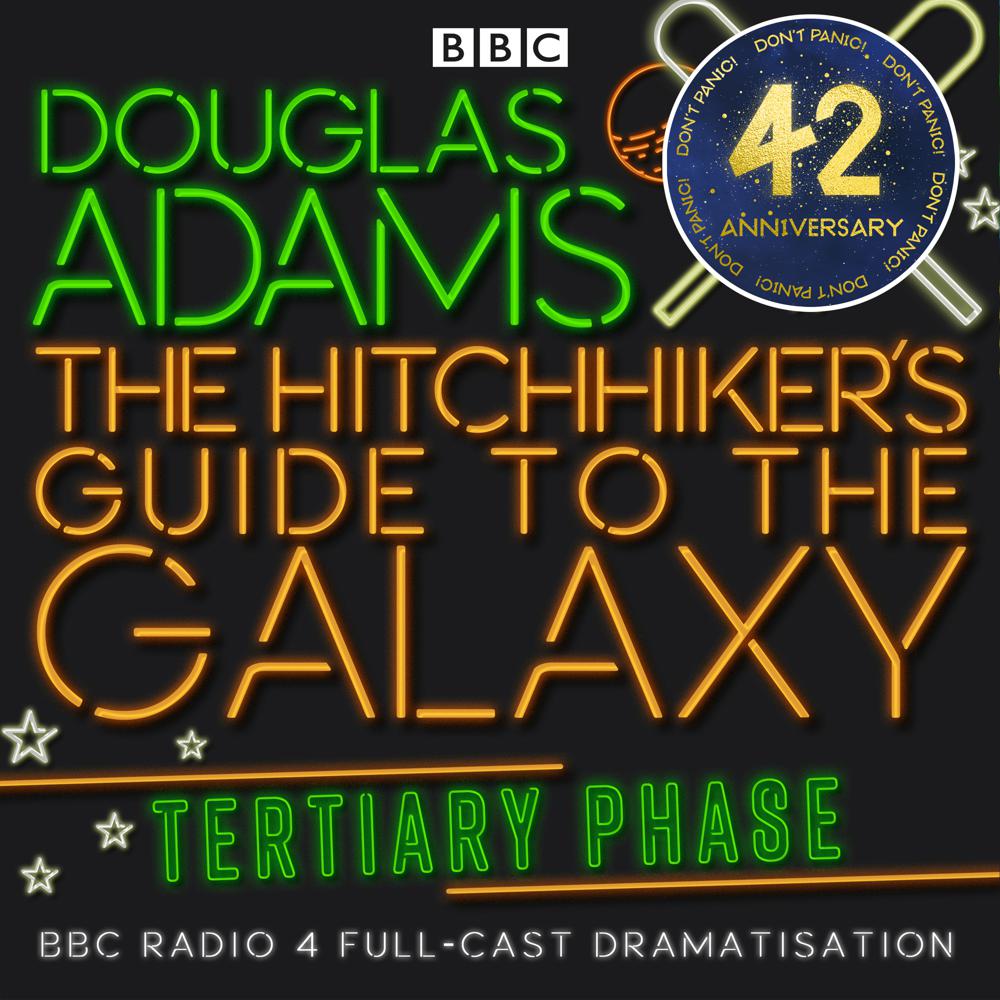 Don’t panic! The Hitchhiker’s saga continues with a full-cast dramatisation of Life, the Universe and Everything, the third book in Douglas Adams’s famous ‘trilogy in five parts’

‘The pitch here at Lord’s is blackened, lightly smoking down towards square leg – and two men have just materialised on a Chesterfield sofa...’

And so the scene is set for the Tertiary Phase of The Hitchhiker’s Guide to the Galaxy, the phenomenon which began life as a BBC radio series and went on to spawn a bestselling series of novels. With this full-cast radio dramatisation, the Guide returns to its original medium with its original cast.

Stranded on prehistoric Earth, Arthur Dent and Ford Prefect find escape in the form of a time-travelling sofa. But as eleven homicidal, bat-wielding robots proceed to blow up Lord’s Cricket Ground, it seems that Arthur is far from Home and Dry. In fact, he is not even Home and Vigorously Towelling Himself Off. Soon he is on an explosive quest to save the Universe, equipped with only a rabbit bone, a worn dressing gown, and a spaceship which looks remarkably like an Italian bistro.

Simon Jones returns as Arthur, Geoffrey McGivern as Ford, Susan Sheridan as Trillian, Mark Wing-Davey as Zaphod Beeblebrox, and Stephen Moore as Marvin the Paranoid Android. William Franklyn is the Book, the late Douglas Adams himself appears in the role of Agrajag, and guest stars include Richard Griffiths, Chris Langham, Joanna Lumley and Leslie Phillips.

This extended edition features 20 minutes of material not heard on BBC Radio 4.