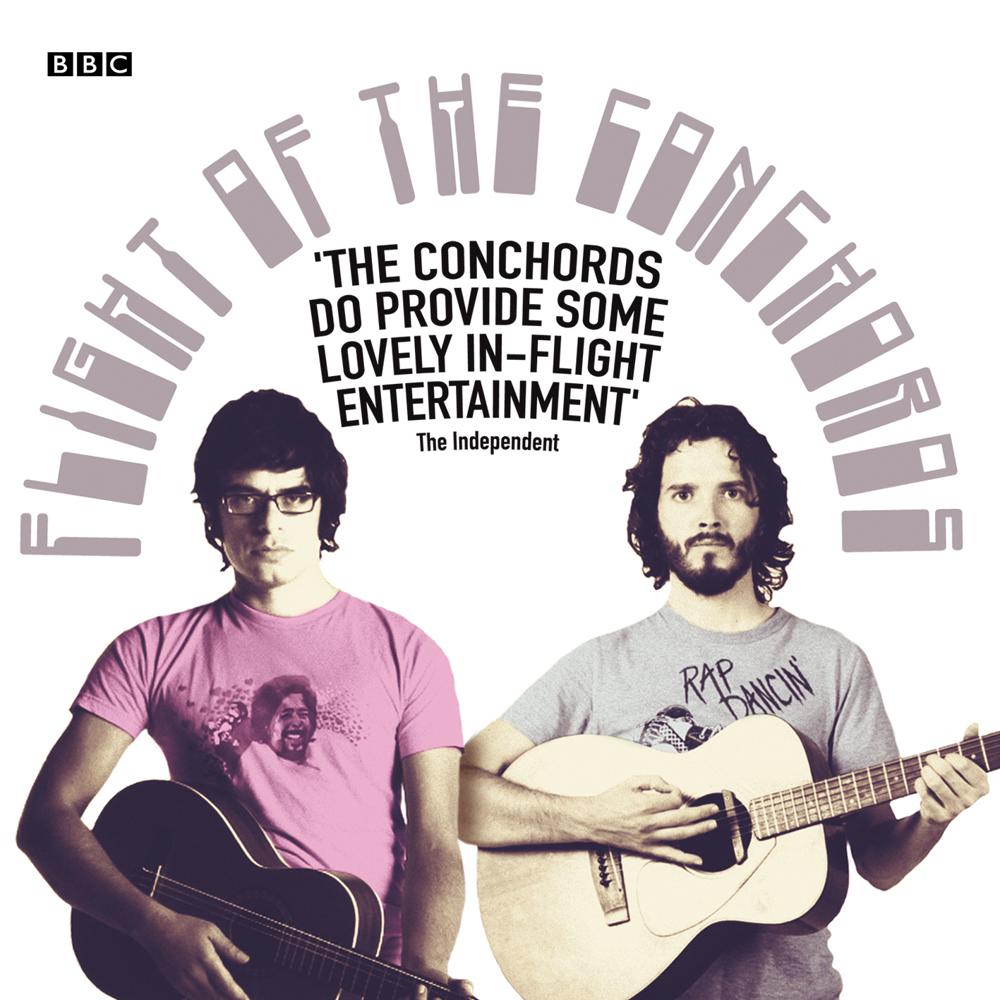 'Hello, I'm Rob Brydon. Join me on an exciting musical journey in the company of a band who have come to mean an awful lot to me. They're probably my fourth, or maybe even third, favourite novely music act - Flight of the Conchords.'

Flight of the Conchords are Bret McKenzie (guitar and vocals) and Jemaine Clement (vocals and guitar) and they're New Zealand's fourth best folk guitar-based jazz, techno hip-hop duo. In this series, we follow their attempts to crack the UK’s novelty music scene with songs such as 'Frodo, Don’t Wear the Ring (Magical Bling Bling)'; 'Fudafafa'; 'Hiphopapotamus' and 'Think About It (Think, Think About It)'.

The Conchords have travelled the world and become one of the best-loved double acts on the circuit. Having secured the talents of Rob Brydon, Daniel Kitson, Greg Proops, Nina Conti, Rhys Darby and Neil Finn, they can - for the first time - tell their story...