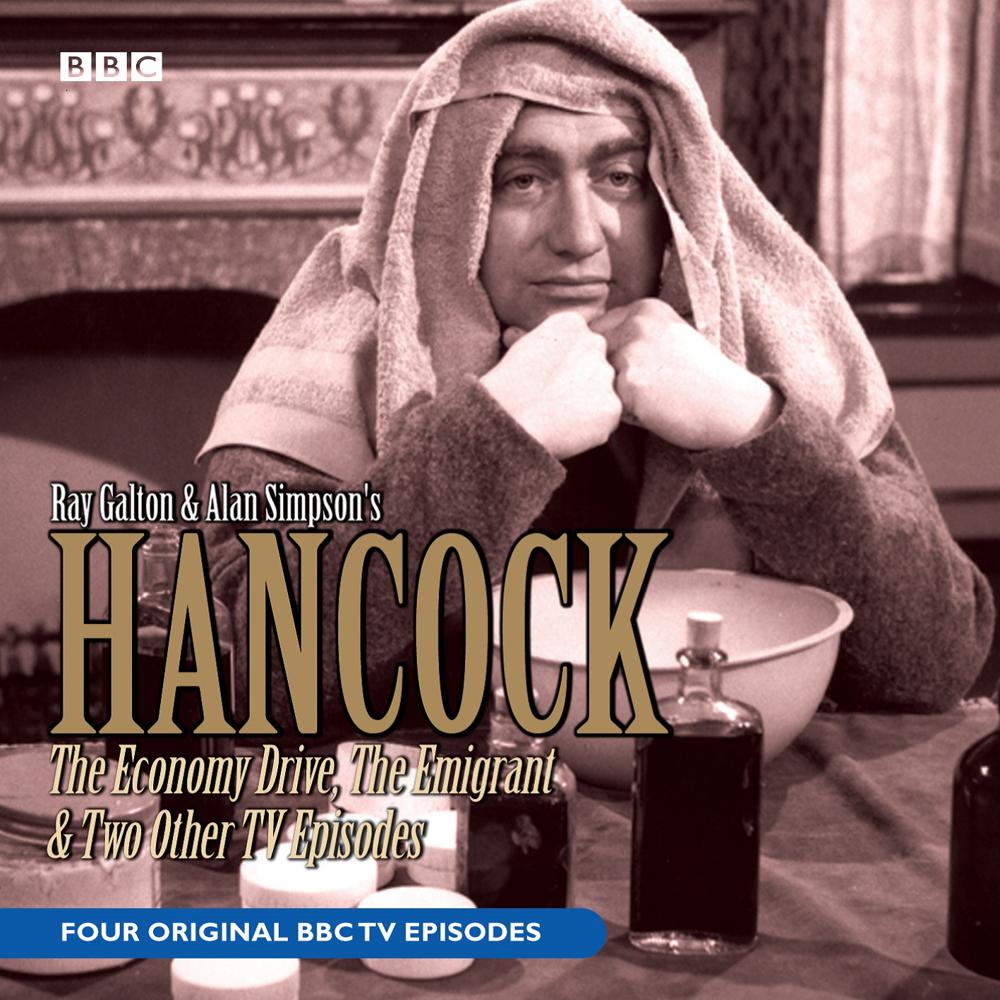 Here are a further four original television soundtracks from the BBC's Hancock series. Once again Tony Hancock stars as the loveable curmudgeon, in four installments written by the character's creators, Ray Galton and Alan Simpson.The Economy Drive
Having come home from holiday to find that Sid has left all the lights on, the TV running, and failed to cancel the milk and the papers, Hancock decides to go on an economy drive. Problems arise in a self-service cafeteria, and even a short stay in a hospital fails to save them any money.
The Cold
Hancock has the most awful cold, his sixth of the winter. He tries everything to cure himself: potions, pills, Mrs Cravat's witch's brew. A visit to his own doctor proves fruitless as the doc is suffering even more than Hancock. But there's always Sid's keep-fit regime....
The Emigrant
Hancock has had enough of England and decides to emigrate. None of the colonies seem keen to have him, however, so Sid arranges a trip on a tramp steamer, which takes the unsuspecting Hancock on a trip to the Arctic Circle.
The Baby Sitters
Hancock and Sid are employed as baby-sitters in a very plush modern house with all the gadgets: hidden TV, remote-controlled curtains, electronic baby alarm. After raiding their host's larder and drinks cabinet, watching TV and failing to calm the baby, the two of them fall asleep. Only when the parents return do they realise they've had a burglary.
©2005 BBC Audiobooks Ltd (P)2005 BBC Audiobooks Ltd