Take It From Here
BBC 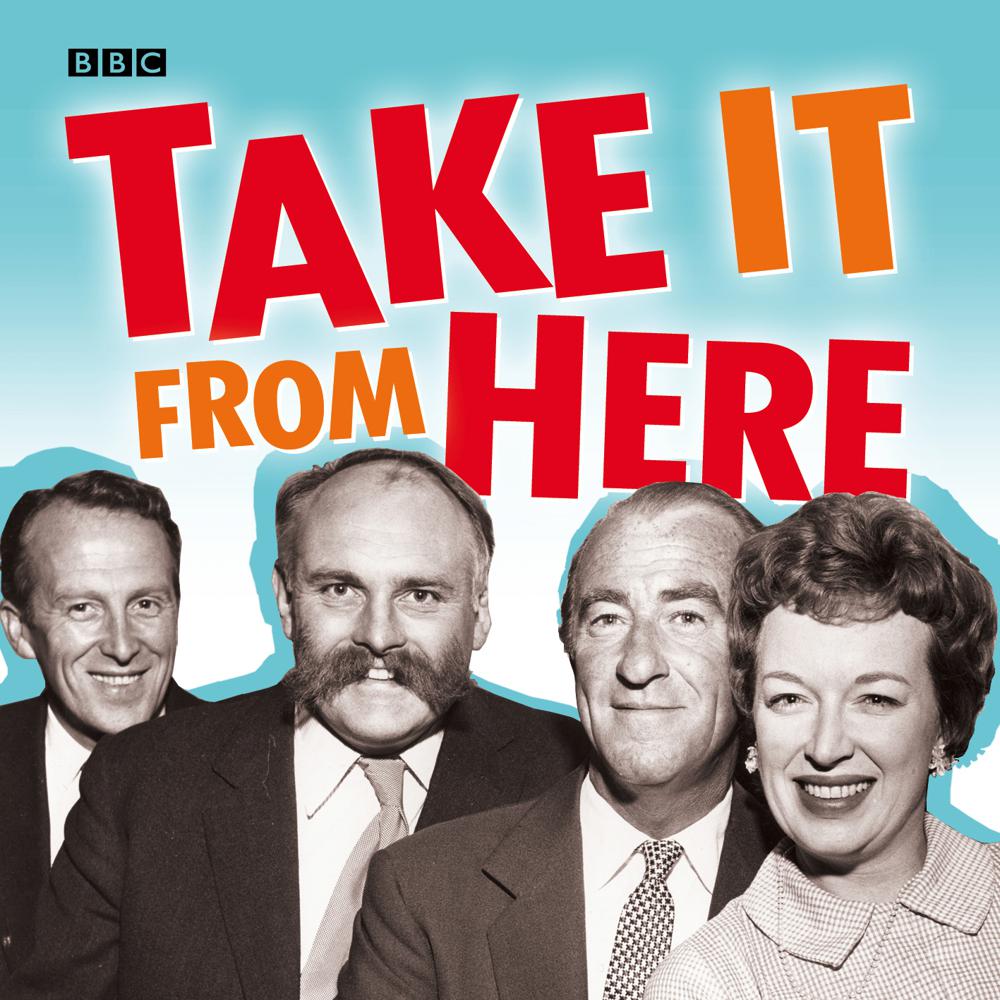 Four episodes from the much-loved radio show starring Dick Bentley, Jimmy Edwards, June Whitfield, and Wallas EatonTake It from Here was one of the most influential radio shows of all time, sweeping in a new era of comedy and introducing an enduring pair of writers: bright young things Frank Muir and Denis Norden. Their literate scripts, and the madcap adventures of Dick Bentley, "Professor" Jimmy Edwards, and June Whitfield, ensured 11 years of classic capers.
Who could forget the barrage of puns, the Take It from Here "Oscar"-winning screen skits, and the hilarious weekly reports on the marathon engagement of the drippy Ron and the doting Eth of The Glums? "Oh, Ron!" and the inevitable response 'Oh, Eth!' became a despairing catchphrase that swept the land, and The Glums' popularity continued in two television series.
Now we can laugh again at their timeless humour in these four fantastic episodes from 1958. Oh, bliss!
©2007 BBC Audiobooks Ltd (P)2007 BBC Audiobooks Ltd