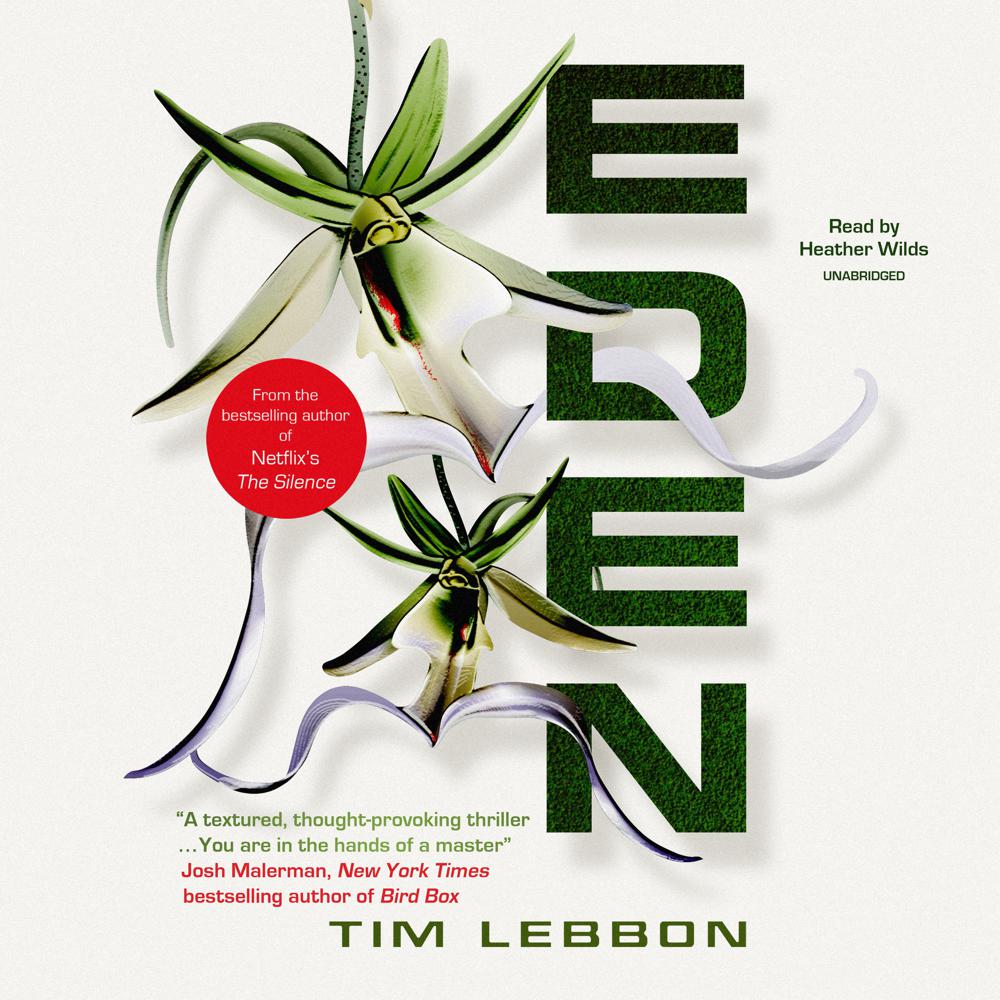 From the bestselling author of the Netflix Original movie The Silence comes a brand-new horror eco thriller.

Earth’s rising oceans contain enormous islands of refuse, the Amazon rainforest is all-but destroyed, and countless species edge towards extinction. Humanity’s last hope to save the planet lies with the Virgin Zones, thirteen vast areas of land off-limits to people and given back to nature.

Dylan leads a clandestine team of adventure racers, including his daughter Jenn, into Eden, the oldest of the Zones. Jenn carries a secret—Kat, Dylan’s wife who abandoned them both years ago, has entered Eden ahead of them. Jenn is determined to find her mother, but neither she nor the rest of their tight-knit team are prepared for what confronts them. Nature has returned to Eden in an elemental, primeval way. And here, nature is no longer humanity’s friend.

“A textured, thought-provoking thriller…You are in the hands of a master.”

“A terrifying thrill ride into nature’s well-deserved revenge on humans.”

“Horror at its best.”

“A near-future as terrifying as it is exhilarating.”

“An entertaining, gruesome story of endurance and survival.”

“Both wondrous and deeply unsettling.”

“Tim Lebbon destroys the world like most of us put our socks on in the morning. But this is different. The catalyst of the story is hope. The hope that humanity survives, against the odds doled out by a planet that has its own plans for survival. Eden is Deliverance with the volume turned up to eleven. A breathtaking ride through the wild - the really wild - that would give Bear Grylls nightmares.”