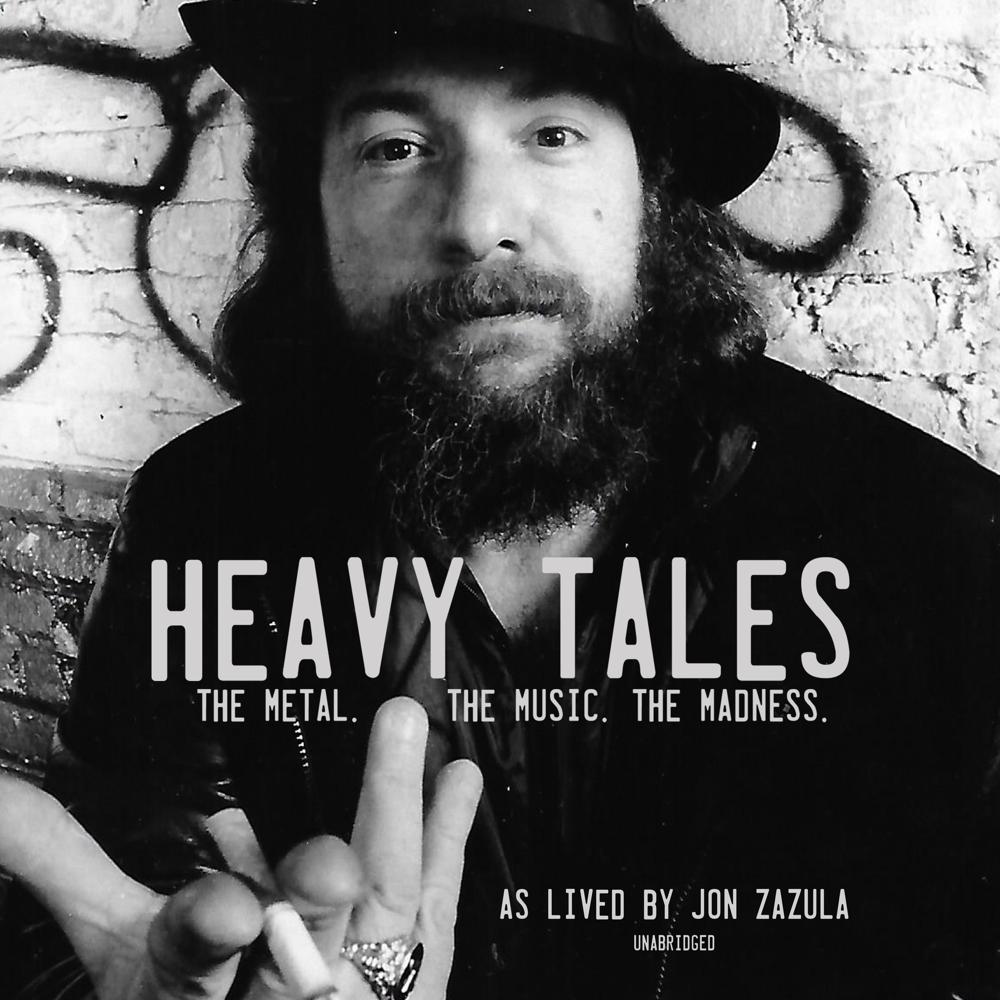 Heavy Tales is the detailed, never-before-told story as lived by Jonny Zazula. A riveting tumultuous journey from renegade youth to metal music mogul, with detailed accounts of the struggles and successes along the way. How he created Megaforce Records, CraZed Management out of a flea market in New Jersey with his wife, Marsha, to discovering Metallica and launching a musical genre that forever changed the scope of music history. The hundreds of artists they worked with would go on to release some of the most prolific and important albums in heavy metal history, giving it its Golden Era.

Penned by Jonny Zazula and co-written by Harold Claros-Maldonado, Heavy Tales details the stories of how Jonny Z worked miracles by managing and releasing albums by Metallica, Anthrax, Testament, Mercyful Fate, Raven, Overkill, Exciter, Stormtroopers of Death, Method of Destruction, Ace Frehley’s Comet, King’s X, Ministry, Mindfunk, Nudeswirl, Warren Haynes, Disco Biscuits, and many more, and how one night in 1984, he jokingly created Rap Metal before anyone else conceived the idea.

With a foreword written by Chuck Billy, plus a bonus feature gallery with over one hundred rare photographs unearthed from the MegaVault, Heavy Tales is the definitive American story of a family man with a dream, determined to prove to the world that heavy metal belonged on the stage, on the radio, and in your living room.

Exclusive only to the Heavy Tales audiobook is a collection of Q+A’s taken from 10 live broadcasts from the Brothers Grimm radio show on Cranium Radio.com, where Jonny answers 89 unfiltered questions from listeners giving an even deeper look into his life.