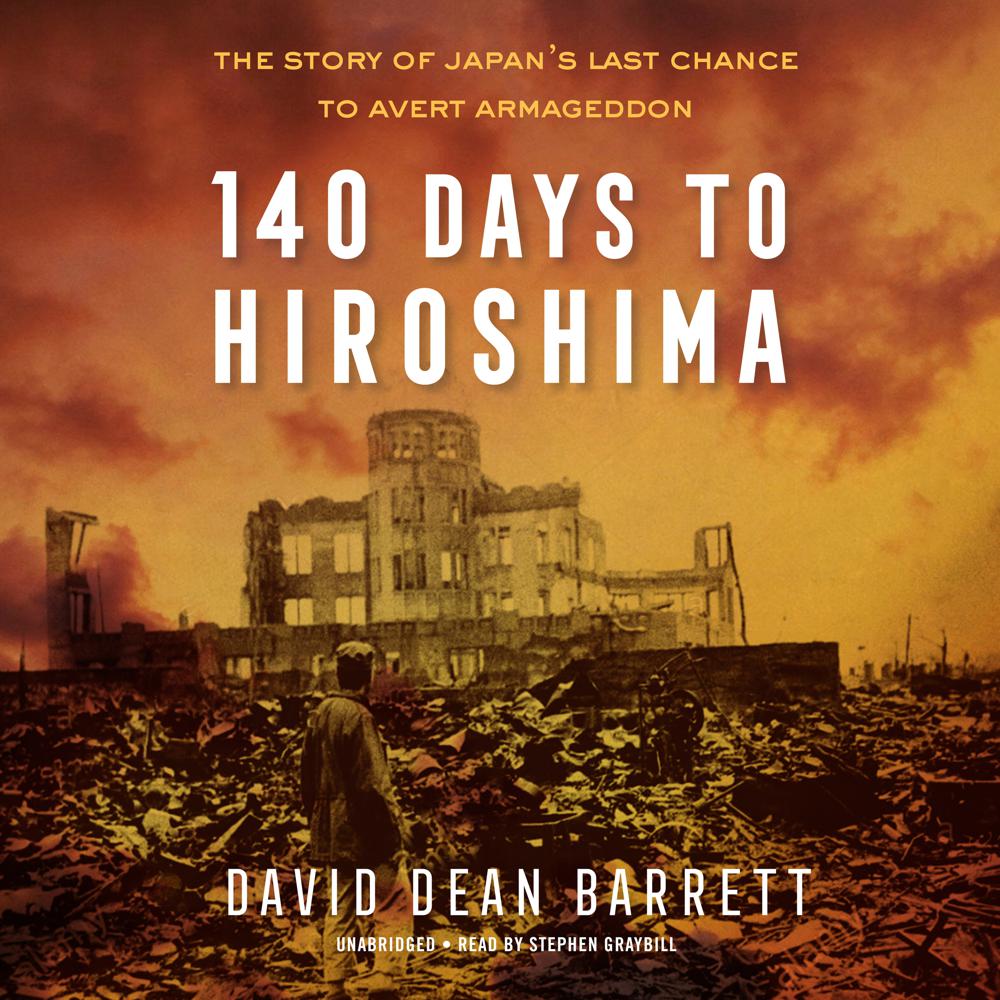 On the seventy-fifth anniversary of the atomic bombings of Hiroshima and Nagasaki comes this heart-pounding account of the war-room drama inside the cabinets of the United States and Japan that led to Armageddon on August 6, 1945.Here are the secret strategy sessions, fierce debates, looming assassinations, and planned invasions that resulted in history’s first use of nuclear weapons in combat, and the ensuing chaotic days as the Japanese government struggled to respond to the reality of nuclear war.

During the closing months of World War II, as America’s strategic bombing campaign incinerated Japan’s cities, two military giants locked in a death embrace of cultural differences and diplomatic intransigence. The leaders of the United States called for the “unconditional surrender” of the Japanese Empire while developing history’s deadliest weapon and weighing an invasion that would have dwarfed D-Day. Their enemy responded with a last-ditch plan termed Ketsu Go, which called for the suicidal resistance of every able-bodied man and woman in the “Decisive Battle” for the homeland. But had Emperor Hirohito’s generals miscalculated how far the Americans had come in developing the atomic bomb? How close did President Harry Truman come to ordering the invasion of Japan?

Within the Japanese Supreme Council at the Direction of War, a.k.a. the “Big Six,” Foreign Minister Shigenori Togo risked assassination in his crusade to convince his dysfunctional government, dominated by militarist fanatics, to save his country from annihilation.

Despite Allied warnings of Japan’s “prompt and utter destruction” and that the Allies would “brook no delay,” the Big Six remained defiant. They refused to surrender even after the atomic bombings of Hiroshima and Nagasaki.

How did Japanese leaders come to this impasse? The answers lie in this nearly day-by-day account of the struggle to end the most destructive conflict in history.

“Barrett drops you right into the situation rooms with the most powerful figures in the world during the most critical days of the 20th century—the climax of World War II. Innovatively structured, highly detailed, and well-documented, this book will draw you in from page one.”

“Historian Barrett debuts with an impressively researched chronicle of the months leading up to the atomic bombing of Hiroshima…By capturing both sides of the conflict, Barrett generates drama despite the inevitability of the book’s conclusion. Military history buffs will be riveted.”

“140 Days to Hiroshima is a deeply researched and carefully nuanced narrative, especially powerful on U.S. and Japanese decision-making throughout 1945, culminating in Japan’s surrender. David Dean Barrett shrewdly integrates essential military realities with the potent domestic cross currents affecting leaders on both sides of the Pacific.”

“Reading like a Tom Clancy thriller, David Dean Barrett’s 140 Days to Hiroshima is a gripping, day-by-day account of the run-up to, and the aftermath of, one of the most cataclysmic and world-changing events of all time—the atomic bombing of two Japanese cities. Here’s the inside story of why the Japanese high command was so determined to continue a war they could not possibly win.”

“David Dean Barrett’s detailing of the ruling militarists’ iron grip on Japanese decision-making—even after two atomic bombs and the Soviet entry into the Pacific War—should finally put to rest any notion that the Japanese were trying to surrender. As 140 Days to Hiroshima clearly shows, it was the bomb that influenced the Emperor to make his historic interventions forcing his government to finally surrender. Yet even then, Japan’s military almost derailed Hirohito’s decree to end the war.”