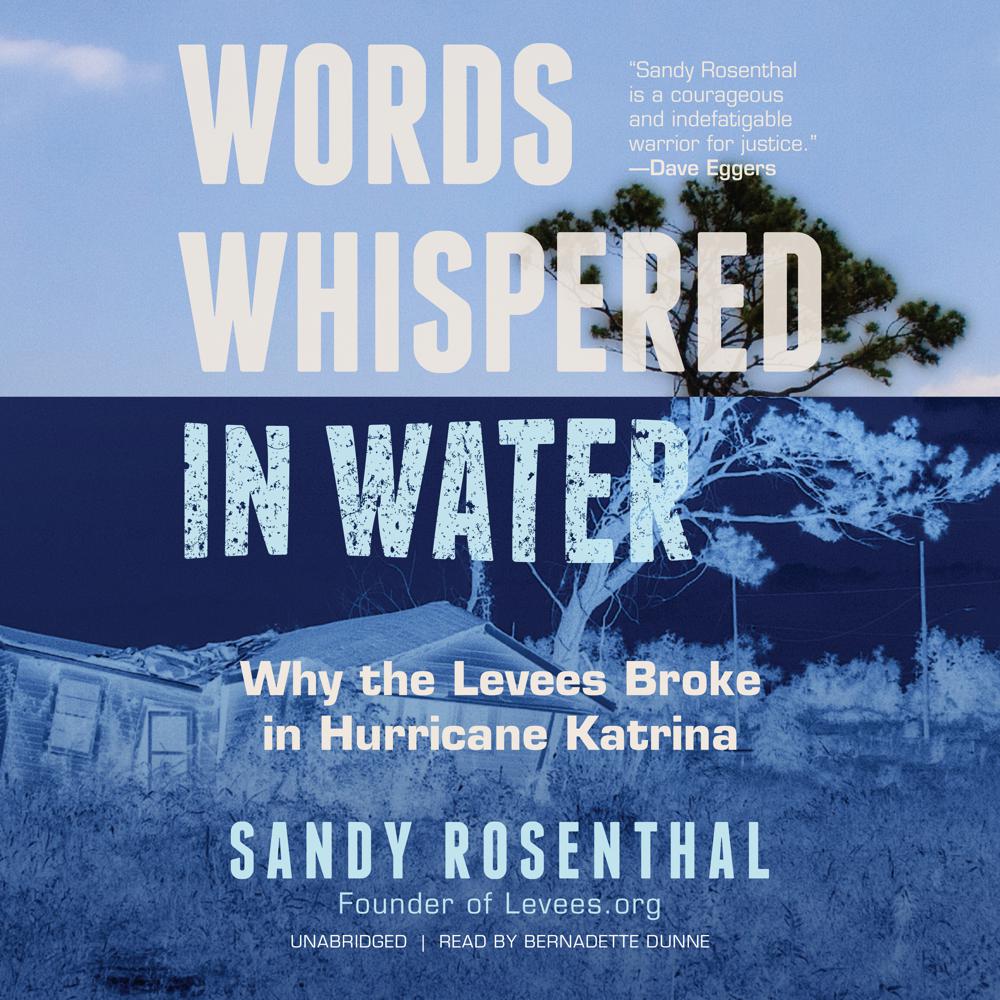 In 2005, the world watched in horror as a major American city—New Orleans—was nearly wiped off the map by an epic flood. Newscasters attributed the flooding to a “natural disaster.”

But one New Orleanian had her doubts.

Words Whispered in Water is the story of how—against all odds—one woman exposed the culprit in the catastrophic flooding and compelled the news media, and the government, to tell the truth.

Words Whispered in Water highlights the importance of exposing the bad behavior of giant corporations and bureaucracies whose unsavory activities affect millions of people, because once bad behavior is exposed, there is noticeably less fraud and better behavior on the part of an organization. Rosenthal’s story is crucial listening for potential citizen activists looking to make a difference. Additionally, Words Whispered in Water provides lessons for politicians and bureaucrats from City Hall, to Congress, to the almost faceless Army Corps.

Finally, Words Whispered in Water offers a valuable warning as to what is likely to happen in this time of eroding coastlines, coupled with America’s history of trying to control—instead of coexist—with water.

Corruption in politics, government and society

“For all the myths and misinformation that circulated after Hurricane Katrina, there are still people across the country who don’t know that it was the collapse of the levees, not the hurricane itself, that drowned New Orleans. Sandy Rosenthal overcame hurricane hardships to establish, with a computer whiz of a son, the Levees.org website to get the story out and arouse the public. The lengths the Army Corps went through to silence her or deflect the truth and the stumbling blocks she experienced along the way are all here in a quick-moving tale. It makes for a gripping read.”

“An inspiring memoir and gripping detective story, Words Whispered in Water investigates the cause of the 2005 New Orleans flood in all of its muddied complexity. In this era of climate breakdown and failing infrastructure, Rosenthal’s book is more than a history lesson. It’s a master class in citizen advocacy and a rousing call to action.”

“Sandy is bright, dedicated, and fearless—a bad combination if you’re an Army Corps of Engineers PR person…. She has fought for her city, and her community, harder than most soldiers fight in war. And, with a new Corps-built system starting to reveal its own problems, she’s not through fighting yet.”

“Read the inside story for yourself in this suspenseful, engaging tale of how Rosenthal began investigating the US Army Corps of Engineers shortly after Katrina and her efforts to hold accountable the Corps and other public officials.”