Nothing Bad between Us
Marlena Fiol 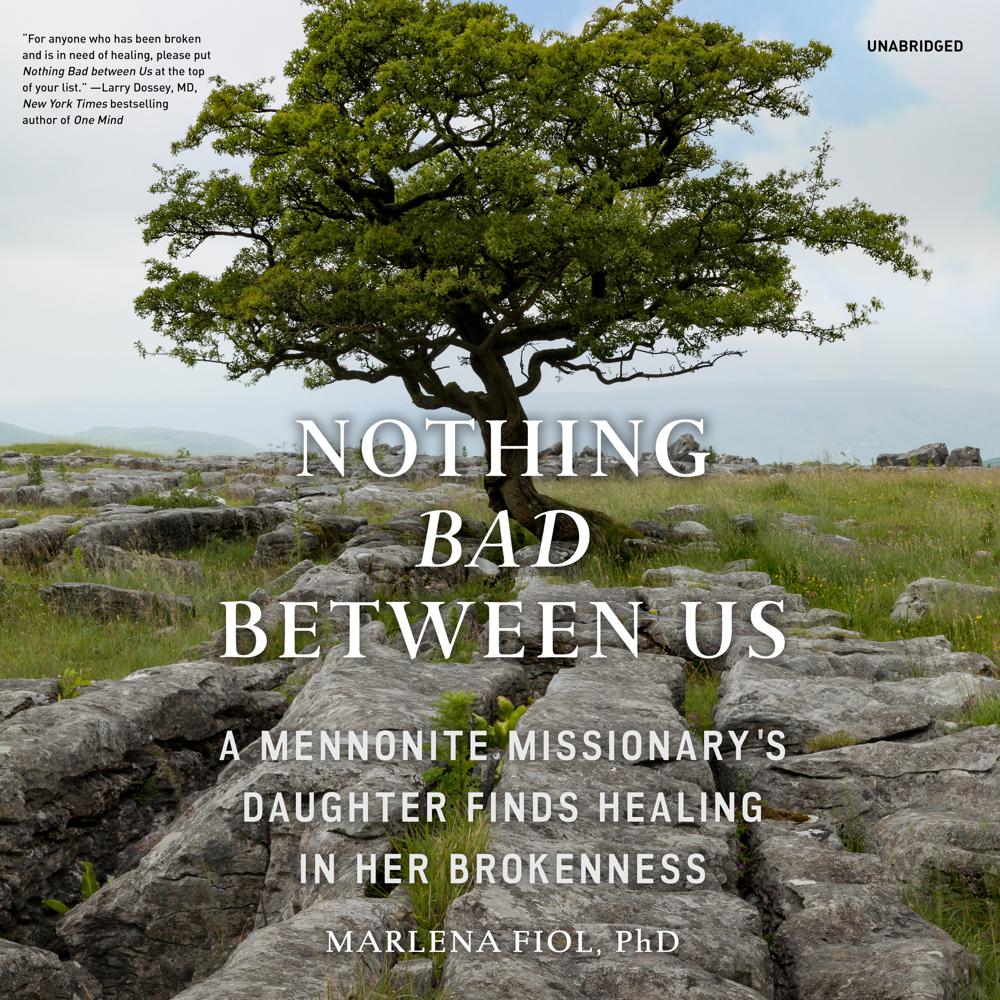 After being publicly humiliated in front of her entire close-knit Mennonite community, Marlena Fiol didn’t know how she would recover. Follow her journey from an abusive upbringing in Paraguay to escape, love, and loss in the United States and finally on to forgiveness and reconciliation.

Discover a story of healing and personal transformation. Marlena’s childhood was full of contradictions. Her father was both a heroic doctor for people with leprosy and an abusive parent. Her Mennonite missionary community was both a devoted tribe and a controlling society. And Marlena longed to both be accepted in Paraguay and escape to somewhere new. In Nothing Bad between Us, follow Marlena’s journey as she takes control of her life and learns to be her authentic self, scars and imperfections included.

Uncover inner peace—and inner strength. Nothing Bad between Us is a story of brokenness and eventual redemption that taps into our collective yearning for healing and forgiveness. As you read Marlena’s story, you will:

Learn how to forgive yourself and others without giving up your personal growth and self-confidenceDiscover that transformation and redemption often exist even in the most broken parts of who you areFind out how to stand in your power, knowing that vulnerability won’t lead to your downfall, but to increasing courage, connection, and authenticity

Readers of memoirs about family, self-healing, and the strength of a woman like The Glass Castle, Love Warrior, and Leaving the Witness will be captivated by Nothing Bad between Us.

“This book could have been written only by someone possessed of uncommon love, compassion, and empathy.”

“A courageous story of both bringing to light family/community secrets and forgiving those who have been emotionally unavailable to us, failed to protect us, or even abused us. Marlena shows us that the path to surviving these kinds of abuses and neglect, while not linear, is achievable.”

“Because Marlena Fiol, in her struggle for freedom, was able to make peace with her father and her faith, she reveals a path toward an accomplished and bitterfree life. Hers is an epic journey of reconciliation.”

“I found Marlena’s story riveting and spellbinding…A true story of healing, deep reflection, raw emotion and triumph. Marlena has been able to see through her own pain in order to encourage and help bring healing to others. Highly recommended.”