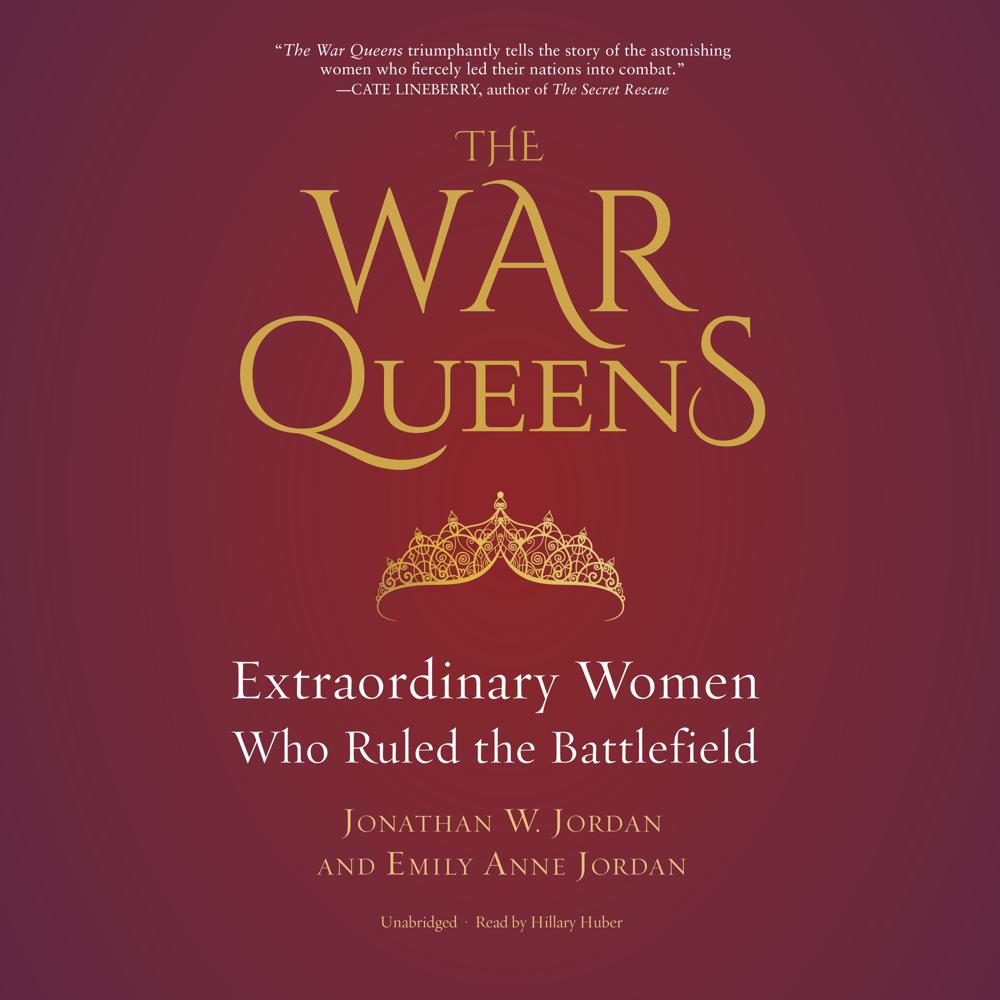 Father-daughter duo Jonathan and Emily Jordan uncover the ingenious wartime tactics of some of history’s most powerful female leaders across millennia and continents, from the stifling battlefields of ancient Egypt to the frigid waters off the Falkland Islands.

History’s killer queens come in all colors, ages, and leadership styles. Elizabeth Tudor and Golda Meir played the roles of high-stakes gamblers who studied maps with an unblinking, calculating eye. Angola’s Queen Njinga was willing to shed (and occasionally drink) blood to establish a stable kingdom in an Africa ravaged by the slave trade. Caterina Sforza defended her Italian holdings with cannon and scimitar, and Indira Gandhi launched a war to solve a refugee crisis.

From ancient Persia to modern-day Britain, the daunting thresholds these exceptional women had to cross—and the clever, sometimes violent ways in which they overcame them—are evoked in vivid detail by Jordan and Jordan. The narrative sidles up to these war queens in the most dire, tumultuous moments of their reigns and examines the brilliant methods and maneuvers they each used to defend themselves and their people from enemy forces. In the end, we come away with a new awareness of the extraordinary power and potential of women in history who walked through war’s kiln and emerged from the other side—some burnished to greatness, others burned to cinders.

“Jordan, who is emerging as one of America’s finest authors and historians, narrates an epic filled with victory, defeat, and legendary women…A sweeping, single-volume history filled with page-turning action and insightful, thought-provoking commentary.”

“Calculating, brilliant, and deadly, these women altered the course of human events, and this book skillfully makes their stories powerful, empowering, and unforgettable.”

“A sweeping history that ranges across several millennia and continents, The War Queens takes readers from the stifling battlefields of ancient Egypt to the frigid waters off the Falkland Islands. Along the way readers meet a diverse cast of historical figures, from Cleopatra and Catherine the Great to Indira Gandhi and Margaret Thatcher. This book should be required reading for anyone who loves history.”

“The War Queens reminds us intelligently, entertainingly and powerfully that strong-willed women have always been the equal—and very often the superior—of their male counterparts, even in the field historically most jealously reserved for men: warfare. Rarely has Rudyard Kipling’s incisive truth been better proven in book form, that ‘the female of the species is more deadly than the male.’”