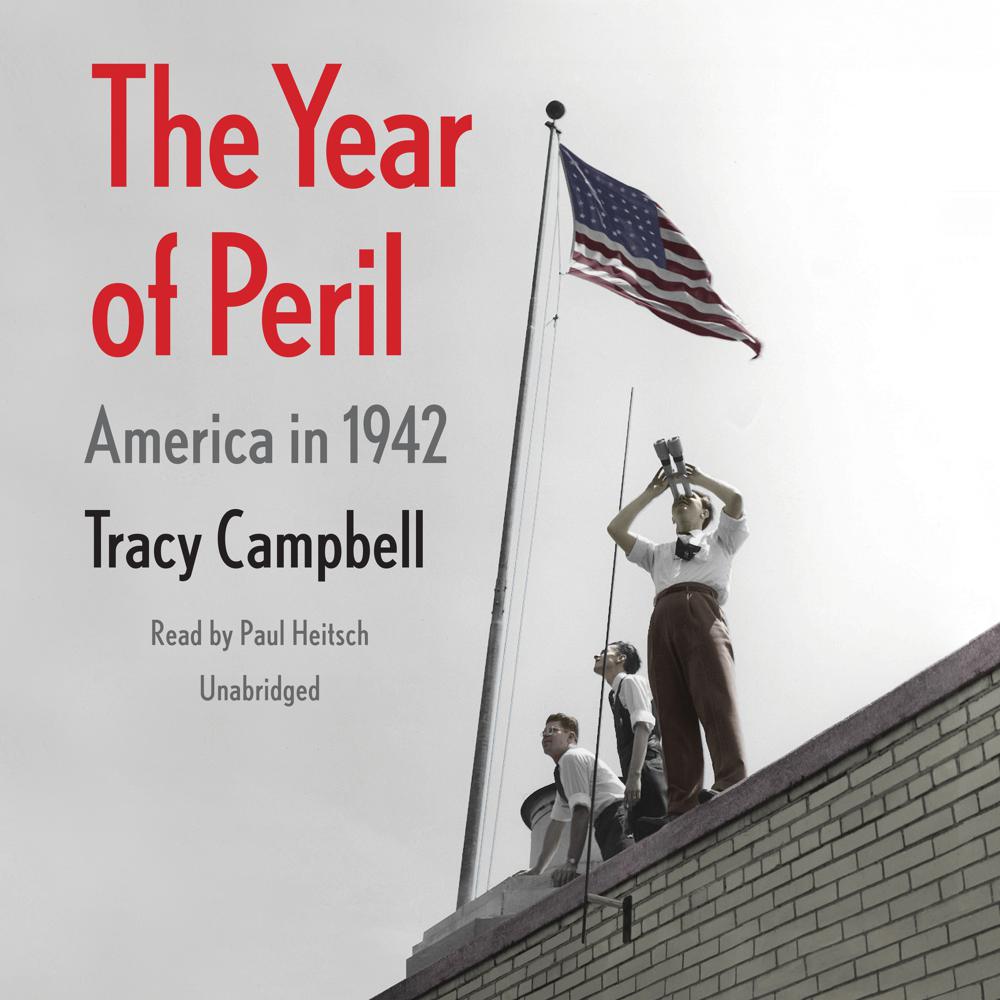 A fascinating chronicle of how the character of American society revealed itself under the duress of World War II.

The Second World War exists in the American historical imagination as a time of unity and optimism. In 1942, however, after a series of defeats in the Pacific and the struggle to establish a beachhead on the European front, America seemed to be on the brink of defeat and was beginning to splinter from within.

Exploring this precarious moment, Tracy Campbell paints a portrait of the deep social, economic, and political fault lines that pitted factions of citizens against each other in the post–Pearl Harbor era, even as the nation mobilized, government-aided industrial infrastructure blossomed, and parents sent their sons off to war. This captivating look at how American society responded to the greatest stress experienced since the Civil War reveals the various ways, both good and bad, that the trauma of 1942 forced Americans to redefine their relationship with democracy in ways that continue to affect us today.

“The shock of Pearl Harbor seemingly united Americans to fight a ‘total war,’ but The Year of Peril reveals how intensely many citizens resented wartime taxes, rationing, and price setting, and how divided they remained due to deep-seated racial prejudices. Tracy Campbell splendidly re-creates the era and dispels its myths.”

“It seems incredible today that the U.S. had no confidence, in the chaos of 1942, that it would win the war or even remain a world power. Tracy Campbell, in this robust and engaging read, has built a mesmerizing narrative re-creation of that momentous year on the home front, a retelling built on assiduous research, the perfect election of small details, and the discipline to write as if he didn’t know the outcome.”

“A war-torn world menaced by fascism, a fragile democracy crippled by racism, as ordinary citizens confront the crisis; Campbell’s riveting history reveals our current predicaments to be the same poisons that almost killed America in 1942.”