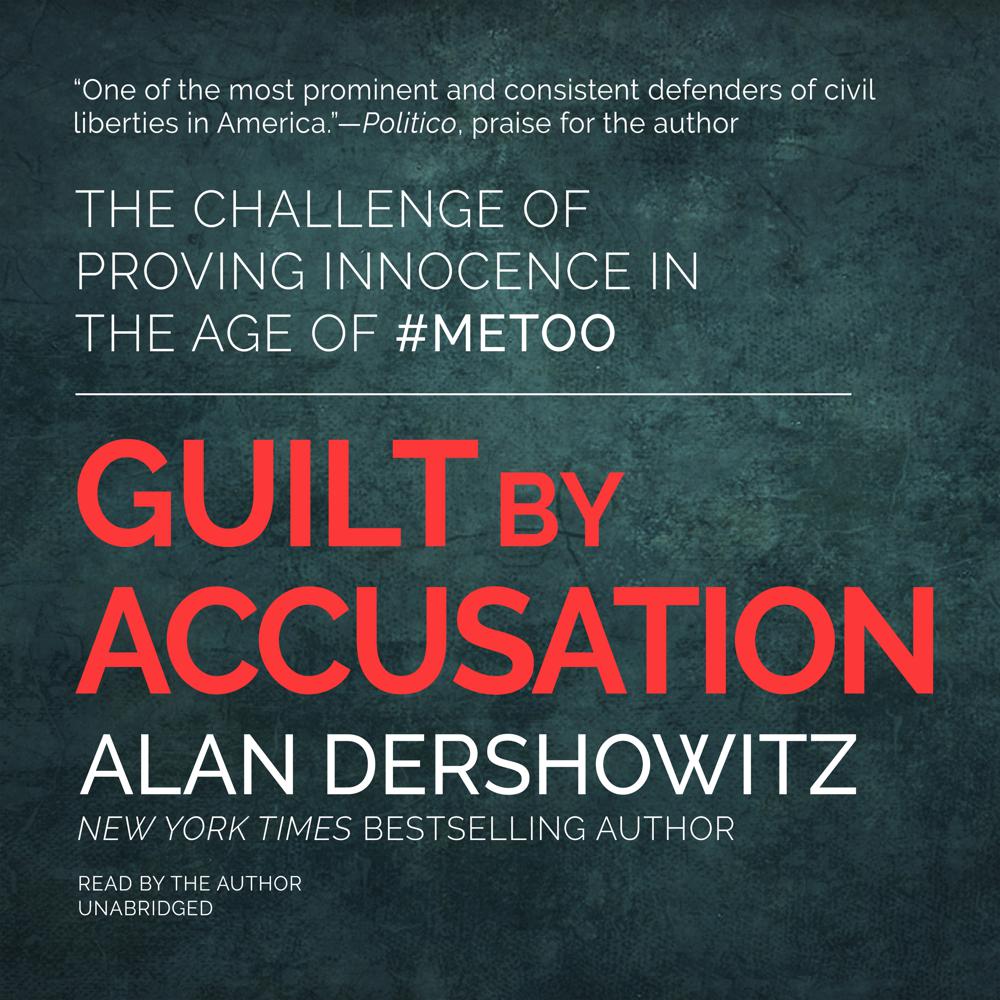 New York Times bestselling author Alan Dershowitz, one of America’s most respected legal scholars, proves—with incontrovertible evidence—that he is entirely innocent of the sexual misconduct accusations against him, while suggesting a roadmap for how such allegations should truly be handled in a just society.

Alan Dershowitz has been called “one of the most prominent and consistent defenders of civil liberties in America” by Politico and “the nation’s most peripatetic civil liberties lawyer and one of its most distinguished defenders of individual rights” by Newsweek. Yet he has come under intense criticism for applying those same principles, and his famed “shoe-on-the-other-foot test,” to those accused of sexual misconduct.

In Guilt by Accusation, Dershowitz provides an in-depth analysis of the false accusations against him, alongside a full presentation of the exculpatory evidence that proves his account, including emails from his accuser and an admission of his innocence from her lawyer, David Boies. Additionally, he examines current attitudes toward accusations of sexual misconduct, which are today, in the age of #MeToo, accepted as implicit truth without giving the accused a fair chance to defend themselves and their innocence, and suggests possible pathways back to a society and legal system in which due process is respected above public opinion and the whims of social media mobs.

This book is Alan Dershowitz’s plea for fairness for both accuser and accused, his principled stand for due process no matter the allegation, and his compelling assertion of his own innocence. It is essential reading for anyone who wants to know the inside story behind the accusations against him or who cares about the current societal debate over how we should handle accusations of sexual misconduct.

The #MeToo movement has generally been a force for good, but as with many good movements, it is being exploited by some bad people for personal profit. Supporters of the #MeToo movement must not allow false accusers to hurt real victims by hiding behind its virtuous shield, turning it into an exploitive sword against innocent people.

“Alan Dershowitz reminds us that popular mod passions and fashions can turn the blameless into public pariahs.”