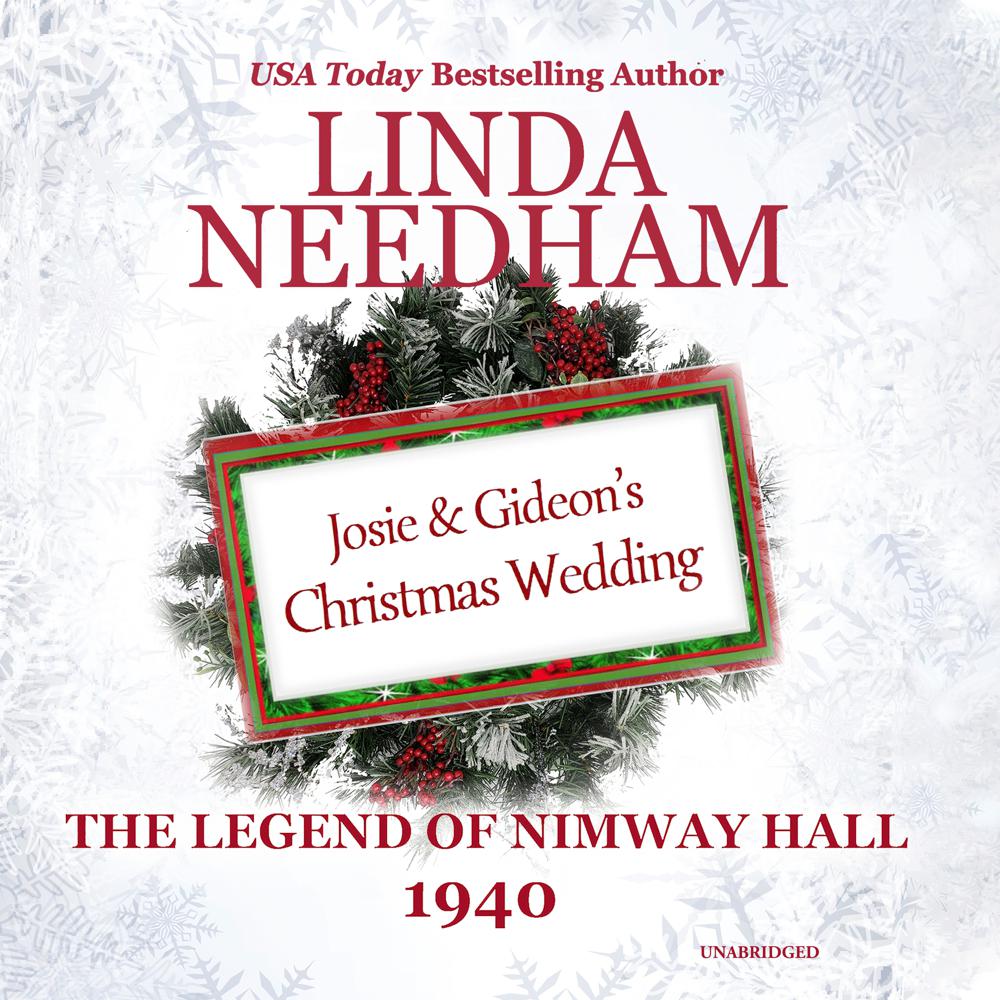 USA Today bestselling author Linda Needham invites you to the Christmas Wedding of Josie & Gideon, the fifth book in a series of romances touched by magic as old as time.

It’s Christmas 1940 and Nimway Hall opens its ancient and enchanting heart to the wedding of Josie and Gideon!

Wartime intelligence agents, Josie and Gideon, are in for a wild adventure as they negotiate the hidden dangers of planning a wedding in the midst of a war.

With two months until their Christmas Day nuptials, and an impressive guest list that includes their two very large and very different families, dear and influential friends, peers and prelates, stars of stage and screen, an admiral and more than one member of Churchill’s War Cabinet, Josie Stirling quickly discovers that adding the planning of Somerset’s wedding of the year to her already over-scheduled days—overseeing Nimway’s vast wartime estate, volunteering for the war effort, and managing her secret intelligence work—may be the straw that finally forces her ask for help from the people who love her, when she was so certain she could do it all herself.

Lt. Colonel Gideon Fletcher takes on the role of husband-to-be of the beautiful and capable guardian of Nimway Hall as fiercely as any military operation, and soon finds himself in a secret war against an unexpected enemy to save the ancient estate from certain destruction.

The matchmaking orb brought Josie and Gideon together in the previous book of the Nimway series. Now, the enchantment of Nimway Hall itself, weaves together the magic of love and family and the joy of Christmas into a tapestry of Happily Ever After.