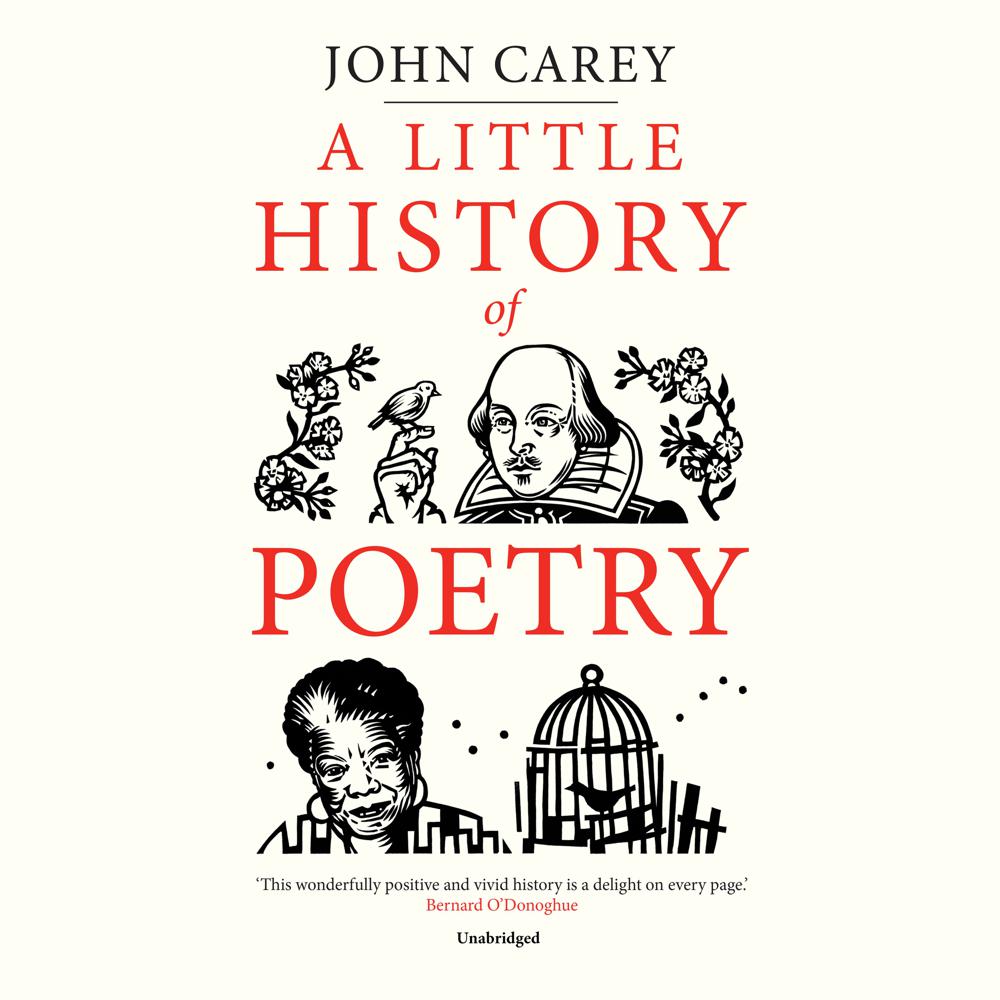 A vital, engaging, and hugely enjoyable guide to poetry, from ancient times to the present, by one of our greatest champions of literature

What is poetry? If music is sound organized in a particular way, poetry is a way of organizing language. It is language made special so that it will be remembered and valued. It does not always work—over the centuries countless thousands of poems have been forgotten. This little history is about some that have not.

John Carey tells the stories behind the world’s greatest poems, from the oldest surviving one written nearly four thousand years ago to those being written today. Carey looks at poets whose works shape our views of the world, such as Dante, Chaucer, Shakespeare, Whitman, and Yeats. He also looks at more recent poets, like Derek Walcott, Marianne Moore, and Maya Angelou, who have started to question what makes a poem “great” in the first place. This little history shines a light on the richness and variation of the world’s poems—and the elusive quality that makes them all the more enticing.

“Clever, wide-ranging…Those looking for a shrewdly condensed and accessible history of poetry could not ask for a better guide.”

“Necessarily swift and adumbrative as well as inclusive, focused, and graceful.”

“In this tenth book in Yale’s splendid Little Histories series… the eminent Oxford literature professor and chief Sunday Times critic spans 4,000 years with admirable concision as he reflects on some of the finest poems ever written.”

“This wonderfully positive and vivid history is a delight on every page…An astonishingly full introduction to English poetry from Beowulf to the present.”

“Books about poetry are rarely page turners, but Carey’s little history is gripping, is unputdownable! Reading this book and its galaxy of poets is like looking up at the sky and seeing the whole wheeling and constellated universe.”