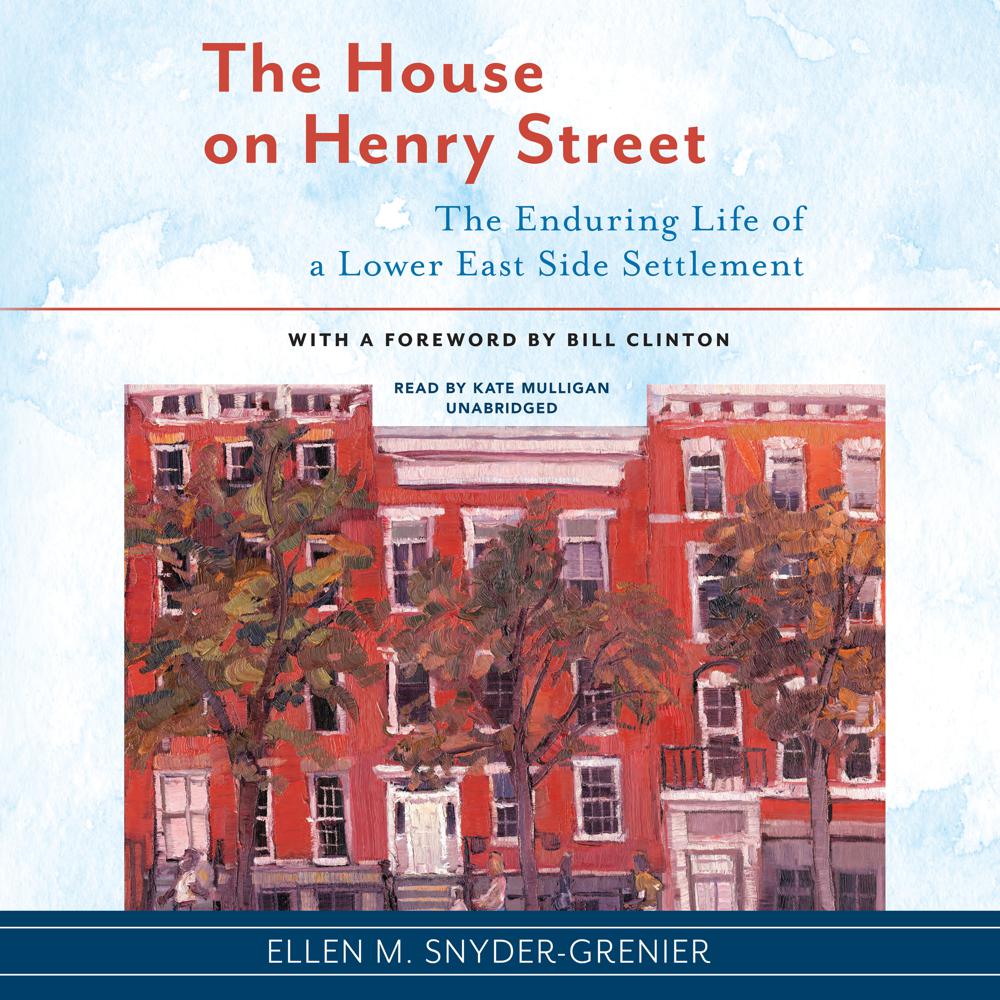 On a cold March day in 1893, 26-year-old nurse Lillian Wald rushed through the poverty-stricken streets of New York’s Lower East Side to a squalid bedroom where a young mother lay dying—abandoned by her doctor because she could not pay his fee. The misery in the room and the walk to reach it inspired Wald to establish Henry Street Settlement, which would become one of the most influential social welfare organizations in American history.

Through personal narratives, vivid images, and previously untold stories, Ellen M. Snyder-Grenier chronicles Henry Street’s sweeping history from 1893 to today. From the fights for public health and immigrants’ rights that fueled its founding, to advocating for relief during the Great Depression, all the way to tackling homelessness and AIDS in the 1980s, and into today—Henry Street has been a champion for social justice. Its powerful narrative illuminates larger stories about poverty, and who is “worthy” of help; immigration and migration, and who is welcomed; human rights, and whose voice is heard.

For over 125 years, Henry Street Settlement has survived in a changing city and nation because of its ability to change with the times; because of the ingenuity of its guiding principle—that by bridging divides of class, culture, and race we could create a more equitable world; and because of the persistence of poverty, racism, and income disparity that it has pledged to confront. This makes the story of Henry Street as relevant today as it was more than a century ago. The House on Henry Street is not just about the challenges of overcoming hardship, but about the best possibilities of urban life and the hope and ambition it takes to achieve them.

“Beautifully illustrated and written. Everyone who cares about the fight for social justice in American history will want to read this remarkable story.”

“Well written and well researched, this tells the riveting story of how Henry Street Settlement has gone on serving the poor, working people, and really all New Yorkers, for 125 years and counting.”

“I will always cherish my time spent as a youth counselor at Henry Street Settlement … and am thankful Henry Street’s legacy continues to inspire and change lives today.”

“A truthful account of the Lower East Side and its acclaimed hero, Lillian Wald. The House on Henry Street is a simply indispensable read that encapsulates a key piece of New York’s history and reminds us of our shared values of compassion and caring for one another.”

“Henry Street Settlement holds a significant and singular place in the history of the NAACP, having served as a site for the initial meetings of the Association’s founders. It deserves study as a landmark in the Civil Rights, social justice, and community activism movements.”

“A readable and excellent history that reveals the rich American legacy of immigration.”

“This wonderful history sets the House on Henry Street against the constantly changing backdrop of the Lower East Side.”

“This moving account of Henry Street Settlement reminds us of the good that can be done when dedicated souls heed what President Lincoln called ‘the better angels of our nature.’ This is a very American story—and more important, it’s a very human one.”