True Creator of Everything
Miguel Nicolelis 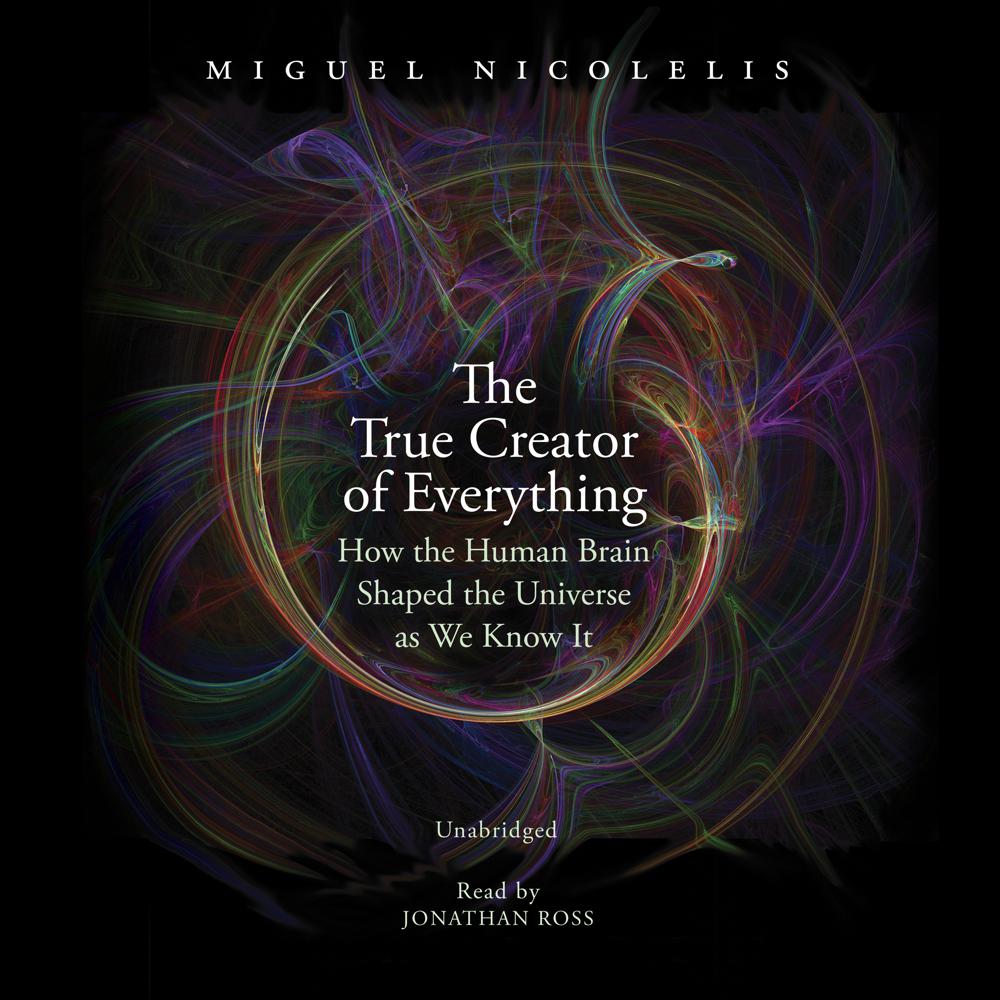 A radically new cosmological view from a groundbreaking neuroscientist placing the human brain at the center of humanity’s universe.

Renowned neuroscientist Miguel Nicolelis introduces listeners to a revolutionary new theory of how the human brain evolved to become an organic computer without rival in the known universe.

Nicolelis undertakes the first attempt to explain the entirety of human history, culture, and civilization based on a series of recently uncovered key principles of brain function. This new cosmology is centered around three fundamental properties of the human brain: its insurmountable malleability to adapt and learn; its exquisite ability to allow multiple individuals to synchronize their minds around a task, goal, or belief; and its incomparable capacity for abstraction.

Combining insights from such diverse fields as neuroscience, mathematics, evolution, computer science, physics, history, art, and philosophy, Nicolelis presents a neurobiologically based manifesto for the uniqueness of the human mind and a cautionary tale of the threats that technology poses to present and future generations.

“The scope of this book is impressive…it provokes us to think deeply about our views on what we consider as reality.”

“Miguel Nicolelis is proposing an Enlightenment of the twenty-first century, in which all the old values of human society are reassessed and new values are proposed based on how the human brain is the measure of all things.”

“Nicolelis’s neuroscientific descriptions that form the basis of his theories expand and transcend current thinking in neuroscience—a characteristic that has epitomized his scientific career.”

“Miguel Nicolelis’s marvelous book is a great adventure story about the brain’s central role in creating our conception of the universe and its contents; it is colorful, electrifying, and deep. He’s one of our great scientific adventurers and this book leverages his expertise and passion in formulating a theory on the origins of everything.”

“In a sweeping style befitting his passion for neuroscience, Miguel Nicolelis takes the reader on a journey across his decades of scientific inquiry regarding a most amazing organ and into a future he foresees, challenging contemporary thinking. E pur si muove.”