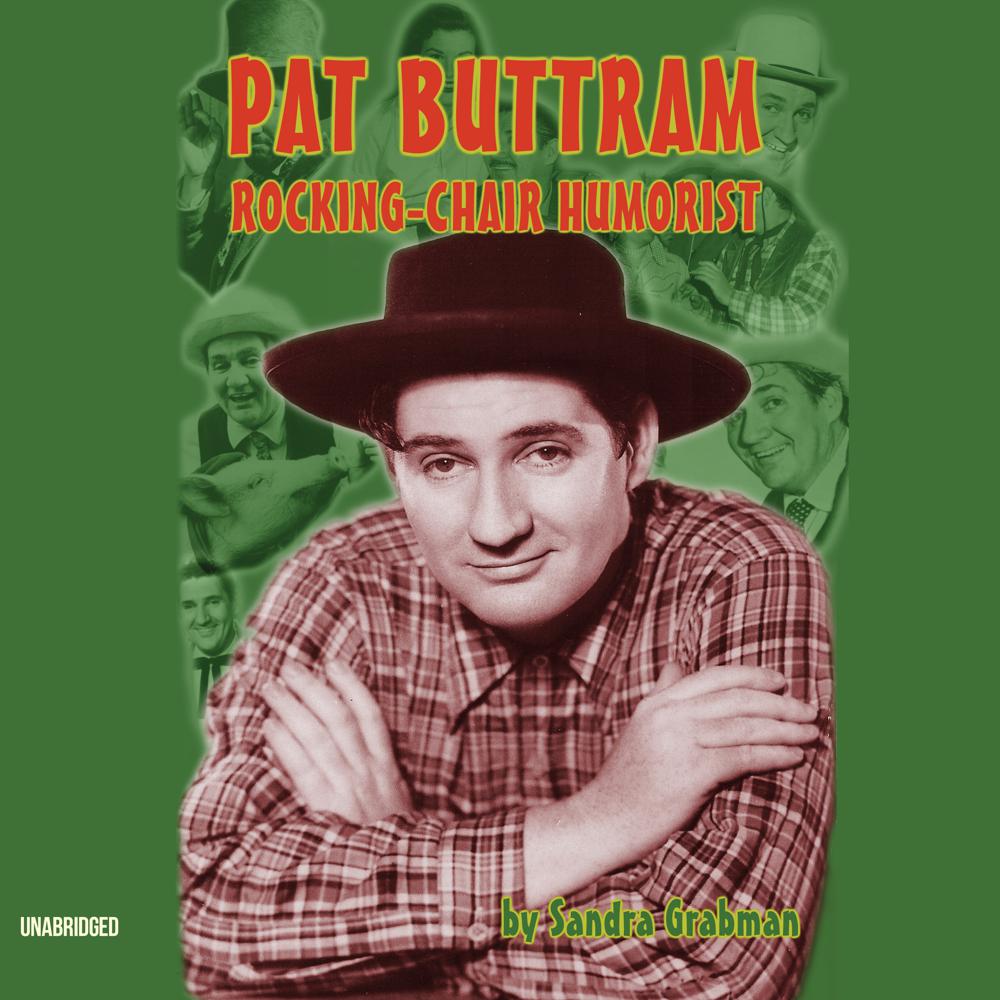 Millions of people laughed at and adored con man Mr. Haney on the 1960s television series, Green Acres. Who can forget his wily, cunning, and hilarious shenanigans at the expense of the eternally harassed Mr. Douglas?

Mr. Haney was played by Pat Buttram, an American actor also once known for playing Western star Gene Autry’s sidekick in many memorable Hollywood movies. Pat’s distinctive voice, in his own words, “never quite made it through puberty!”

Today’s youth also know his yodelly voice as Napoleon the hound dog in The Aristocats, the Sheriff of Nottingham in Robin Hood, Luke the swamp inhabitant in The Rescuers, Chief the hunting dog in The Fox and the Hound, and one of the cartoon bullets in Who Framed Roger Rabbit?.

Discover the man behind the myth in Sandy Grabman’s richly researched book. Pat’s career reads like a true Hollywood success story from his humble beginnings to living the dream of making people laugh, winning the The Pacific Pioneers Broadcaster’s Award, and winning an Emmy. His was one of the most recognizable voices in movies and on television.

For the first time, his story is recalled by friends, family members, co-stars, and co-workers at Gene Autry Enterprises. Also interspersed throughout the book are many of Pat’s original, unforgettable one-liners. If they make you laugh, they will have earned their keep.