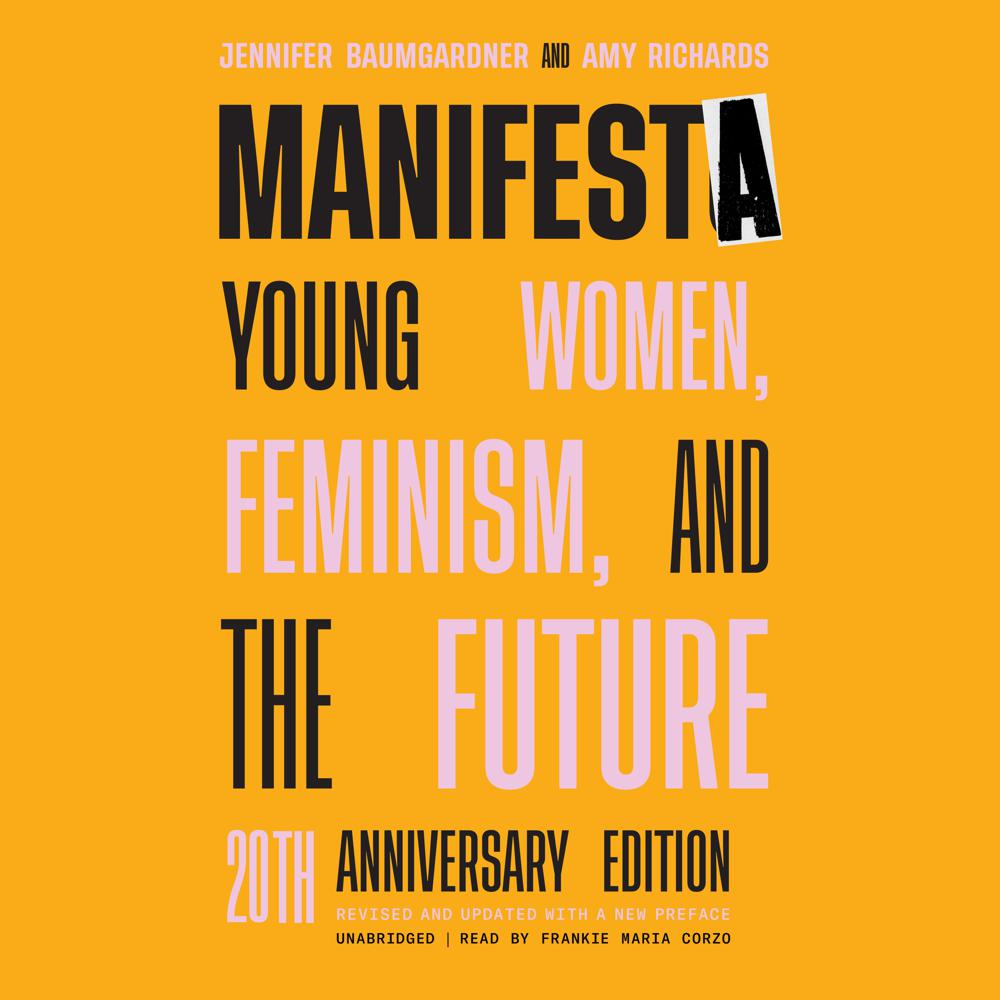 The twentieth anniversary release of a groundbreaking feminist text: a powerful indictment of the current state of feminism, and a passionate call to arms.

Today, people of all genders strive to uphold the goals of feminism and proudly embrace the term, but the movement itself is often beset with confusion and questions. Does personal empowerment happen at the expense of politics? Is feminism for the few―or does it speak to the many as they bump up against daily injustices? What does it mean to say “the future is female?”

In 2000, Jennifer Baumgardner and Amy Richards’s Manifesta set out to chronicle the feminism of their generation. They brilliantly revealed the snags in various hubs of the movement―from antipathy to the term itself to the hyped hatred of feminism’s imperfect spokespeople―and showed that these snags had not imperiled the feminist cause. The book went on to inspire a new generation of readers and has become a classic of contemporary feminist literature.

In the decades since Manifesta was published, the world has changed in ways both promising and terrifying. This twentieth anniversary edition of Manifesta features an updated bibliography, timeline, and resources, as well as a new introduction by the authors. Expertly unpacking both early women’s history and the Third Wave feminism that seeded the active righteous intersectionality we see today, Manifesta remains an urgent and necessary tool to make sense of our past, present, and future.

“[The authors] have sorted out the fruits of this wave of feminism—intended and unintended, media mess and truth—for a new generation. With wit and honesty, Manifesta shows us the building blocks of the future of this longest revolution.”

“An important contribution to the subject.”

“Manifesta is a breath of fresh air. At last, Gen X takes on feminism and revamps a feminist manifesto for a new era. A jolt, a resource, a timeline, and a challenge, Manifesta is a readable, well-informed, and necessary to any young woman—or man—who craves gender equality.”

“A reasoned and passionate call to action and an exciting how-to guide for both burgeoning and seasoned Third Wave feminists.”