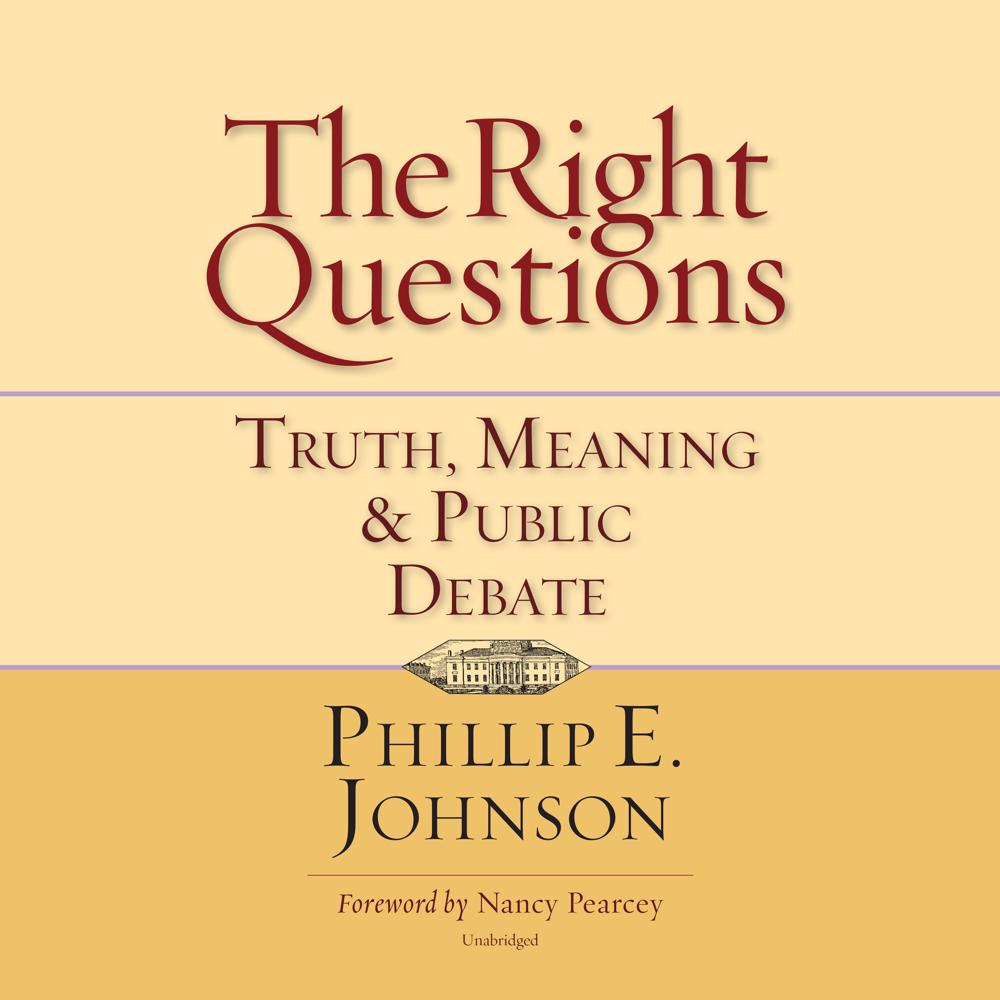 Phillip E. Johnson pries the lid off public debate about questions of ultimate concern—questions often suppressed by our society’s intellectual elite. Moving far beyond matters of creation and evolution, Johnson outlines the questions we all ought to be asking about the meaning of human history, the limits of scientific inquiry, religion and education in a pluralistic society, truth, liberty and moral choices, and God and His Word, Jesus Christ.

Johnson deftly demonstrates how the reigning naturalistic philosophy not only squelches public debate but also constrains us to ask the wrong questions. Unless we start with the right questions, Johnson argues, our discussions will be framed by the assumptions of that very philosophy which must be challenged.

Johnson asserts that even the Christian church has much too often passively accepted this limiting frame of mind to the detriment of all. But Christian faith and conviction instead ought to lead in opening up the search for truth and meaning through the kind of public education that “teaches in controversy.” Then all of us will be prepared to engage in lively, informed and civil debate about the questions that really matter:

Why is it always wrong to mix science and religion?What is the ultimate premise, the beginning point, from which logic should proceed?How can a college education prepare students to understand the ultimate purpose or meaning for which life should be lived and to choose rightly from among the available possibilities?What is the appropriate understanding of religion in a pluralistic nation where substantial numbers of Christians, agnostics, Jews, and Muslims all need to live together in peace?How can democratic liberalism remain viable when severed from its Christian roots?What is the most important event in human history?

Provocative, personal, persuasive, and prophetic, Johnson is certain to help us break free from our intellectual and spiritual captivity.