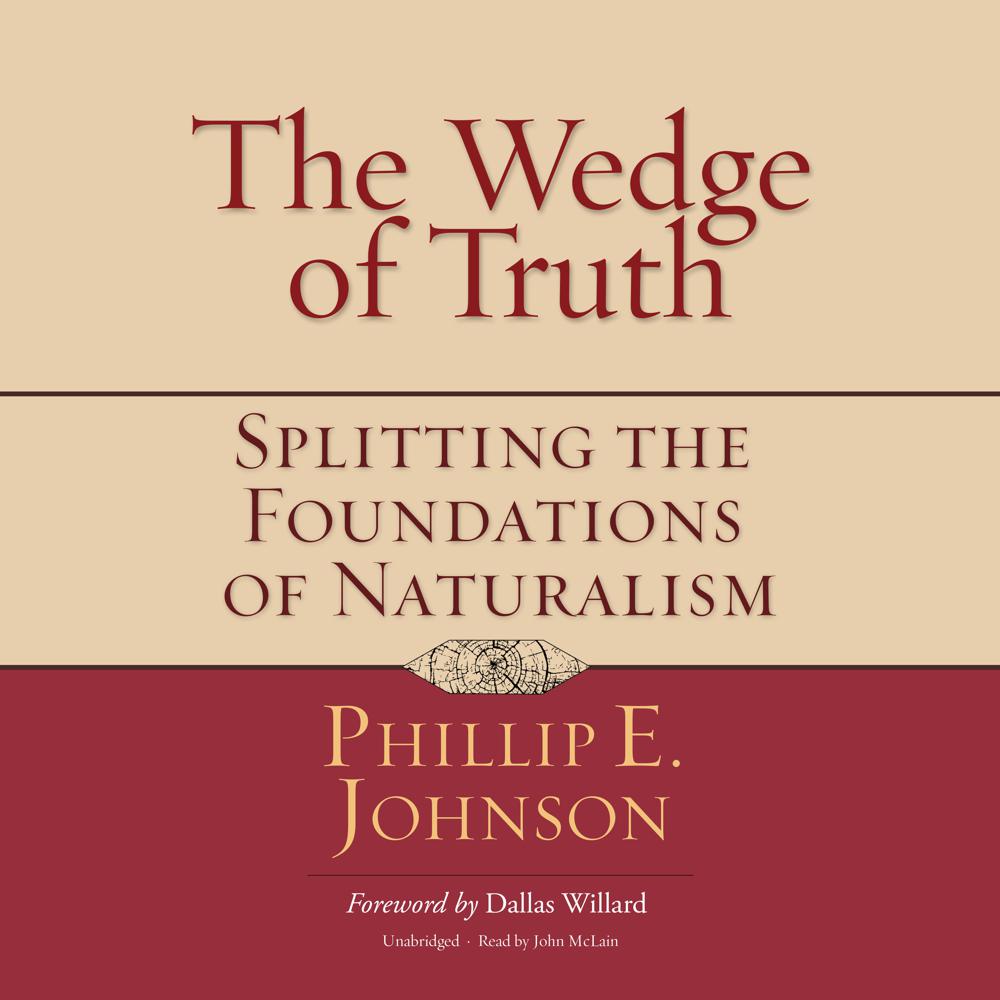 Science is the supreme authority in our culture. Science speaks so authoritatively in our culture that many are tempted to use its clout to back claims that go beyond the available evidence. How can we identify when such ideological sleight of hand has taken place?

This wedge of truth does not “wedge out” a necessary foundation of rational thought. But it does “wedge in” the much-needed acknowledgment that reason encompasses more than mere scientific investigation. Phillip E. Johnson argues compellingly for an understanding of reason that brings scientific certainty back into relational balance with philosophical inquiry and religious faith.

Applying his wedge of truth, Johnson analyzes the latest debates between science and religion played out in our media, our universities, and society at large. He looks to thinkers such as Newbigin, Polanyi, and Pascal to lay a foundation for our seeing the universe in a totally different way. And from that base he then considers the educational programs and research agendas that should be undertaken—and have already begun in some earnest—during this new century.

In the end, Johnson prophetically concludes that the walls of naturalism will fall and that the Christian gospel must play a vital role in building a new foundation for thinking—not just about science and religion, but about everything that gives human life hope and meaning.

“By asking the right questions, Phil Johnson brilliantly exposes the fault lines of the reigning Darwinian orthodoxy and challenges its disciples who preach philosophical naturalism under the guise of science. The Wedge is a must-read. Witty, engaging and insightful, it cuts to the heart of the most crucial issue of our day.”

“A helpful, challenging resource…Should have credibility even for readers outside his primarily Christian audience.”