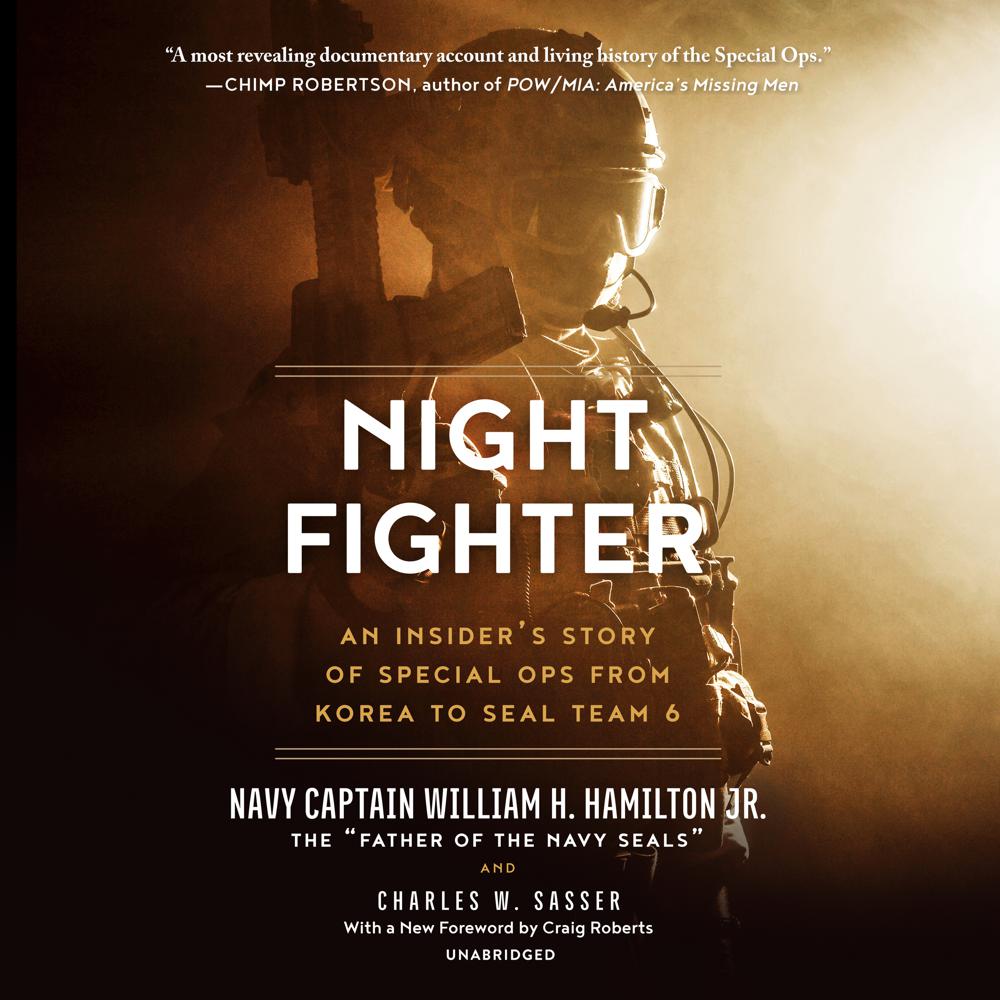 For readers of American Sniper, the stirring account of a life of service by the “father of the US Navy SEALs”

One month after the Bay of Pigs fiasco, when President John F. Kennedy pressed Congress about America’s “urgent national needs,” he named expanding US special operations forces along with putting a man on the moon. Captain William Hamilton was the officer tasked with creating the finest unconventional warriors ever seen. Merging his own experience commanding Navy Underwater Demolition Teams with expertise from Army Special Forces and the CIA, and working with his subordinate, Roy Boehm, he cast the mold for sea-, air-, and land-dispatched night fighters capable of successfully completing any mission anywhere in the world. Initially, they were used as a counter to the potential devastation of nuclear war, and later for counterterrorism and hostage rescue. His vision led to the formation of the celebrated SEAL Team 6. In this stirring, action-filled book, Hamilton tells his story for the first time.

Night Fighter is a trove of true adventure from the history of the late twentieth century, which Hamilton lived, from fighter pilot in the Korean War to operative for the CIA in Vietnam, Africa, Latin America, and Europe, from the Pentagon to Foggy Bottom, and from the Cuban Missile Crisis to the Reagan White House’s Star Wars. Like American Sniper, here is the record of a life devoted to patriotic service.

“A most revealing documentary account and living history of the Special Ops.”

“Without the commitment, passion, ingenuity, and ruthlessness of Hamilton and (Roy) Boehm, there would have been no SEAL teams as we know them.”

“Night Fighter is unique. It is a most revealing documentary account and living history of the Special Ops, and I know of no other book that offers so complete and objective a glimpse within the organization. By the end, you will know and feel what it was like to be a night fighter from Korea all the way to SEAL Team 6.”