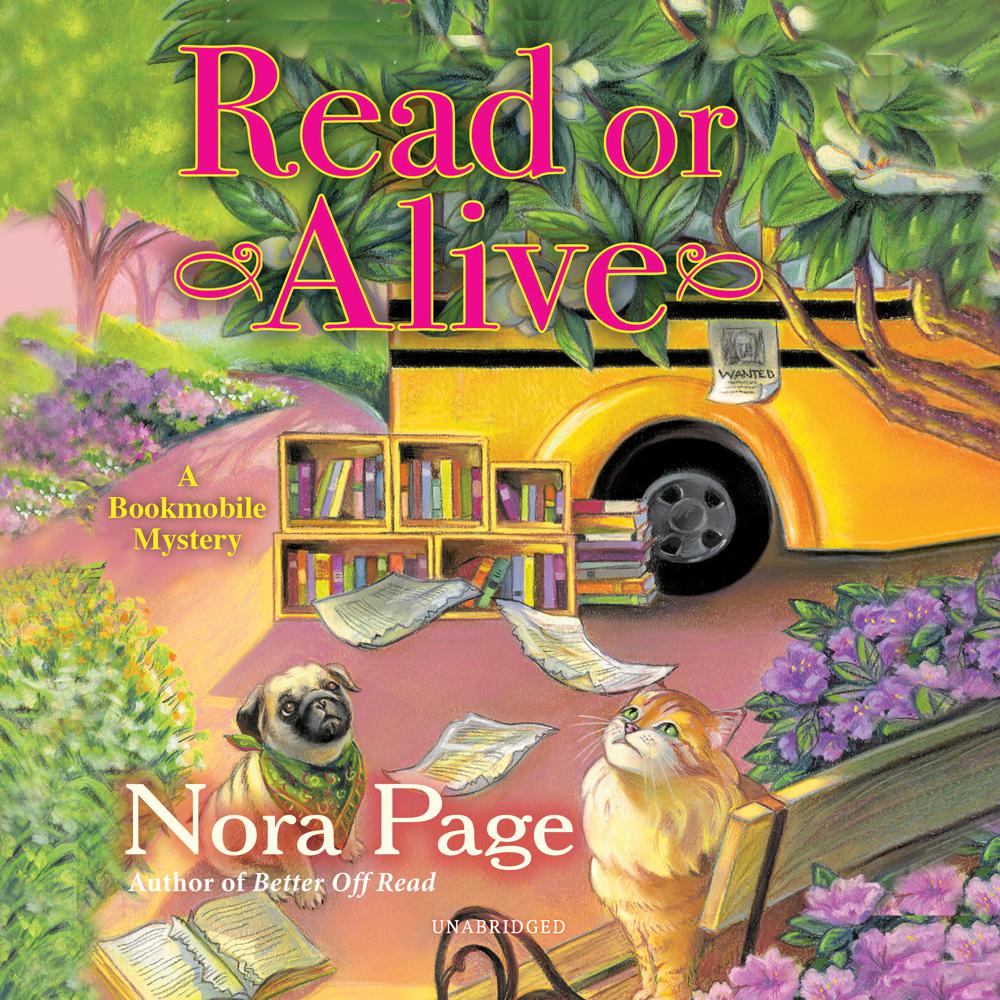 A match made in cozy heaven for fans of Jenn McKinlay, Kate Carlisle, and book lovers everywhere, Nora Page’s third Bookmobile mystery will (book)worm its way into your heart.

Two wrongful accusations has librarian Cleo Watkins and her loved ones booked for trouble.

It’s springtime, and septuagenarian librarian Cleo Watkins is celebrating new blooms and old books. To her delight, the Georgia Antiquarian Book Society has brought its annual fair to Catalpa Springs in honor of Cleo’s gentleman friend, respected antiquarian bookseller and restorer, Henry Lafayette. But trouble rolls in with the fair when a flirtatious book scout makes the rounds, charming ladies of a certain age out of prized books.

Among the conned is Cleo’s cousin, Dot, who relinquished a signed first edition of Gone With the Wind. With no proof the scout took it, Dot is at a loss. And when he’s found dead the very next morning, without Dot’s first edition and other valuable books reported missing in his belongings, Dot’s freedom is on the line. Cleo is flummoxed in discovering too that the scout’s body is found behind Henry’s shop, and the murder weapon identified to be Henry’s bookbinding hammer.

Although books are at the heart of the crimes, Cleo feels dizzyingly out of her depths. Someone is setting up the people she holds dearest, and with the authorities on the wrong trail, Cleo has no choice but to catalog the evidence herself. Along with the help of her trusty bookmobile cat Rhett Butler, it will be up to Cleo to book the real killer for good.

“Page offers a fascinating look at book collectors and their world. Cozy fans will look forward to seeing more of Cleo and her friends.”