Seriously Not All Right
Ron Capps 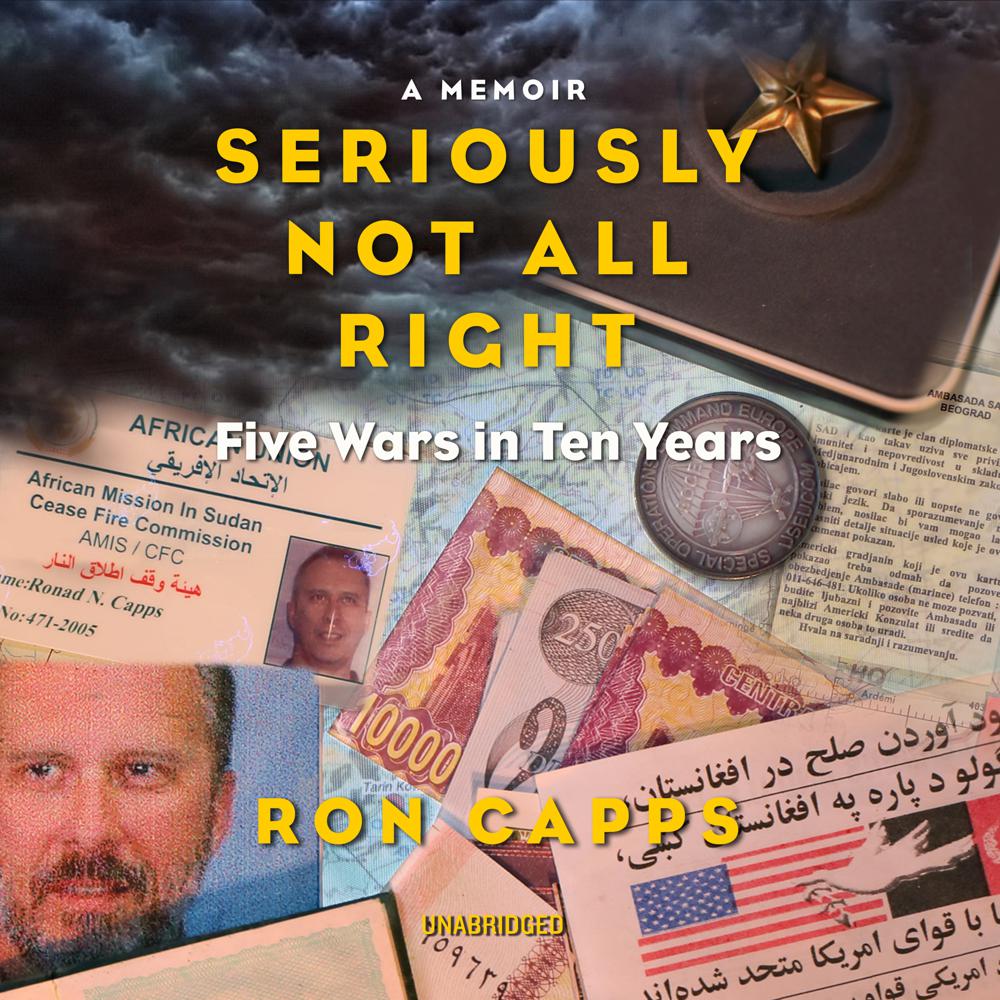 For more than a decade, Ron Capps, serving as both a senior military intelligence officer and as a Foreign Service officer for the US Department of State, was witness to war crimes, ethnic cleansing, and genocide. From government atrocities in Kosovo, to the brutal cruelties perpetrated in several conflicts in central Africa, the wars in both Aghanistan and Iraq, and culminating in genocide in Darfur, Ron acted as an intelligence collector and reporter but was diplomatically restrained from taking preventative action in these conflicts. The cumulative effect of these experiences, combined with the helplessness of his role as an observer, propelled him into a deep depression and a long bout with PTSD, which nearly caused him to take his own life. Seriously Not All Right is a memoir that provides a unique perspective of a professional military officer and diplomat who suffered (and continues to suffer) from PTSD. His story, and that of his recovery and his newfound role as founder and teacher of the Veterans Writing Project, is an inspiration and a sobering reminder of the cost of all wars, particularly those that appeared in the media and to the general public as merely sidelines in the unfolding drama of world events.

“An affecting meditation about our recent expeditionary wars and the consequences for those we have sent into the fight.”

“This powerful and necessary work teaches us that, while we cannot expunge the ghosts of history, we can and must bear witness and share the truth as we know it.”

“The writing is crisp, authoritative, rueful, very much alive in the face of death, and political in the best sense: an eyewitness account.”