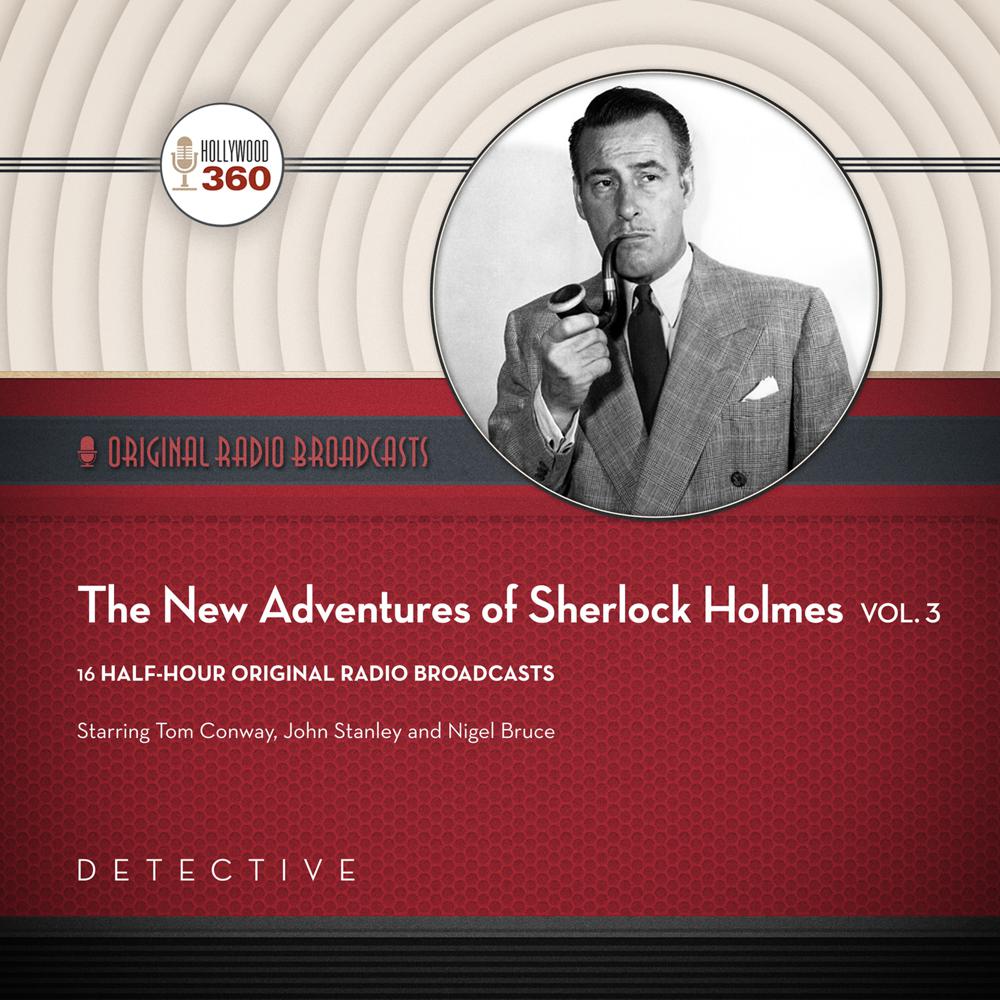 Tom Conway and John Stanley star as Sir Arthur Conan Doyle’s brilliant detective Sherlock Holmes in sixteen crime stories that will keep you glued to your chair—cup of tea in hand!

Sir Arthur Conan Doyle’s detective genius, Sherlock Holmes, came to NBC radio in 1930 starring Richard Gordon. By 1939, Basil Rathbone was heard as Holmes with Nigel Bruce as Doctor Watson. The duo were simultaneously starring in a popular series of Sherlock Holmes features for Fox, and later for Universal. By the end of the feature run in the mid 1940’s, Rathbone was eager to separate himself from the radio show to avoid being typecast. Tom Conway took over with Nigel Bruce continuing as Watson (in this paring Nigel Bruce received top billing). Tom Conway and Nigel Bruce were replaced in 1947 by John Stanley and Alfred Shirley. Others to portray Holmes and Watson over the radio run were George Shelton and Ian Martin and Ben Wright and Eric Snowden. This collection stars Tom Conway (Holmes) and Nigel Bruce (Watson) in the first four episodes and John Stanley (Holmes) and Alfred Shirley (Watson) in the remaining twelve episodes.