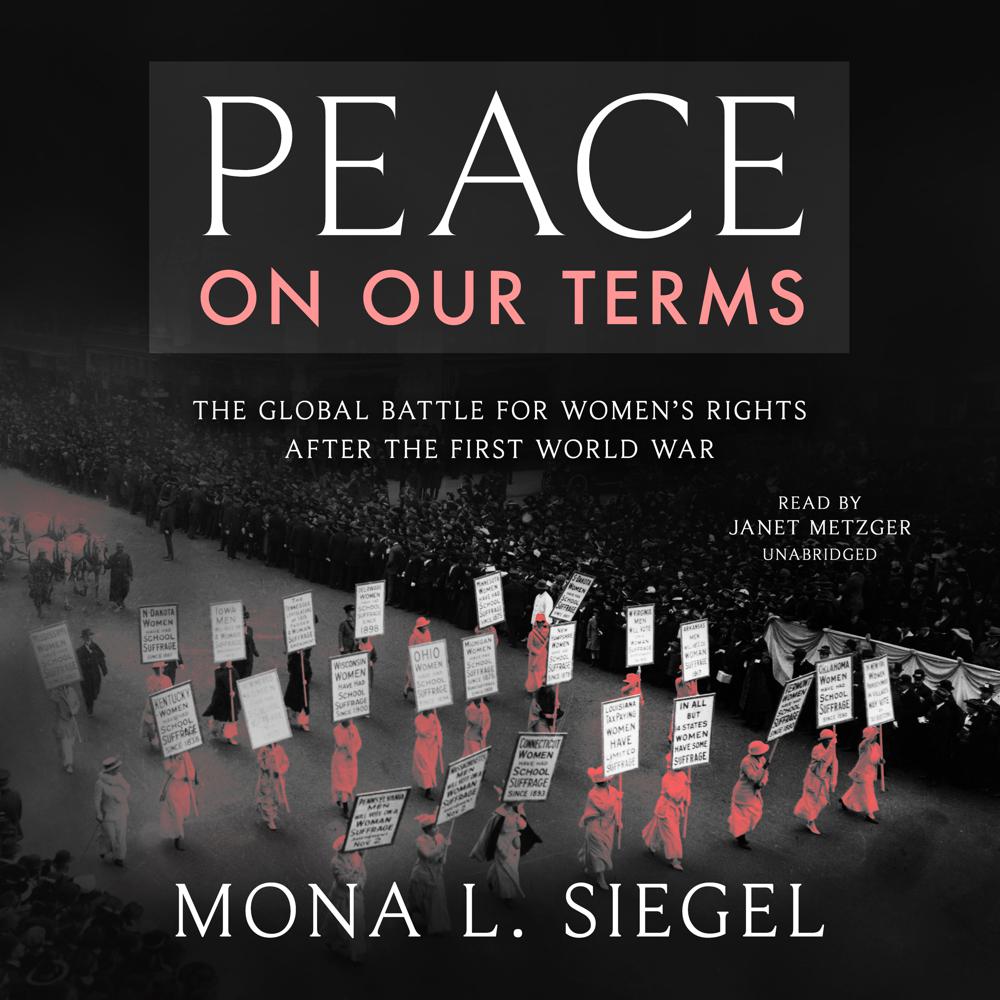 In the watershed year of 1919, world leaders met in Paris, promising to build a new international order rooted in democracy and social justice. Female activists demanded that statesmen live up to their word. Excluded from the negotiating table, women met separately, crafted their own agendas, and captured global headlines with a message that was both straightforward and revolutionary: enduring peace depended as much on recognition of the fundamental humanity and equality of all people—regardless of sex, race, class, or creed—as on respect for the sovereignty of independent states.

Peace on Our Terms follows dozens of remarkable women from Europe, the Middle East, North America, and Asia as they crossed oceans and continents; commanded meeting halls in Paris, Zurich, and Washington; and marched in the streets of Cairo and Beijing. Mona L. Siegel’s sweeping global account of international organizing highlights how Egyptian and Chinese nationalists, Western and Japanese labor feminists, white Western suffragists, and African American civil rights advocates worked in tandem to advance women’s rights. Despite significant resistance, these pathbreaking women left their mark on emerging democratic constitutions and new institutions of global governance. Drawing on a wide range of sources, Peace on Our Terms is the first book to demonstrate the centrality of women’s activism to the Paris Peace Conference and the critical diplomatic events of 1919. Siegel tells the timely story of how female activists transformed women’s rights into a global rallying cry, laying a foundation for generations to come.

“Siegel vividly describes how the feminist activism kick-started in 1919 crossed national borders and racial and class divides and propelled the women’s rights movement through the rest of the twentieth century…This sparkling, character-driven history will captive readers interested in the suffrage movement and feminist history.”

“The first book that takes a comprehensive look at women’s activism during the critical diplomatic events following the end of World War I…Focused biographies of these key leaders are placed in the context of both their activities and political developments in their home countries.”

“Janet Metzger’s narration is steady and rhythmic in a way that pulls the listener into the flow of this work…This story of a neglected part of history is well told.”

“A stunning retelling of the Great War’s aftermath and how women rose up at the war’s end to demand a different and better world…This is history and drama at its finest.”

“Few scholars have this capacity for such beautiful writing. The book is truly engaging, and readers will come to ‘know’ the key figures in really personal ways.”

“An outstanding contribution to our understanding of the post–World War I period. A beautifully written, inspiring page-turner!”