Ship and the Storm
Jim Carrier 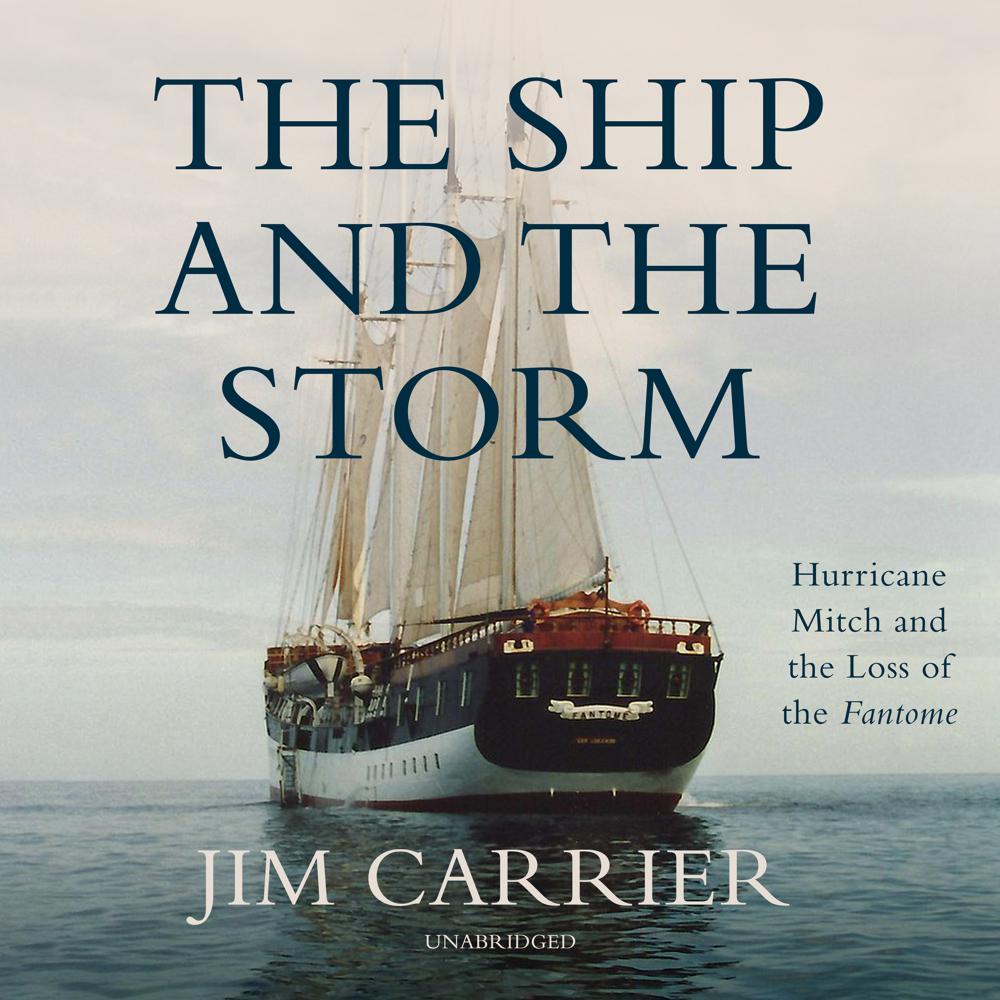 Captain Guyan March had spent his entire professional career aboard Windjammer Barefoot Cruises’ fleet of extravagant tall ships that carry passengers on weeklong fantasy cruises spiced with rum and sun. When he agreed to command the Fantome, Windjammer’s marquee ship, a beautiful 282-foot schooner that “sailed like a pig” in the Gulf of Honduras, he knew that a storm would leave him little space to run. In the southern reaches of the Caribbean, Tropical Storm Mitch whirled to life like a nebula and became Captain March’s worst nightmare—a category five storm with 180-mile-per-hour winds and fifty-foot seas. After discharging his passengers in Belize, Captain March and his crew, most of them West Indians, took the $20 million uninsured tall ship out to sea to dodge the approaching storm. What ensued was a deadly game of cat and mouse that confounded experts’ predictions and cornered the Fantome with eerie precision.

Based on journalist Jim Carrier’s exhaustive research and hundreds of interviews, The Ship and the Storm explores the story of the Fantome and Hurricane Mitch from every angle. From the deck of the ship, to the research planes flying into the eye of the hurricane, to islanders and coastal villagers in a desperate battle for survival, The Ship and the Storm is the heartbreaking and horrifying story of the most destructive hurricane in Western Hemisphere history.

“[A] dark drama of duty and courage…Gripping but never exploitative.”

“A remarkable work…An unfolding detective story whose protagonist is a storm that defies reliable forecasting, and a behind-the-scenes exposé.”