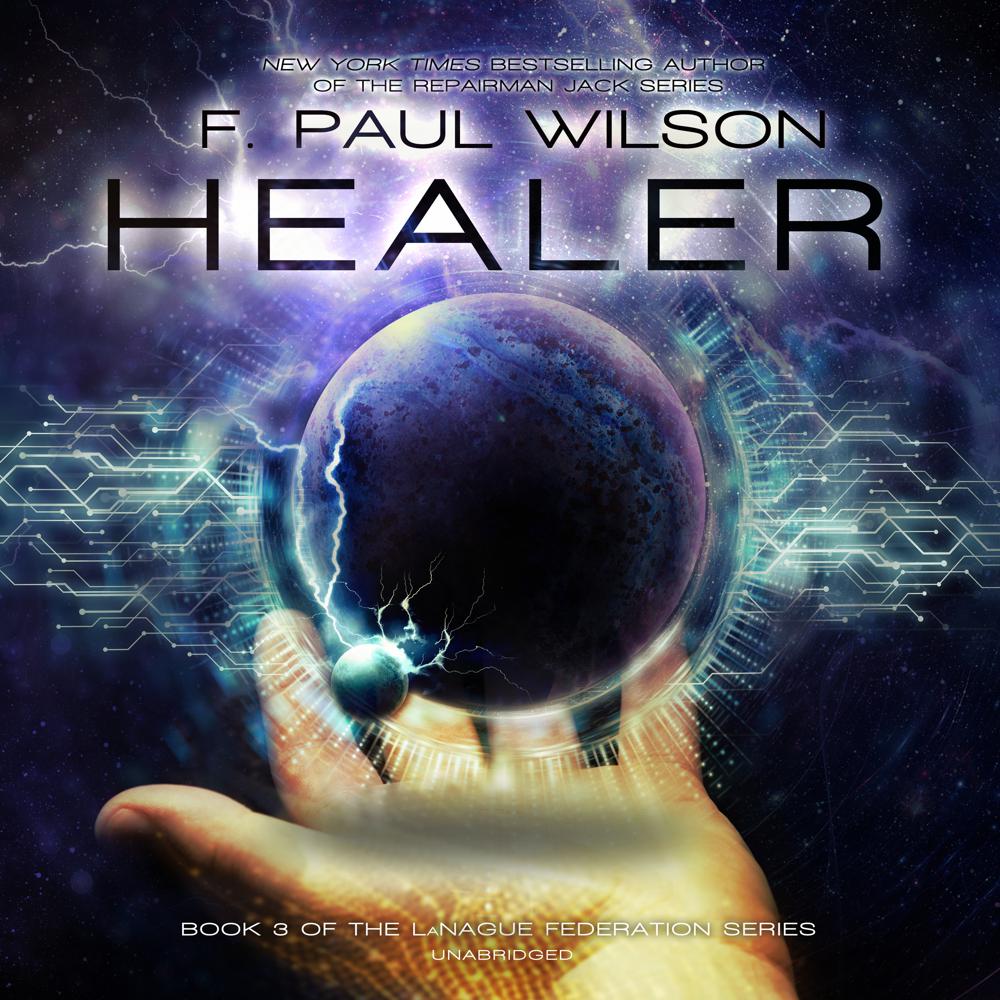 Steven Dalt should have died in that cave on the planet Kwashi. After all, as the natives say, of a thousand people attacked by the cave-dwelling alaret, nine-hundred-and-ninety-nine will die. Dalt survives, but not without personal cost: he has picked up a passenger: an alien intelligence transferred itself from the alaret to take up residence in his brain. Steven Dalt will never be alone again. But Pard, as Dalt names the alien who shares his life, doesn’t believe in freeloading. He pays his rent by using cellular-level consciousness to maintain Dalt’s body in perfect health—no disease, no aging. And now Dalt appreciates the full meaning of the Kwashi natives’s saying: of a thousand struck down by an alaret, nine-hundred-and-ninety-nine will die. But the thousandth will not die … ever.

Spanning twelve hundred years, Healer follows Dalt and Pard through the centuries as they become known as the Healer, an enigmatic figure with the power to cure diseases of the mind. And when a wave of interstellar slaughter threatens the civilizations of the LaNague Federation, only the Healer has the resources to face the onrushing doom.

“Healer is a well-plotted, well-paced, well-told novel…[It] should be of particular interest to the Heinleinian reader.”

“Highly enjoyable and meaningful…This book is for people looking for new ideas and new points of view.”