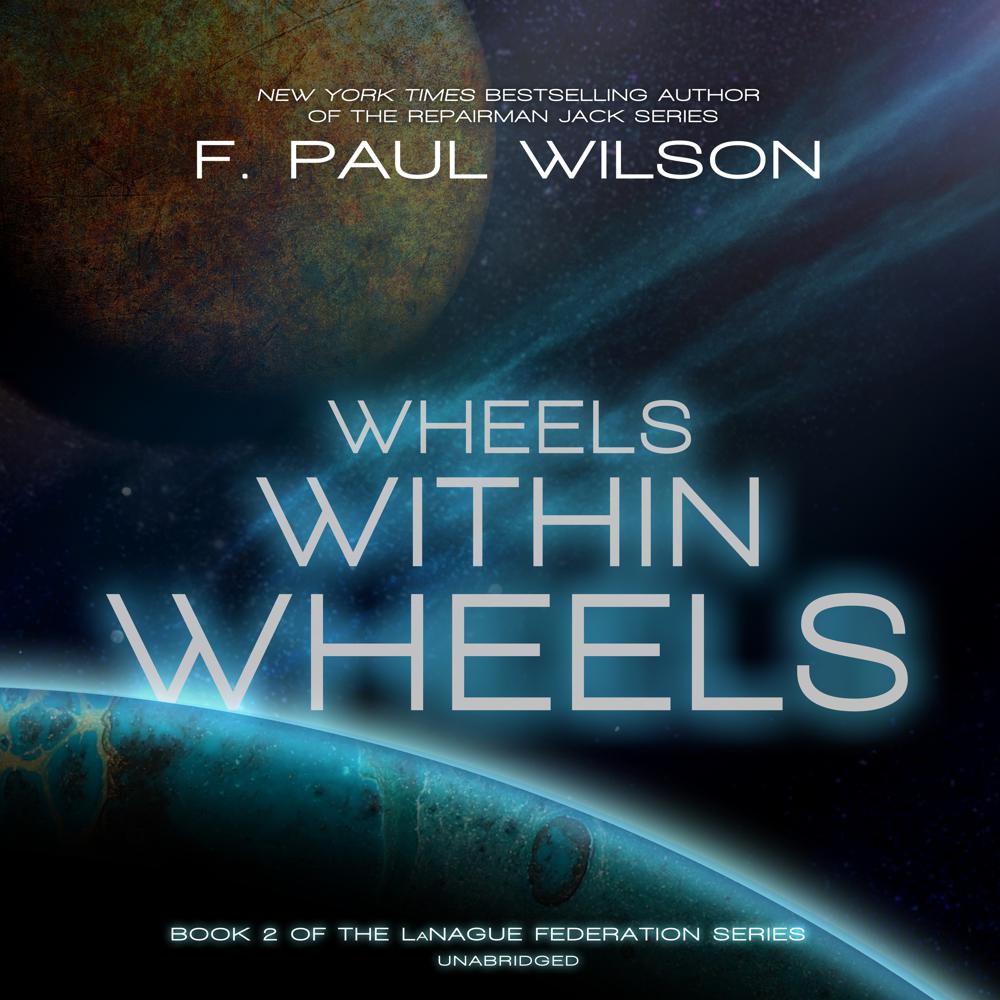 A monstrous conspiracy is brewing against the LaNague Federation and the freedoms it guarantees to its member planets—at least that’s what Old Pete says. He’s come to the offices of Interstellar Business Advisors, a firm he cofounded more than half a century before, to enlist the aid of its current CEO, Josephine Finch. Dubious at first, Jo humors the old man by promising to look into the matter.

She does not have to look far before she is convinced that something is afoot, something that will not bear the light of day, something involving a revolutionary means of interstellar travel. And when one of the trails leads to the planet Jebinose, site of her father’s bizarre death, Jo finds herself personally involved.

She is soon pitted against one of the shrewdest, most devious minds in Federation politics, and against a wild-card psi who might well destroy them both. But what Josephine Finch begins, she finishes.

Wheels Within Wheels follows her on a course that involves five planets and three alien races. Before she is through, she will bring the galaxy’s largest corporation to its knees, avenge her father’s death, abort a cynical political plot, and start an interstellar war.