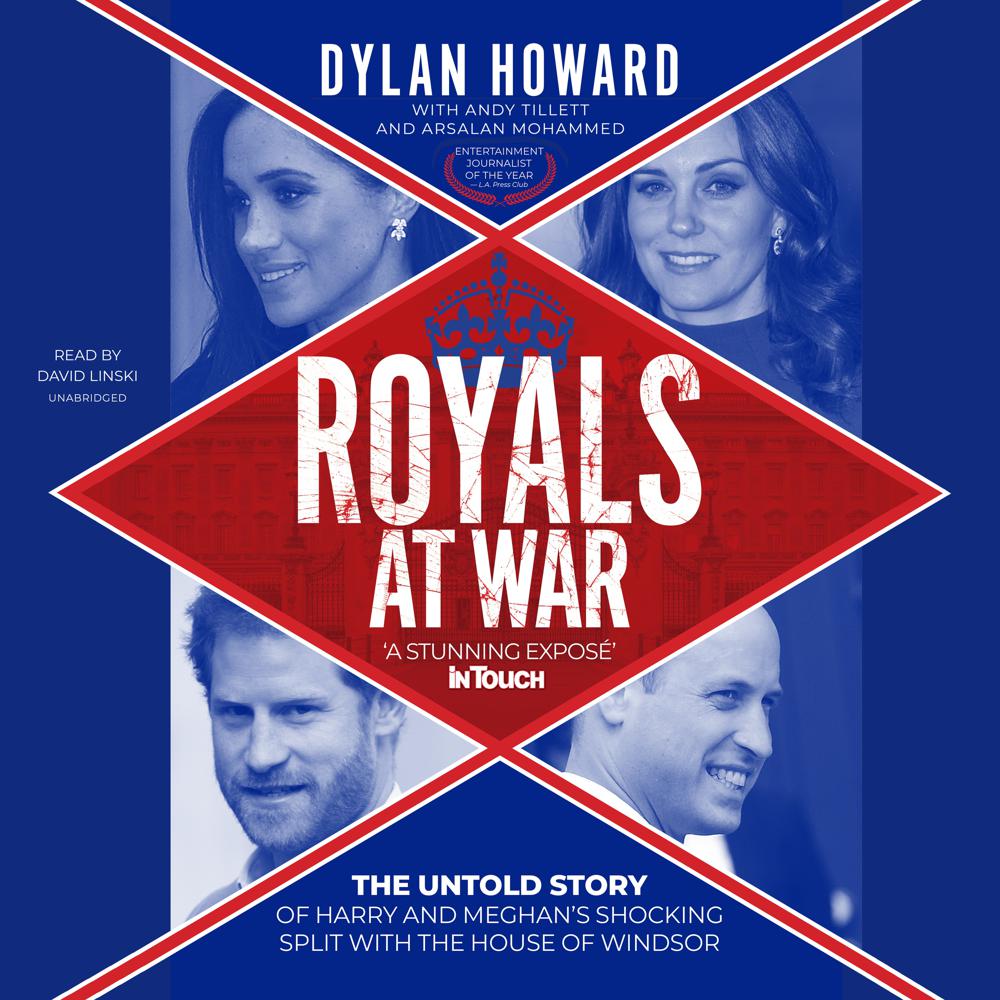 Reveals shocking revelations about Prince Harry, Meghan Markle, and the British Royal Family—and the divisive rifts between them

This explosive exposé, Royals at War, takes readers inside a riven Buckingham Palace to provide the definitive account of the unfolding abdication crisis of 2020—dubbed Megxit—during which the Duke and Duchess of Sussex, Prince Harry and Meghan Markle, became royal outcasts.

Through revealing interviews with royal family insiders, friends, aides, historians, royal watchers, and others with intimate knowledge of the House of Windsor, this tell-all book looks back at the events, motives and crises which led to Harry (sixth in line to the throne) dramatically abandoning his birthright—in a move not seen for nearly a century, when King Edward VIII also gave up the crown for the woman he loved as Europe teetered on the brink of fascism and war. Like Edward and Wallis Simpson, the catalyst for the scandal here is also an ambitious, controversial American woman.

Dylan Howard, bestselling author of Diana: Case Solved and Epstein: Dead Men Tell No Tales, charts how Meghan’s relationship with Harry was viewed as controversial from the start—and how her brief honeymoon with the British public began to sour shortly after she and Harry announced in November 2018 that they would be leaving Kensington Palace to move to Frogmore Cottage, an hour outside London. As senior royals expressed disapproval, the public at first seemed to enjoy the royal spat, with many still supporting Team Meghan—until it emerged that the bill to renovate Frogmore Cottage to Meghan’s lavish expectations would be $3 million … and be picked up by British taxpayers.

Finally, in a move nobody saw coming, Harry announced he was turning his back on the role he had been groomed for since birth—giving up his HRH title, repaying the renovation costs of Frogmore Cottage, abandoning his royal duties, and leaving Britain for good. Buckingham Palace reeled.

Howard’s unique access and insight into this constitutional crisis will not only address the tensions and tantrums behind closed palace doors, but seek to answer the questions many are still asking:

Has Prince Harry ever really recovered from the death of his mother Diana—and the resentment he feels against the institution that tried to destroy her?Why did Meghan, once hailed as a breath of fresh air, rile up the monarchy?Why did she refuse to conform to royal conventions in the way that Catherine did before her?Did the public and media criticism of Meghan go too far? And just how valid are the accusations of racism?How did these modern royals treat the tabloids differently to tradition? And did it backfire?What next for Harry and Meghan? And how will they—and the institution they’ve turned their back on—react to their new lives outside the confines of the Palace and free from the strict codes and conventions that bind all members of the Royal Family?

Caught in a trap by virtue of a life entombed in a gilded cage, Royals at War answers these questions and more … and reveals how Harry’s infatuation with Meghan and desire to modernize the monarchy could yet end in disaster for the House of Windsor. Played out against the cataclysm of the British tabloid’s laser focus on the duchess’ every movement—for good or ill—this is the true story of Harry and Meghan’s split from the Establishment … and perhaps just the beginning of a whole new Monarchy, redefined for the modern age.